Who needs peer review when you can Pruitt review climate science? - Grist 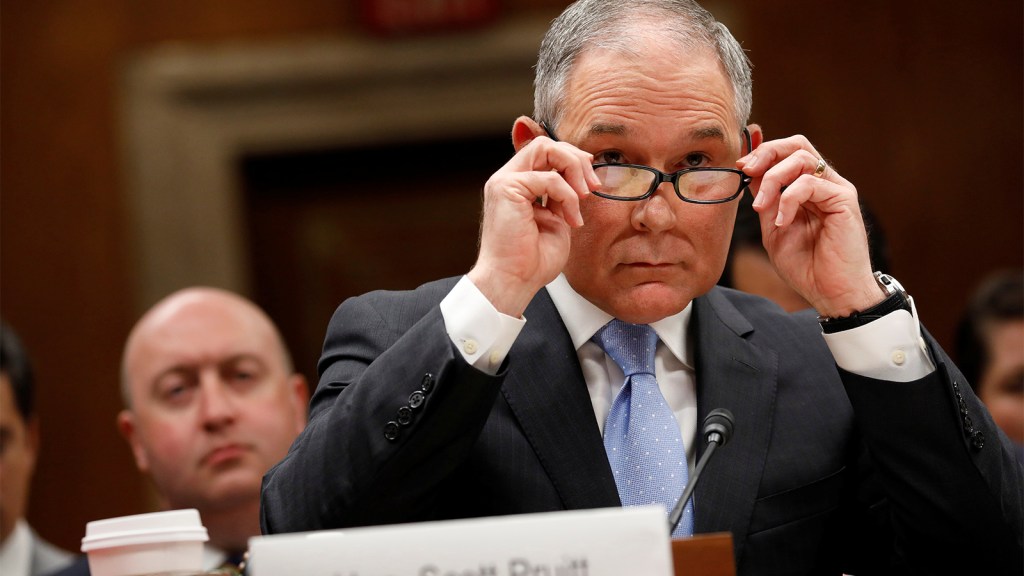 Who needs peer review when you can Pruitt review climate science?

EPA Administrator Scott Pruitt has introduced an initiative to review mainstream climate science, according to a report by Emily Holden in E&E News that cites a senior Trump administration official.

The agency will “recruit the best in the fields which study climate” to conduct red team-blue team exercises, the source says. The military technique would essentially pit opposing sides on climate science against one another to debate the consensus on human-made climate change.

The set-up shouldn’t come as too much of a surprise from an administrator who has contended that carbon dioxide isn’t a significant contributor to warming. The administration has batted the red team-blue team idea around for weeks. But some have interpreted Pruitt’s initiative as a step toward challenging the Endangerment Finding, a 2009 EPA decision that the government must regulate greenhouse gasses under the Clean Air Act. If Pruitt were to come after the Endangerment Finding, a protracted legal battle would undoubtedly follow.

“We are in fact very excited about this initiative,” the official told E&E.

Emma Foehringer Merchant
A drought in the Dakotas spells trouble for the U.S. wheat harvest.
Oil companies are just not that into Keystone XL.