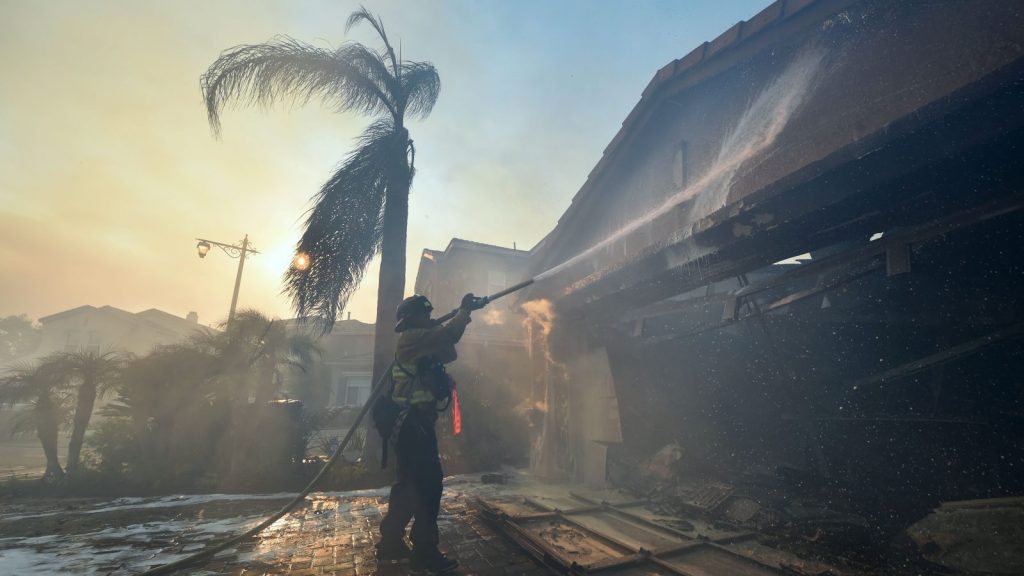 An out-of-control blaze in the Anaheim Hills east of Los Angeles cast a foreboding orange glow over the city on Monday as it burned homes and forced the evacuation of thousands of local residents.

As of Tuesday morning, the Canyon Fire 2 — following a previous Canyon Fire last month — was just 5 percent contained, with more than 1,000 firefighters on-site. Along with deadly fires in the San Francisco Bay Area, this week’s statewide wildfire outbreak ranks as one of the most destructive in history.

The Anaheim inferno grew 100-fold in size within a few hours on Monday. Residents in foothill neighborhoods scrambled to safety throughout the afternoon. The Los Angeles Times reported that at an elementary school within the evacuation zone, parents were seen abandoning their cars and going to grab their children on foot.

At nearby Disneyland, bewildered tourists gawked at the orange sky as a red sun shone through the pall of wildfire smoke. The significance of the juxtaposition was not lost on internet commenters.

So-called “Santa Ana winds” fanned the flames, leading to explosive fire growth. Scientists expect that these gusts, notorious for stoking some of the worst fires in state history, will become more severe with climate change.

Weather conditions are expected to improve on Tuesday, but the local branch of the National Weather Service expects another of these wind events this weekend.