Will an obstinate Senate help heat up the planet? - Grist 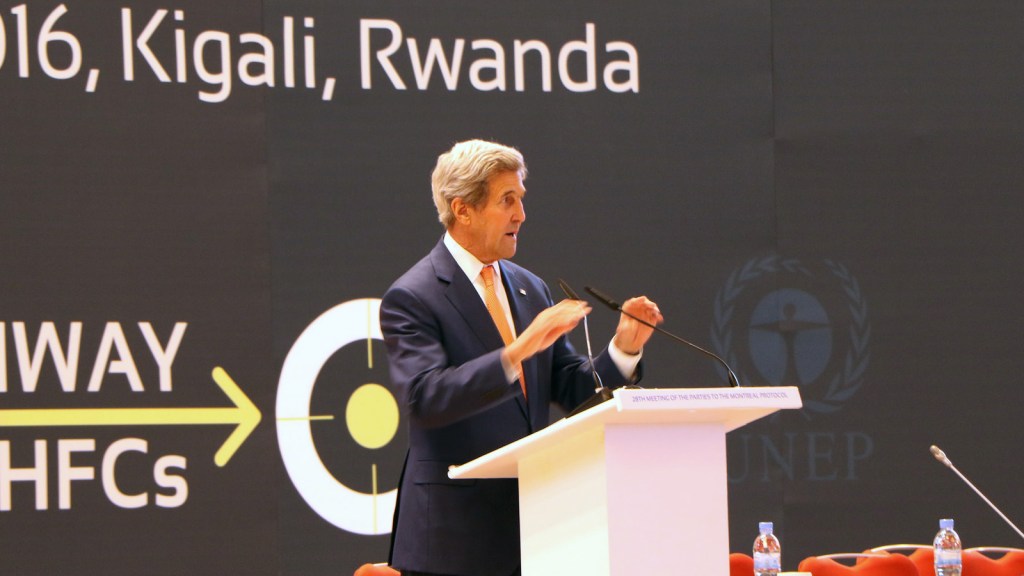 Will an obstinate Senate help heat up the planet?

It might, according to a report from Climate Central.

A landmark agreement to phase out the use of hydrofluorocarbons, a potent greenhouse gas, was struck over the weekend in Kigali, Rwanda. Some 170 countries agreed to amend the Montreal Protocol, a 1987 treaty banning chlorofluorocarbons, to regulate HFCs, a coolant used in air conditioners and refrigerators. The agreement aims to reduce projected global warming by 0.5 Celsius.

The 1987 treaty banned CFCs in an effort to repair the hole in the ozone layer. The target this time is on fighting climate change.

It’s unclear if the Kigali agreement needs to be ratified by a two-thirds vote of the U.S. Senate. Treaties do, but this is an amendment to an existing treaty. If the Senate’s stamp of approval is needed, the chamber would almost certainly block it. And whatever the outcome of this year’s elections, Republicans seem sure to hold far more than one-third of the votes in the Senate.

A State Department spokesperson told Climate Central she wasn’t sure if the Senate’s approval is required: “We will need to examine the content and the form of the agreed amendment, as well as relevant practice.”

Ben Adler
September was hot — really hot.
The stem cell burger is back, and this time it might even be affordable.