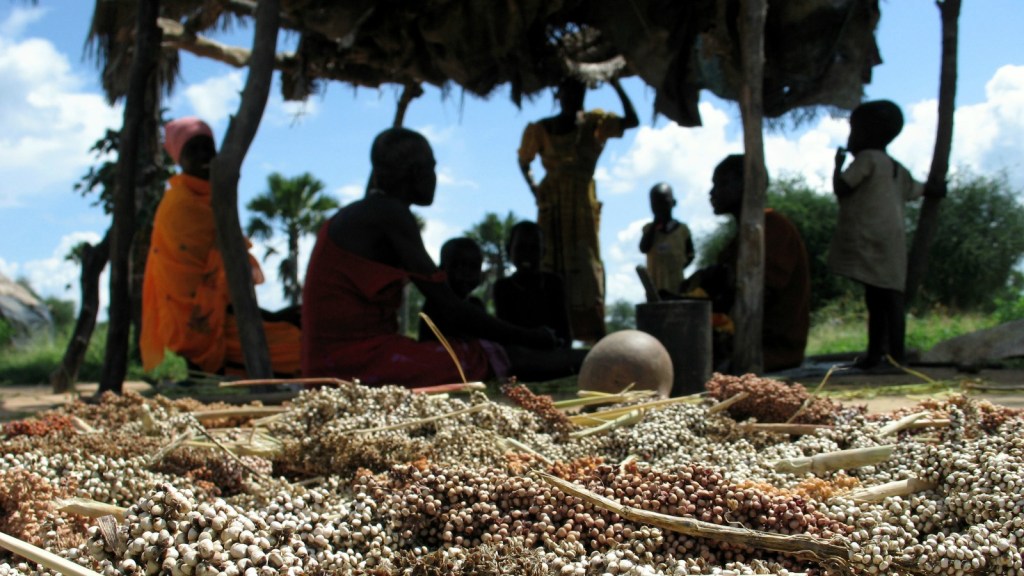 The number of hungry people in the world grew to 815 million in 2016. That’s up by 38 million from the previous year, according to a new report from the United Nations.

Researchers pinpoint a rise in conflict and climate change–related shocks as the major drivers. And they’re related: Spikes in heat are linked with spikes in violence. Extreme drought and war caused famine in South Sudan for several months this year, and conflict-affected countries like Somalia, Yemen, and northeast Nigeria are currently at risk of famine, the U.N. reports.

As the climate becomes less stable, the world faces many food security challenges. Climate-related disasters — more frequent and more intense droughts, floods, and storms — can destroy crops and homes. Meanwhile, climate change has begun to affect crop yields and decrease the nutritive benefits of many plants.

And yet, the growing availability of high-calorie, nutrient-poor foods complicates this picture of global hunger. As Western food companies expand to poorer countries, they introduce junk food to more people. In a New York Times investigation of Nestle’s impact on obesity and malnutrition in Brazil, the authors point out a sobering fact: “Across the world, more people are now obese than underweight.”

Kate Yoder
Donald Glover’s ‘Atlanta’ is a double-Emmy winner.
Houston was built for cars. What happens when Harvey destroys 250,000 vehicles?