Yeah, Zika's still a thing - so why won't Congress pass funding to fight it? - Grist

Yeah, Zika’s still a thing — so why won’t Congress pass funding to fight it?

For the past seven months, public funding for Zika prevention has been caught in an extended partisan tango. Today, legislators were supposed to vote on a deal to commit over $1 billion to fighting the disease, but Rep. Mitch McConnell (R-Ky.) just postponed the vote for the second time in two days:

10 mins before vote on #Zika and govt funding, McConnell says its not happening. "At this point it's safe to say we'll be here next week."

The ongoing standstill stems from a provision that would prevent Planned Parenthood affiliates in Puerto Rico from receiving any Zika prevention money. As McClatchyDC reports, Planned Parenthood’s supporters decry this provision as one of many attempts to restrict its funds.

While Puerto Rico has been hit hardest by the virus, other regions of the country are hardly safe. An analysis this month from the Population Institute found that states most threatened by Zika are also those with the least access to reproductive services like birth control, gynecological exams, and abortion. The dearth of these services disproportionately affects low-income women. 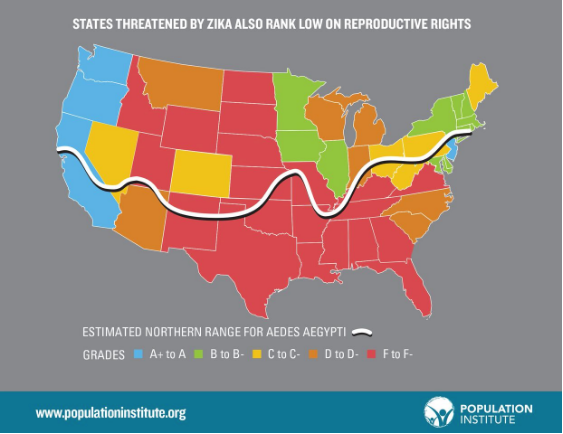 Tests for the virus, too, have become hard to come by. The New York Times reports that Florida already has a backlog. Many others across the country hoping to verify a negative diagnosis do not meet CDC testing guidelines, and cannot be referred for the tests required.

Meanwhile, the CDC estimates up to 10,300 pregnant women will contract Zika before year’s end. Come on, Congress.

Emma Foehringer Merchant
Donald Trump might appoint an oil executive and anti-animal rights activist to head the Interior Department.
We are the bosses of self-driving cars, say the feds.