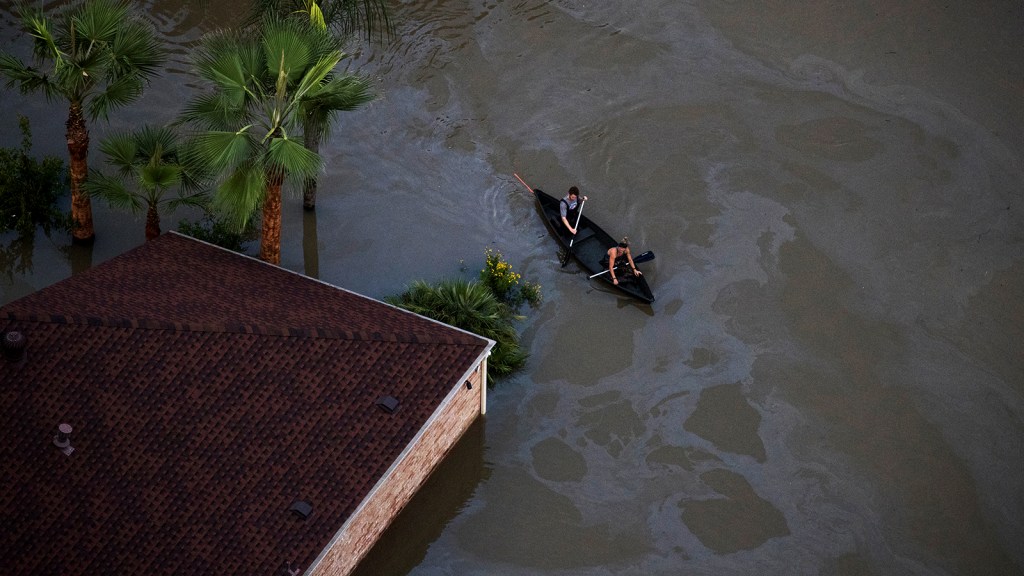 An AP reporter visited seven sites on Thursday, and found that all were underwater.

One site, the Highlands Acid Pit, Jason Dearen writes, was barely visible above the churning San Jacinto River, and “the air smelled bitter.” Nearby, “a pair of tall white tanks had tipped over into a heap of twisted steel.” At the San Jacinto River Waste Pits — which are full of dioxins and other hazardous substances — “the flow from the raging river washing over the toxic site was so intense it damaged an adjacent section of the Interstate 10 bridge.”

The EPA later confirmed that, using satellite imagery to check a total of 41 Superfund sites, 13 had flooded. Employees had begun inspections on Monday for damage and possible contamination, but have yet to release any findings. The agency also, bizarrely, put out a statement calling the AP’s story “incredibly misleading” and “inaccurate” — without contradicting any of its facts.

Amelia Urry
Can we not talk about Hurricane Harvey’s effect on car sales right now?
Rain in Seattle is normal. Raining ash, however, is not.