You can blame a 'medicane' for this week's deadly flooding in Greece. - Grist 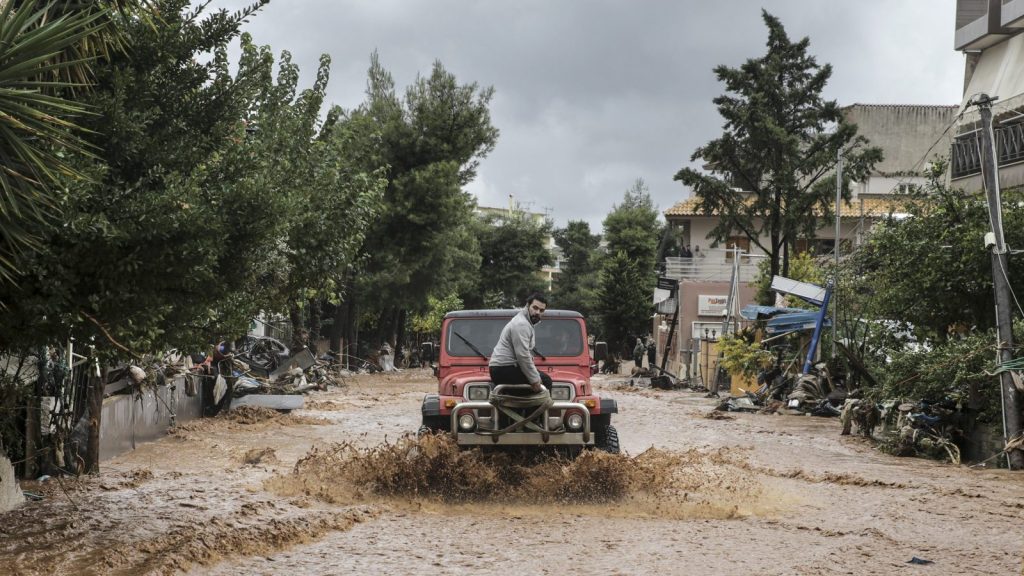 You can blame a ‘medicane’ for this week’s deadly flooding in Greece.

Nope, a “medicane” is not a new type of health insurance. It’s a Mediterranean hurricane — such as the one currently developing in the Mediterranean Sea, where warming waters have produced a weather system with the characteristics of a subtropical cyclone.

Flash floods linked to moisture from the storm hit parts of Greece on Wednesday, killing 16 people and injuring dozens more. The storm is projected to skirt Sicily and head toward Greece this weekend, potentially inflicting more damage.

Medicanes are so uncommon that scientists have yet to establish a clear set of criteria for them. Weather systems like these are more typically found in the Caribbean, where warmer water temperatures feed tropical storms.

A Mediterranean cyclone generally counts as a medicane if it forms the characteristic hurricane-like “eye,” according to Emmanouil Flaounas, a meteorologist at the National Observatory of Athens who conducts research on medicanes through a European Commission-funded project.

His research suggests that Mediterranean cyclones will occur less frequently, but with more intensity, in the coming years. “Several future climate scenarios show a clear increase of the sea temperature, and this will be certainly related to an intensification of future cyclones,” he wrote in an email to Grist.