You can expect Neil Gorsuch to be bad news for the environment. - Grist 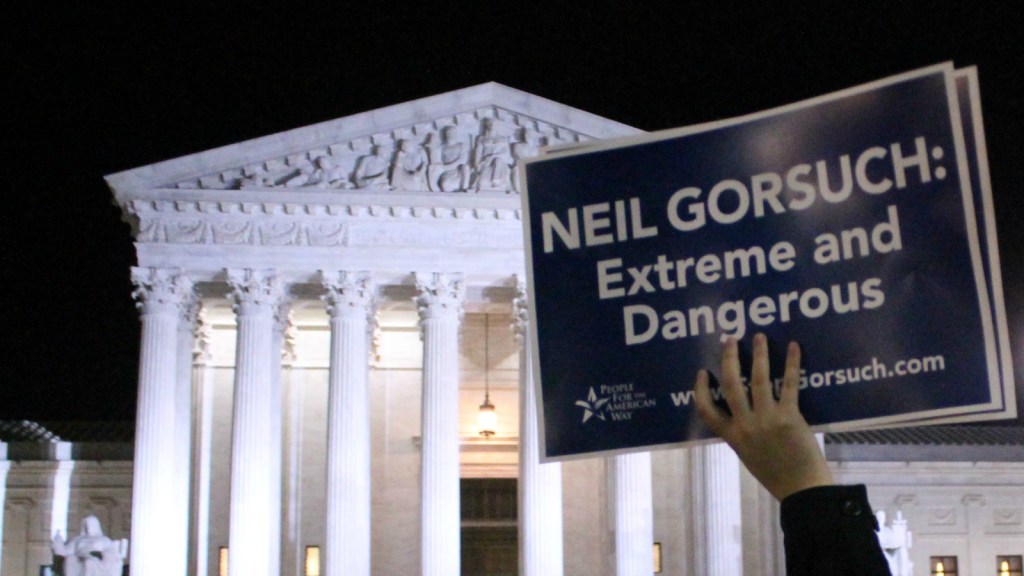 You can expect Neil Gorsuch to be bad news for the environment.

Gorsuch, who was confirmed by the Senate on Friday in an ugly, partisan fashion, will be sworn in as a Supreme Court justice on Monday.

As an appeals court judge, Gorsuch did not issue major rulings on environmental issues. And the rulings he did issue do not demonstrate a consistent leaning toward or against environmental protection, according to an Associated Press analysis.

Still, Gorsuch’s record has advocates worried. He has argued that courts should not necessarily defer to federal agencies’ interpretations of ambiguous laws, Vermont Law School Professor Patrick Parenteau recently wrote in Grist. This means Gorsuch is likely to be skeptical of the Clean Power Plan and the Clean Water Rule, which were written by agencies during the Obama administration, as well as other federal regulations. And he has a strong tendency to side with corporations.

Gorsuch, age 49, will be the youngest member of the court and could serve for decades. His seat should have gone to Merrick Garland, President Obama’s thwarted court nominee, who was much more sympathetic to environmental regulations.

Lisa Hymas
Trump plans to open more offshore areas for drilling, but the law may stand in the way.
Meet the fixer: This comedian spotlights indigenous rights.