You know the drill: 11 of the last 12 months hit record high temps. - Grist 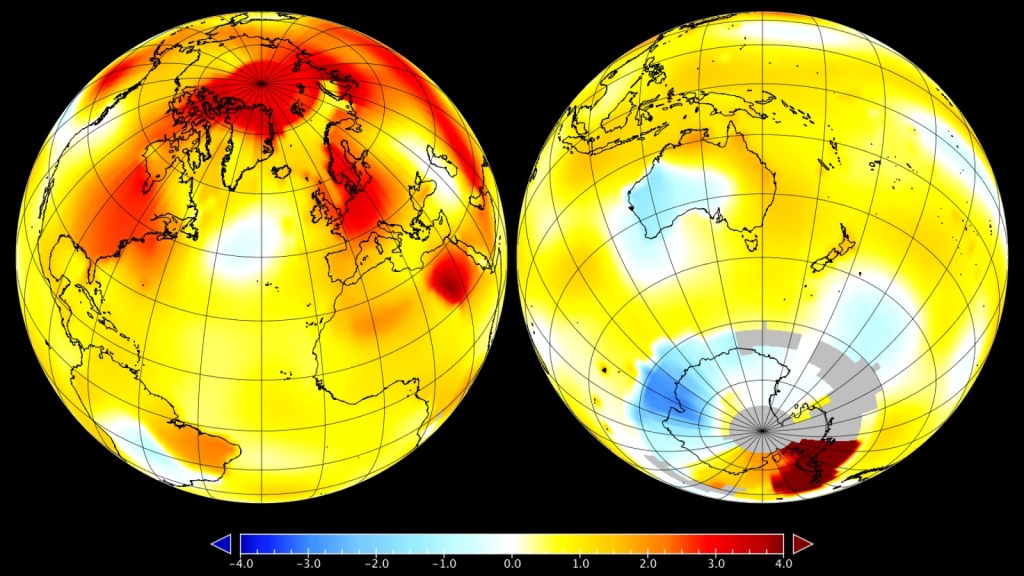 You know the drill: 11 of the last 12 months hit record high temps.

September 2016 is officially the newest addition to a record-breaking streak of hottest-ever months, according to NASA’s latest data. NOAA’s data is likely to confirm September 2016’s slight edge on Tuesday.

Since October 2015, we’ve broken a new record every month, except June. (June 2016 was only the third-warmest June on record. Bless you, June, for some sweet, temporary, doomed relief.)

If it’s any consolation, this September beat out the next-warmest September — 2014 — by a very narrow margin — only 0.004 degrees C.

Amelia Urry
Nearly every country in the world has agreed to cut back on a potent greenhouse gas.
A judge has thrown out Amy Goodman’s riot charges for reporting on Dakota Access.