no pay pal of mine 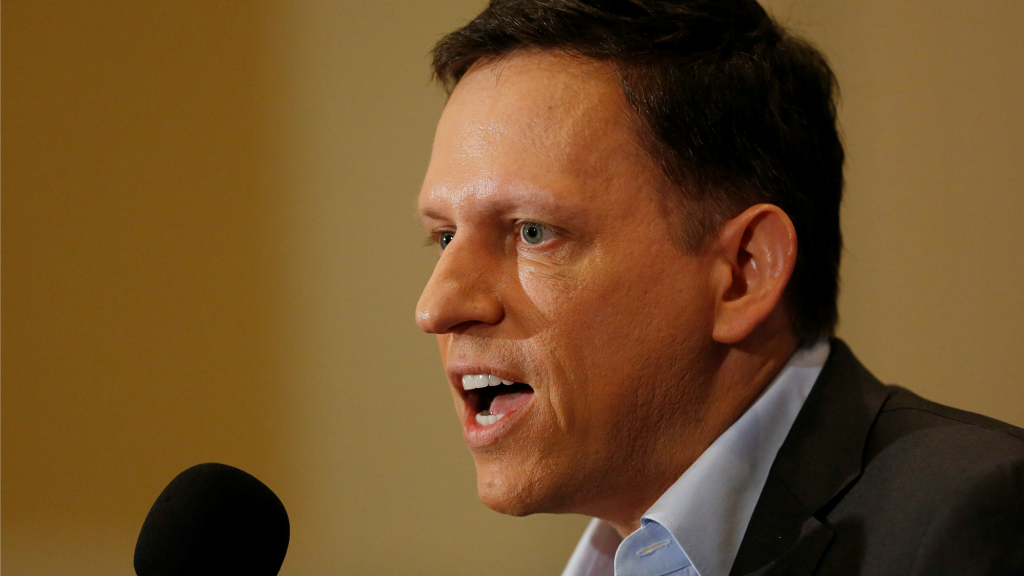 Thiel is a Silicon Valley venture capitalist and a libertarian. For the last five years, the Paypal founder has been giving $100,000 fellowships to a select group of people under the age of 21, with the conditions that they drop out of school and start a company instead.

But in the wake of Thiel’s appointment as a member of Donald Trump’s transition team, one Thiel fellow, Cosmo Scharf, announced he’s quitting: “I’m turning down the rest of the grant that I haven’t received yet  —  which is a LOT of money  — and donating what I have already received to a charity or project related to climate change because our planet is about to get wrecked.”

Then, being a virtual reality entrepreneur, he makes a pitch for VR as something we need “now more than ever” to help people understand each other.

This isn’t the first time that Silicon Valley has disagreed over climate action. In 2013, Elon Musk left Fwd.us, a political action committee created by Mark Zuckerberg, over its support of the Keystone pipeline, and oil drilling in Alaska. Big players like Amazon, Microsoft, and Facebook have adopted a conciliatory tone post-election, but this may be a sign of tensions to come.