On the mountainous outskirts of Shenzhen, a fast-growing megacity in China, the largest waste-to-energy plant in the world is on the horizon.

You can bet that this disk-shaped trash-burning plant isn’t going to do any wonders for China’s notoriously bad air quality. It’s projected to burn 5,500 tons of trash per day — one-third of the waste Shenzhen produces. But the alternative isn’t very pretty, either. Fast Company reports:

In China, most waste currently goes to landfills or illegal dumps — piles of trash so huge that they can actually be dangerous, like the landfill in Shenzhen that collapsed in December and killed dozens of people nearby. It’s a space problem, but also a climate problem, because landfills emit potent greenhouse gases as garbage rots away.

Incinerating trash also pollutes, but a state-of-the-art plant like the one planned for Shenzhen can dramatically reduce pollution compared to a city dump. “Burning waste naturally creates pollutants, mainly carbon dioxide — something in the region of one metric ton of CO2 per metric ton of waste,” says [architect Chris] Hardie. “This does not sound great for sure, but when you compare it to putting the waste to landfill, one metric ton of waste will ultimately produce somewhere in the region of 60 cubic meters of methane as it decomposes — and this has more than twice the negative effect on global warming.”

The Chinese government plans to build 300 waste-to-energy plants in the next three years to combat the country’s growing waste problem.

This particular incinerator-to-be is designed by the Danes. As you might expect from those same folks who are shaming the rest of the world in wind power, the Shenzhen plant has a green twist. The design features a pedestrian path that winds along its one-mile circumference and a roof covered in 44,000 square meters of solar panels.

We’re hoping that the location is far enough from civilization to avoid displacing Shenzhen’s citizens. (After all, this is coming from the same country that just decided to displace 9,000 people to build a huge, alien-detecting telescope.)

When the plant opens in 2020, Shenzhen’s citizens will be among the few people in the world who could reasonably say, “Hey, wanna take a lap around the incinerator?” And according to the image below, those visitors are going to have a grand time admiring the wonder that is incineration. 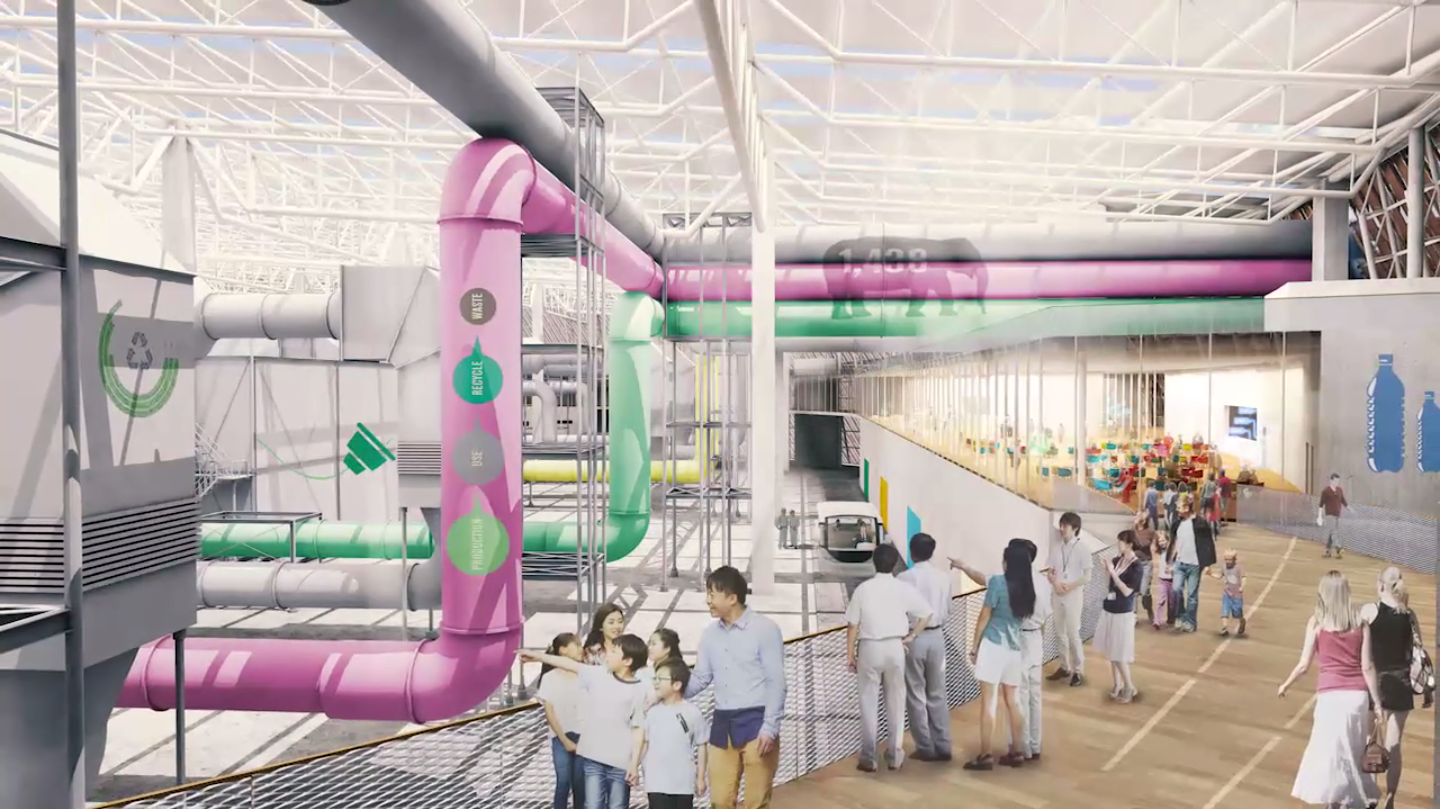 Here’s what the inside of the plant may look like.SHL Architects