The coast of southeast Louisiana is disappearing faster than anywhere else in the world — scientists estimate a football field of land is lost to rising sea levels every hour. With the earth literally shifting beneath their feet, communities have to adapt.

Many families are stalwartly digging in, elevating their properties to precarious heights, though perhaps no more precarious than the conditions they’re responding to. Other residents appear to be living life as usual, enjoying the degree of comfort that comes with living inside the region’s extensive flood protection system. Some are even building anew. Those situated outside of the levees and flood gates face the difficult choice of abandoning homes and businesses to nature.

“These clues in the built environment speak to what rapid land loss means on a larger social and economic level,” says Virginia Hanusik. “You can see tension and conflict and the opposing narratives that exist.“

Hanusik works as a water program manager at Propeller, a New Orleans-based non-profit that supports entrepreneurial approaches to social issues. She is also a photographer, focused on the interstices of changing landscapes and identity. Over the past two years, she has spent her free time traveling the muggy highways that crisscross southeast Louisiana, capturing a mix of faith, irony, humor, and desertion along its shores. 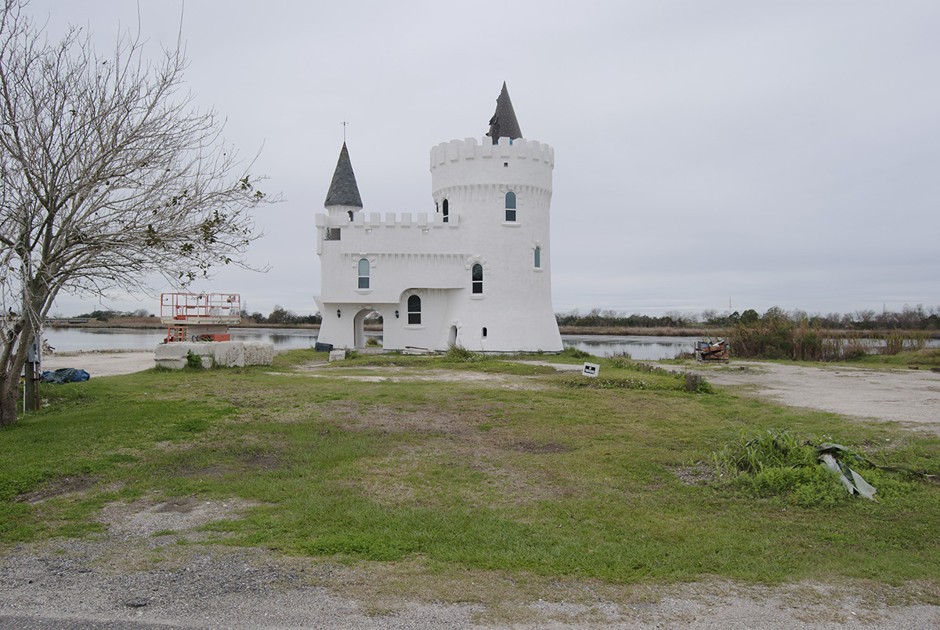 In one picture taken inside the southeast Lousiana flood protection system, an eccentric Irish-style castle perches on a bayou. In another, three stately manors sit, somehow coy, at the end of a cul-de-sac in a community called Venetian Isles. Green grass grows in the foreground of an open flood gate photographed over Route 46. Through its mouth, rows of dead trees can be seen.

It’s a different world on that other side of the levees, as Hanusik’s images show. “Welcome Survivors” reads a gas station sign in Grand Isle, a tiny barrier island regularly pummeled by hurricanes. At the entrance to the Isle de Jean Charles, whose residents are considered the first American climate refugees, someone has written a sign: “We are not moving off this island. If some people want to move they can go. But leave us alone.” There and on the mainland, bungalows and multi-story buildings sit on a variety of stilt constructions. Refineries appear to be some of the few things operating as they always have. In the bluest sky, their soft white smoke mixes with the clouds.

Hanusik calls the series “Backwater,” a name that evokes the left-behind feeling captured in many of her photographs. “I think this work helps to think about a crisis that is going to be happening all over the world,” she says, pointing to fishing communities in Vietnam and the Marshall Islands also feeling the effects of rising seas. “We’re just experiencing it at an accelerated rate.”

Explore more of “Backwater,” and other work by Hanusik, on her website. 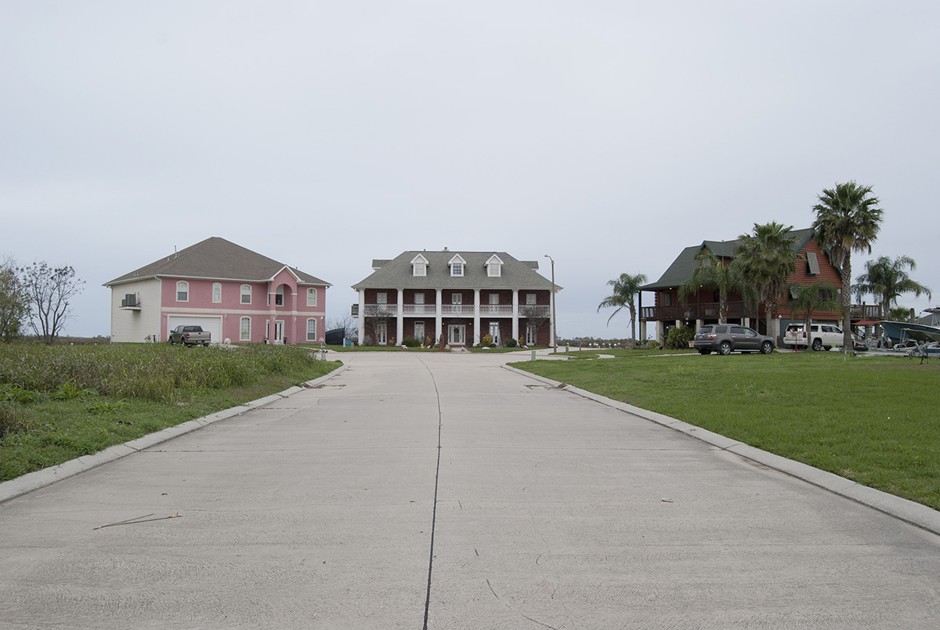 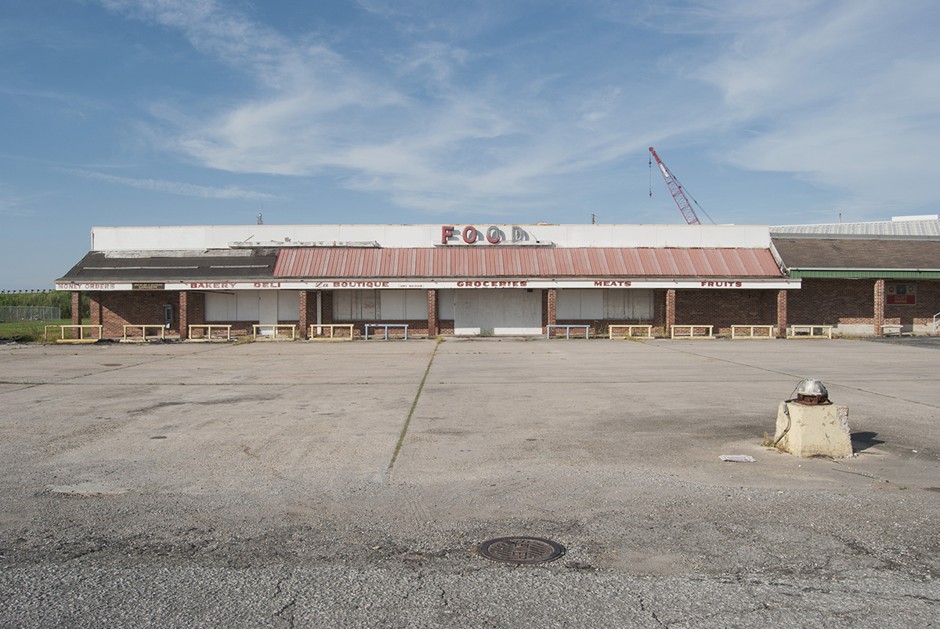 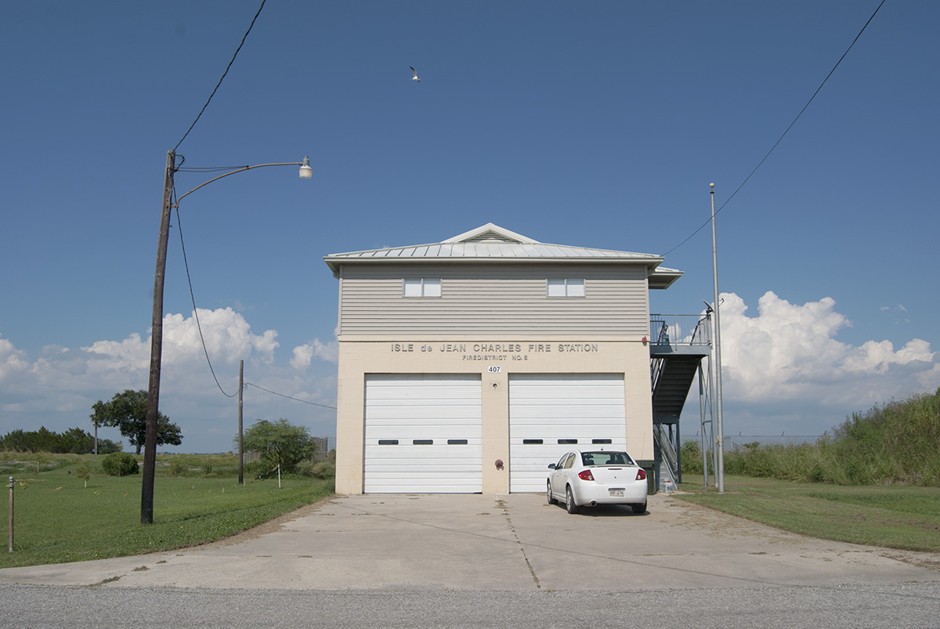 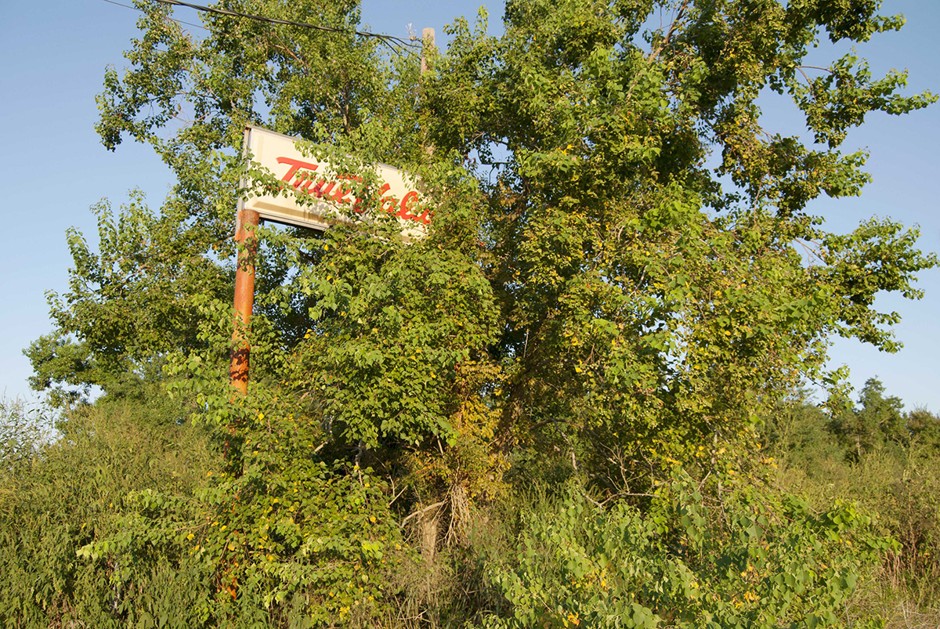 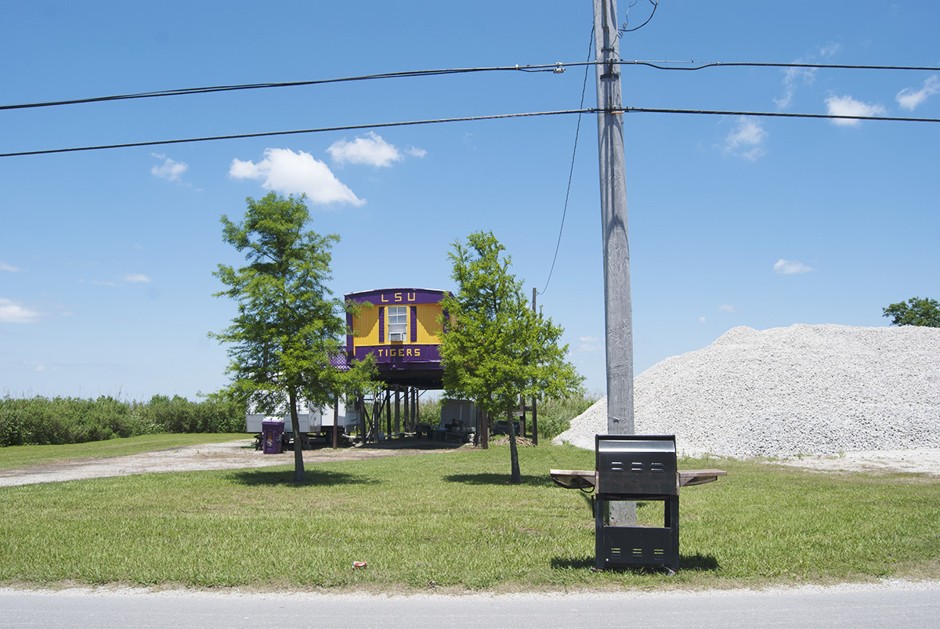 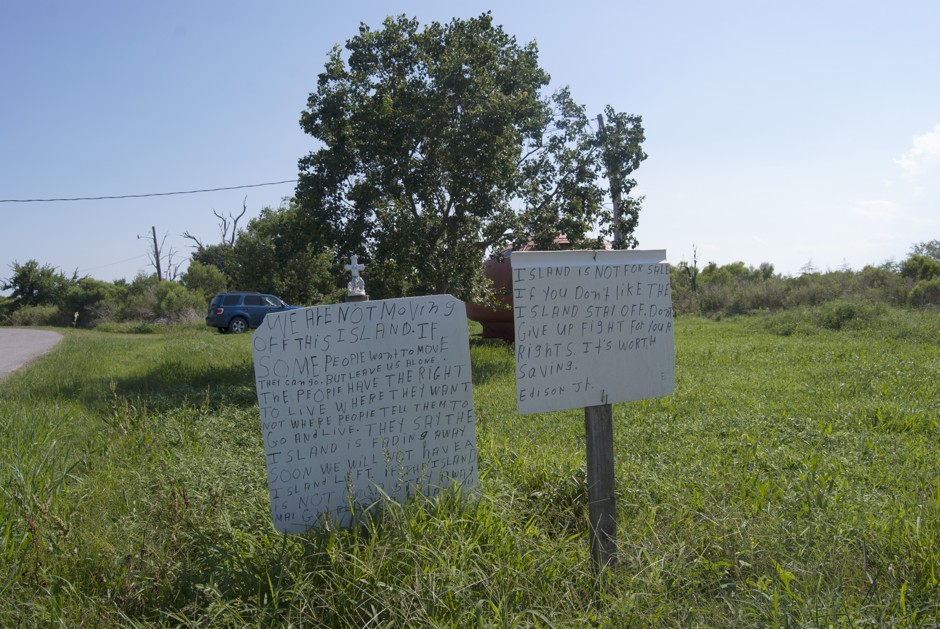 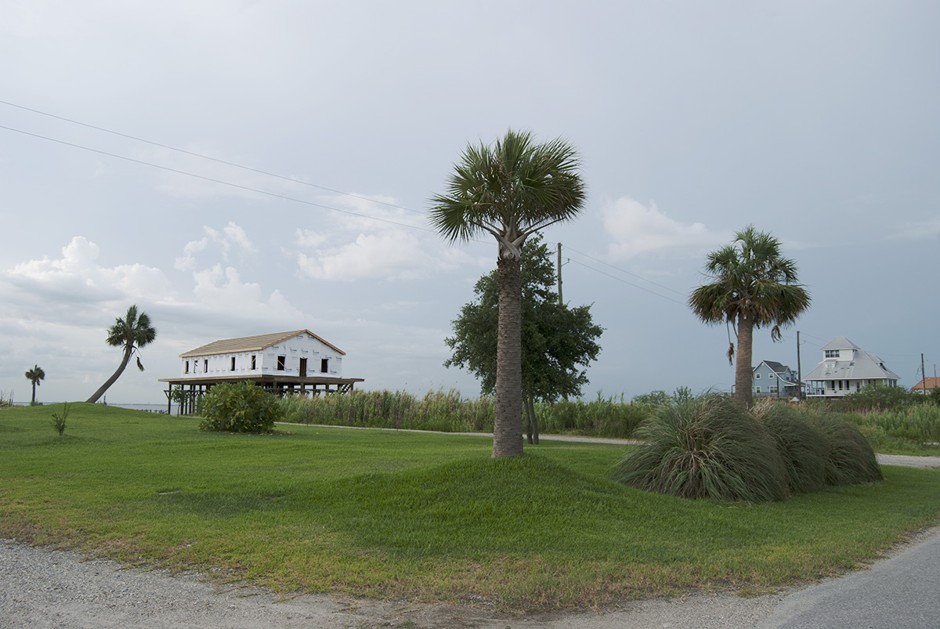 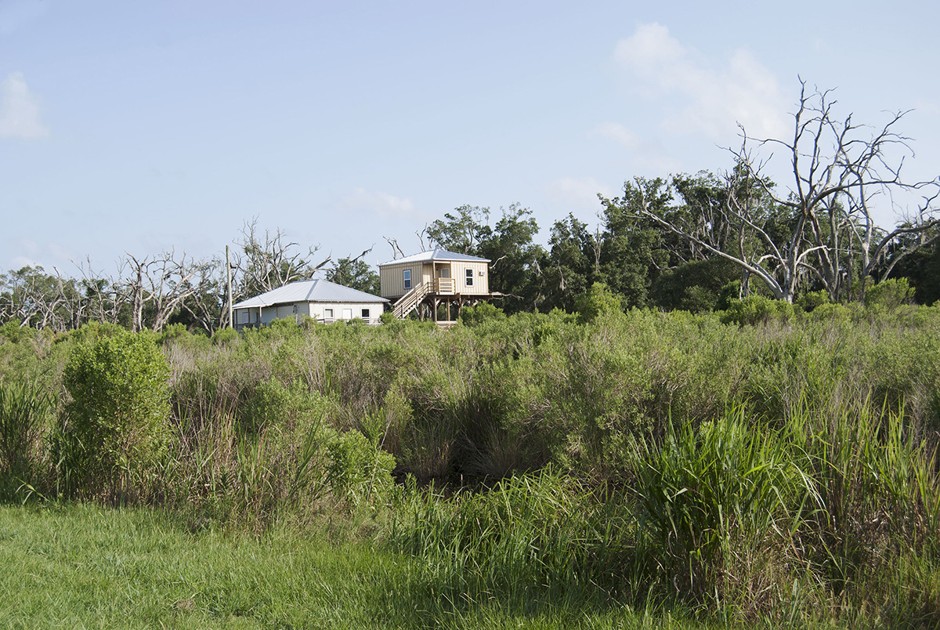