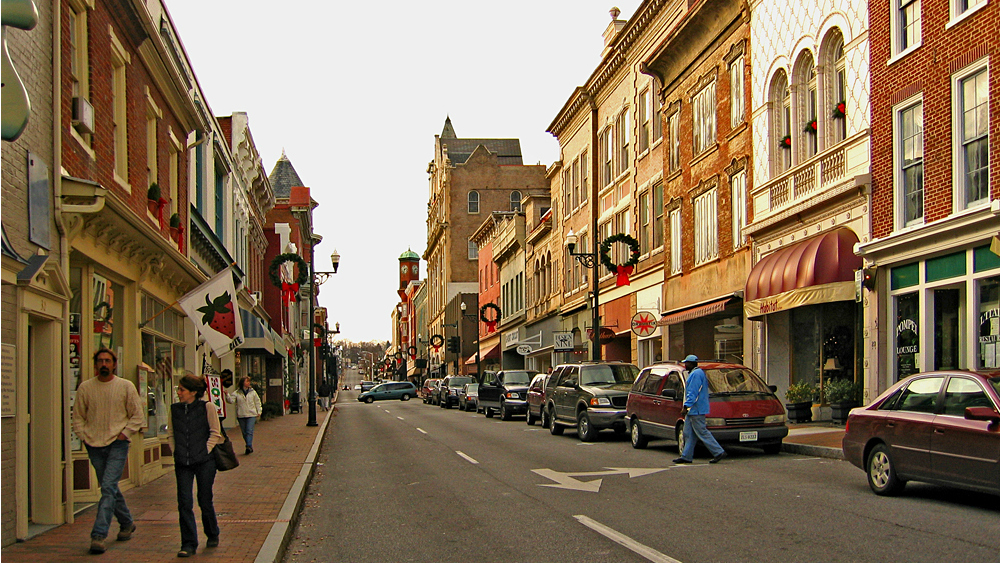 America’s capitalist self-image notwithstanding, many of its core industries are heavily regulated and subsidized — just in a way that fits with conservative identity politics. Farm subsidies and discount-rate cattle grazing on federal land are good examples. Less obvious, but arguably even more important, is the housing market, in which the construction and purchase of single-family houses is supported by the federal government — to the detriment of the environment.

As a new report from LOCUS, a program of Smart Growth America (SGA), and the Regional Plan Association (RPA) demonstrates, a growing number of Americans are seeking to live in more sustainable communities that are walkable, dense, close to transit, and have a mix of homes and businesses. But they are stymied by the lack of supply of such housing and the resultant rapidly escalating cost of living in many desirable urban neighborhoods. That’s why, as Marketplace reported on Thursday, millennials who are being priced out to the suburbs are still seeking out suburban neighborhoods with urban amenities like walkability.

According to survey data from the American Planning Association, 56 percent of millennials and 46 percent of baby boomers would like to live in a walkable, mixed-use area. But only a much smaller share of American housing stock is walkable. Definitions of what’s walkable vary, of course, but one broad measure is density. Kasey Klimes, an urban design researcher at UC Berkeley, is working on a study that uses 10 or more housing units per acre as the minimum density needed for walkability. This isn’t a very high bar to clear. Any collection of rowhouses, no matter how low-scale, will surpass it. Even by that generous definition, Klimes found only 12 percent of neighborhoods in the 51 largest U.S. metropolitan regions are walkable. That’s down from 19.4 percent in 1970. And the figure for the whole country would be even lower, as the densest neighborhoods are almost all in the largest metro regions.

In a democratic system of government, one might expect federal housing policy to help correct this imbalance and give people the kind of housing they want. But in America, the government makes housing unaffordability worse and makes walkability more elusive by favoring suburban sprawl over dense, mixed-use development.

We’ve previously explained the role that federal tax policies play in subsidizing suburbia. The home mortgage interest income-tax deduction, for example, favors home buying over renting and subsidizes buying larger houses over other forms of spending and investment. Since renters are more likely to live in the city, and urban houses tend to be smaller, the policy encourages people to move to the suburbs.

But even if you just look at home building and buying, you find that the Federal Housing Administration (FHA), Fannie Mae, and Freddie Mac discriminate against mixed-use development in their financing practices, as detailed in the new LOCUS/RPA report, which focuses on how federal policy disfavors housing in mixed-use developments. FHA acts as a mortgage insurer, allowing borrowers to get home loans with lower interest rates and less money down than they would otherwise qualify for. Fannie and Freddie pump money into the mortgage market through other means that are too boring and complicated to go into here.

All, however, have rules impeding mixed-use development, such as prohibitions on providing support to projects in which more than a certain percentage of floor area or rental income will be derived from commercial space. That means the kind of mixed-use development that enables walkability, such as putting homes above stores and offices, often does not qualify for an FHA mortgage and its preferential terms. The percentages vary by federal program, but most cap the commercial space at 15 or 25 percent. So the typical three-story building on a classic Main Street in a small town or inner-ring suburb, with an apartment or two above a business, will have too high a commercial share of its footprint to qualify. A new suburban subdivision with a patch of 100 ranch houses and a strip mall across a six-lane highway gets federal taxpayer support, but an infill project with apartments above stores does not. As a result of these misguided policies, 81 percent of federal housing loans and loan guarantees support single-family homes.

This is a real problem for poor neighborhoods, which tend to be in mixed-use areas of outlying, low-rise urban neighborhoods and inner-ring suburbs. The LOCUS/RPA report finds, “The restrictions can have a particular impact on low-income neighborhoods sorely in need of upgraded housing and services. Many of America’s poor and moderate-income households live in three-to-four story neighborhoods, with a large share suffering from disinvestment. Caps on non-residential development can impede rehabilitation and new infill development that could improve housing choices, job opportunities and quality of life for residents of these neighborhoods.”

Historically, rules governing federal housing support were set up this way for two main reasons: the purpose was to help families buy homes, not to help businessmen invest in commercial real estate, and commercial real estate ventures were considered riskier loan recipients than residential ones. But these policies are now behind the times and getting in the way of smart development.

“There was a legitimate reason for trying to restrict the commercial share of a project, which is that commercial projects can be riskier than residential,” says Chris Jones, chief planner for RPA and the lead report author. “What has changed is these ‘Main Street’ projects are more in demand. Projects in these neighborhoods have a lower default than projects that are in single-family-home neighborhoods. Mixed-use is fitting with what the market wants.”

Federal policies need to be updated to help meet the rising demand for housing within walking distance of shopping and transit. This would also help people drive less and lower their carbon footprints.

RPA and LOCUS recommend a series of bureaucratic reforms — no congressional action is needed — that would align federal housing policy with the public appetite for walkable urbanism. Among the more important ones are increasing the share of a project that can be commercial, and offering an even higher allowance in developments with low-income housing or other necessary community services.

It’s now been seven years since Obama took office — the first president from a major city in over a century — and his election was thanks in part to strong support in cities and among the more pro-urban millennial generation. It’s time for the federal government to catch up to the way Americans increasingly want to live. Obama still has more than 10 months in office, so his administration could at least get started on updating its housing finance policies to suit 21st century America.

Correction, 26 Feb 2016: This story originally attributed research on density to Gehl Architects. In fact, the research is being conducted by Kasey Klimes, who is an urban design researcher at UC-Berkeley as well as an urban data specialist at Gehl Studio.