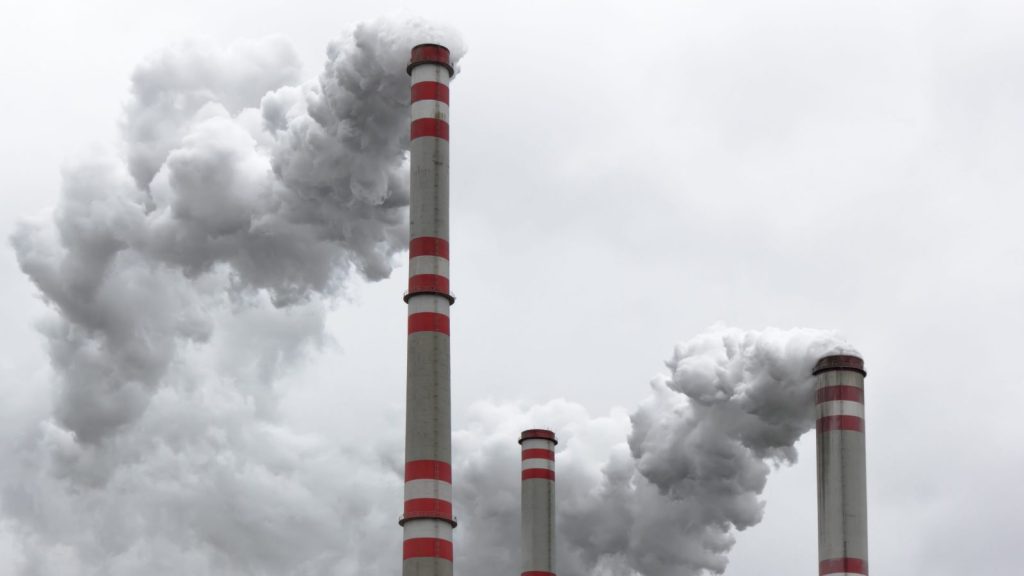 These countries are making polluters pay

Solving climate change is essentially an economic problem: How do you force companies and consumers to pay for the damage caused by the fossil fuels they consume?

Let me explain: Without a price on carbon emissions, big polluters don’t pay for the greenhouse gases that they release into the atmosphere. The real cost of that pollution is borne by the planet in the form of global warming. So one of the most common strategies for reducing emissions is “cap-and-trade”: Polluters purchase or bid on a limited number of permits, which allow them to emit a certain amount of CO2. A regulated market is then created in which permits can be bought and sold. The cost of the permits — in other words, the carbon price — creates an incentive to reduce carbon pollution.

A new report out this week from the Berlin-based International Carbon Action Partnership shows that in the decade since the first major carbon trading program was adopted by the European Union, cap-and-trade systems have enjoyed remarkable popularity around the world — becoming the mechanism of choice for governments who want to act on climate change. The graphic below gives you a sense of just how widespread these markets have become: 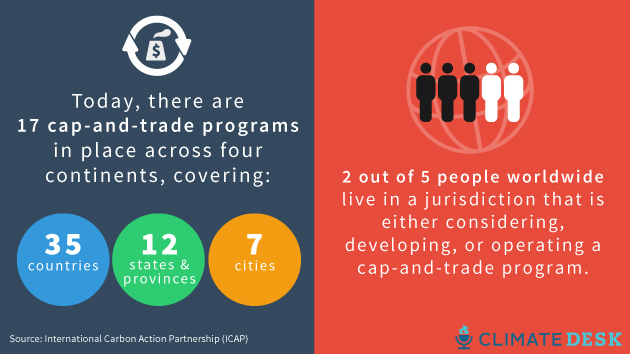 What’s also remarkable is the economic clout that these jurisdictions carry, something that will continue to increase: 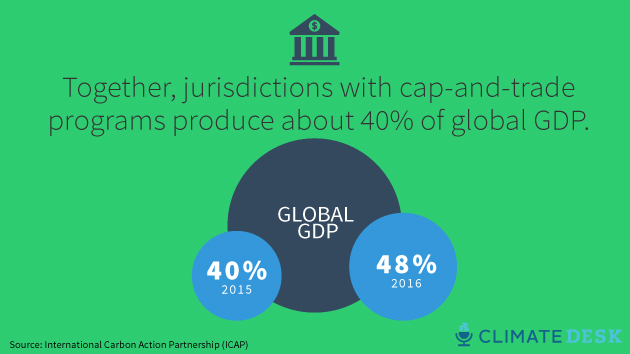 China’s national carbon program will start in 2016, but it already has several test programs up and running, together representing the world’s second largest carbon market, after the European Union: 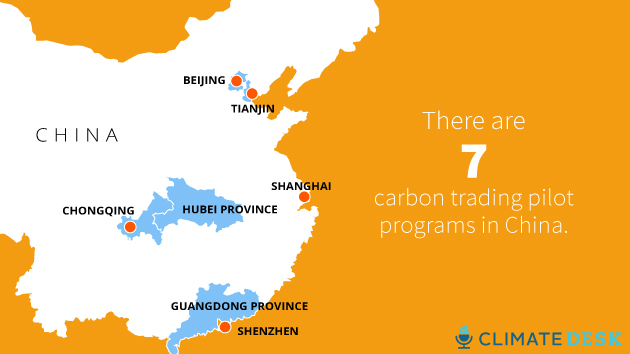 Asia is fast becoming a global hub for carbon trading, as you can see from the maps below, which show the total number of programs around the world either in place, under consideration, or currently in development: 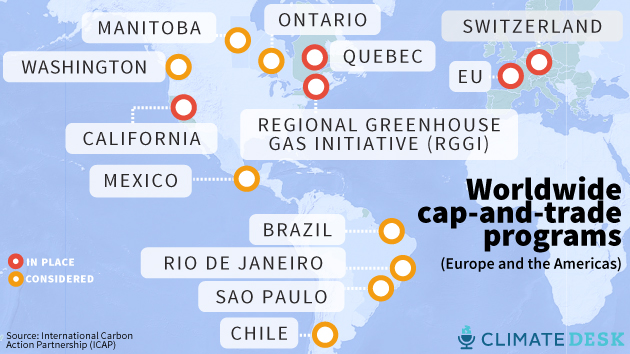 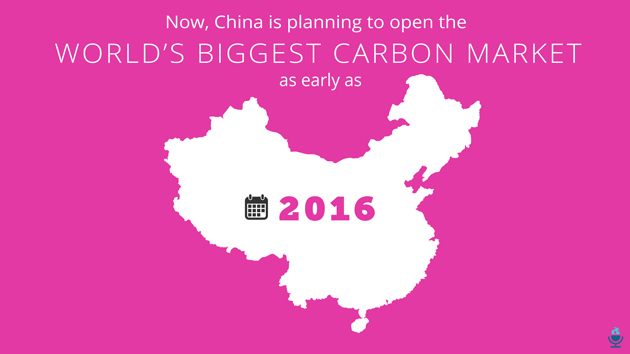 Each cap-and-trade program is different — there’s no one-size-fits-all approach, say the authors of the report. All of the programs cover CO2, but some take on other greenhouse gases, such as refrigerants. The programs also differ in the number of industries covered. Nearly all cover heavy industry, but only three cover aviation, for example. Here’s a snapshot of that diversity: 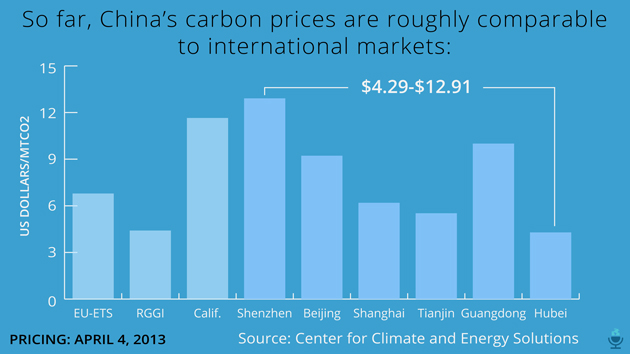 The report’s authors say that the fact that each country can tailor solutions to its own economy is one of the great strengths of cap-and-trade. “Flexibility is certainly one reason why emissions trading has become such an appealing tool for policymakers,” said ICAP’s co-chairs — Jean-Yves Benoit, head of carbon markets at the Québec Environmental Ministry, and Marc Allessie, head of the Dutch Emissions Authority — in a statement.

But that means “harmonizing” — that is, joining the disparate trading systems into a global market — is now a big challenge. Quebec and California have already linked their systems, as have Tokyo and Saitama in Japan.

In the United States, President Barack Obama proposed a cap-and-trade system in 2009, but the plan died in the Senate. Efforts to develop a federal program have all but been abandoned in favor of regulations dished out by the EPA. There’s no sign of that changing any time soon. Still, some U.S. states have adopted their own systems. In addition to California’s program, a group of northeastern states participate in the Regional Greenhouse Gas Initiative. And Washington state is actively considering a cap-and-trade program, as well.

Correction, Tuesday, Feb. 17: The original version of our “Europe and the Americas” map above mislabeled Manitoba and Ontario in error. We’ve fixed it and updated the post.