An alien species visiting Earth in the year 2020 would be forgiven for assuming that humankind had succeeded in pissing off some kind of vengeful God. This month alone, mega-wildfires ripped through Australia, massive king tides swept California shorelines, and, now, billions of desert locusts have descended on East Africa in an insect storm of biblical proportions. But climate change, not an angry deity, is to blame.

East Africa had an unusually wet year in 2019 — warming waters in the Indian Ocean produced a high number of tropical cyclones, which doused the coast and created “exceptional” conditions for locust breeding, Nairobi-based climate scientist Abubakr Salih Babiker told the Associated Press. Now, swarms of hungry insects are feasting on crops in the Horn of Africa, where millions of people already lack reliable access to nutritious food.

East Africa is experiencing the most serious outbreak of locusts in 25 years, posing an unprecedented threat to food security.

Unusual climate conditions are partly to blame and farmers are asking the government to act. https://t.co/tcT5DduR01 pic.twitter.com/KP6zCu0rqv

The United Nations Food and Agriculture Organization (FAO) says a swarm the size of Paris can gobble up as much grub as half the population of France. To make matters worse, desert locusts can travel up to 80 miles a day and multiply at terrifying speeds. Ethiopia, Kenya, and Somalia, the FAO said, are dealing with swarms of “unprecedented size and destructive potential.” Kenya plans to spend $5 million to curtail the worst locust invasion it’s had in 70 years. Meanwhile, the FAO is asking wealthier nations to take urgent action and calling for $70 million in emergency funding. The problem, the organization says, could quickly spread to other parts of East Africa.

Pictures from the ground show the extent of the burgeoning crisis. If these desert locusts aren’t reined in soon, the FAO says, swarms could grow 400 times bigger by the beginning of summer. 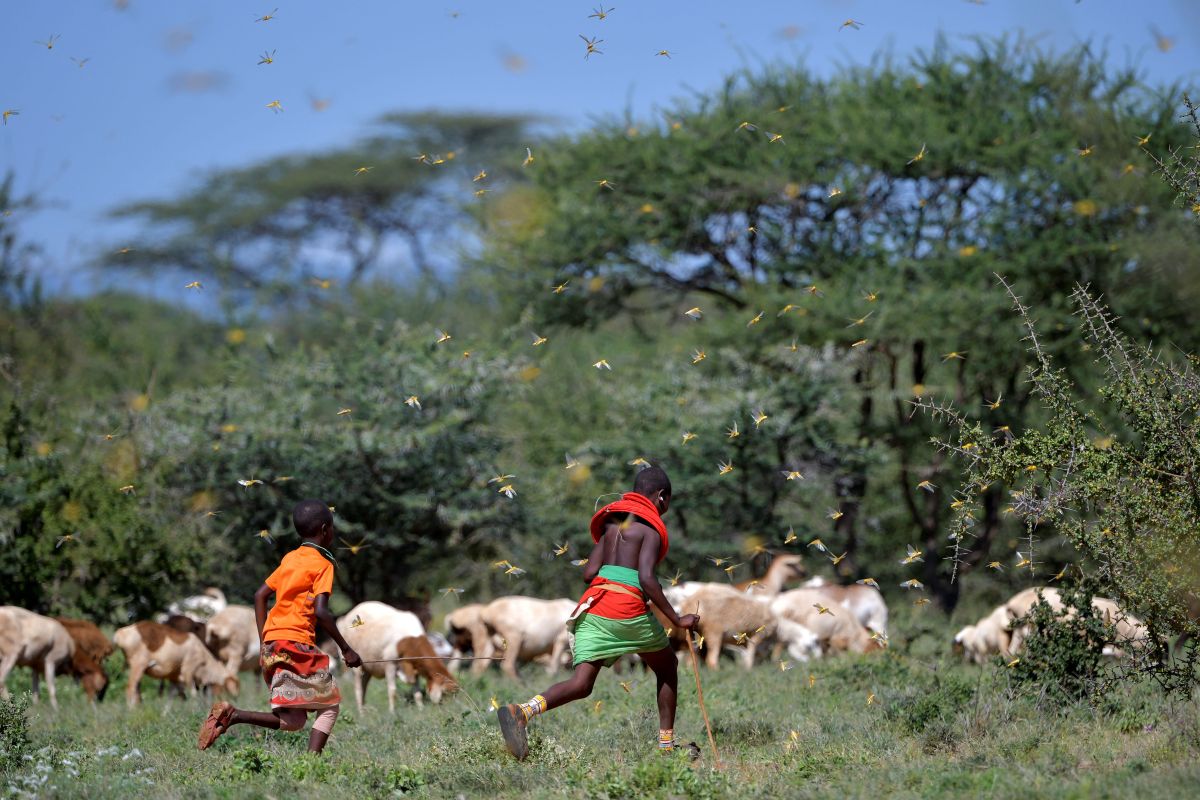 Invading locusts spring into flight from ground vegetation as young girls in traditional Samburu-wear run past to their cattle at Larisoro village near Archers Post. TONY KARUMBA / AFP via Getty Images 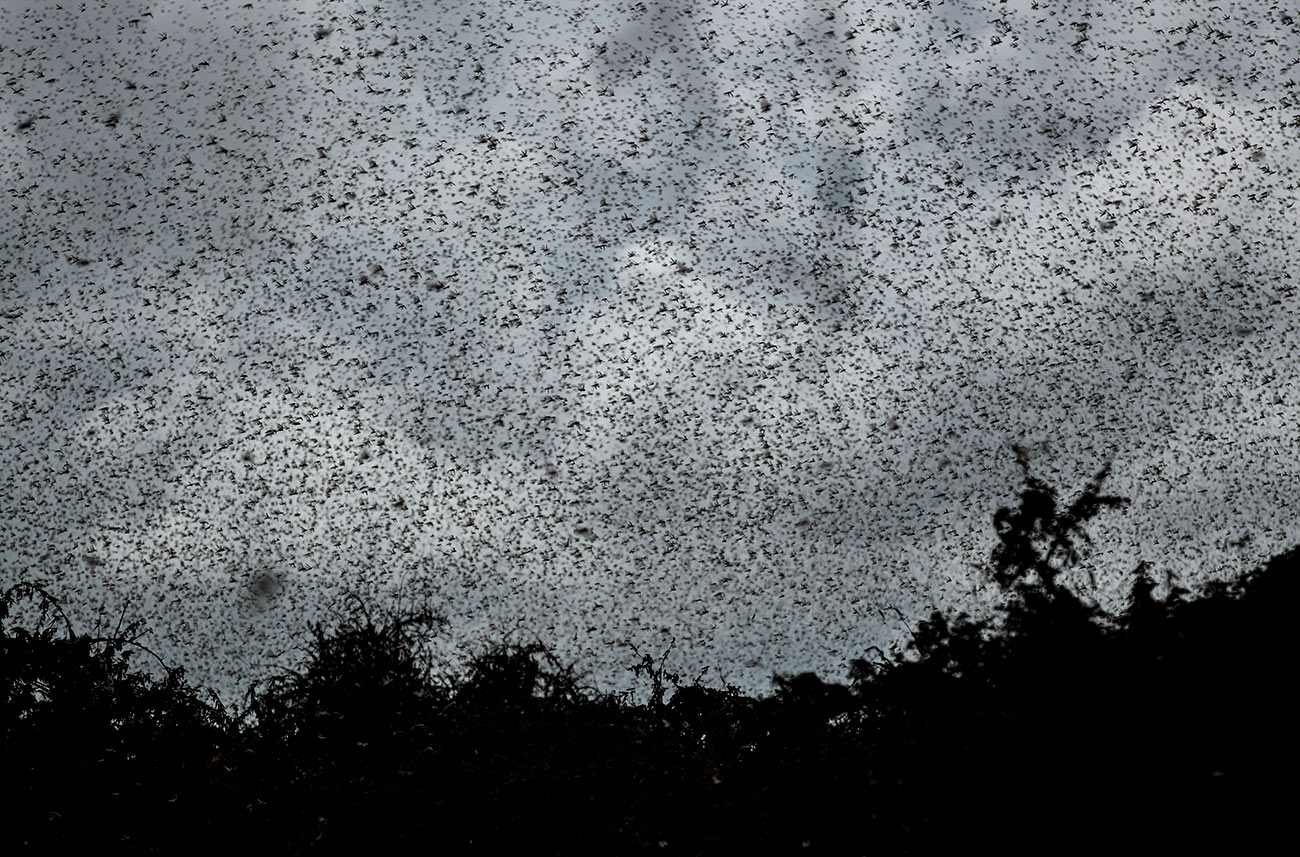 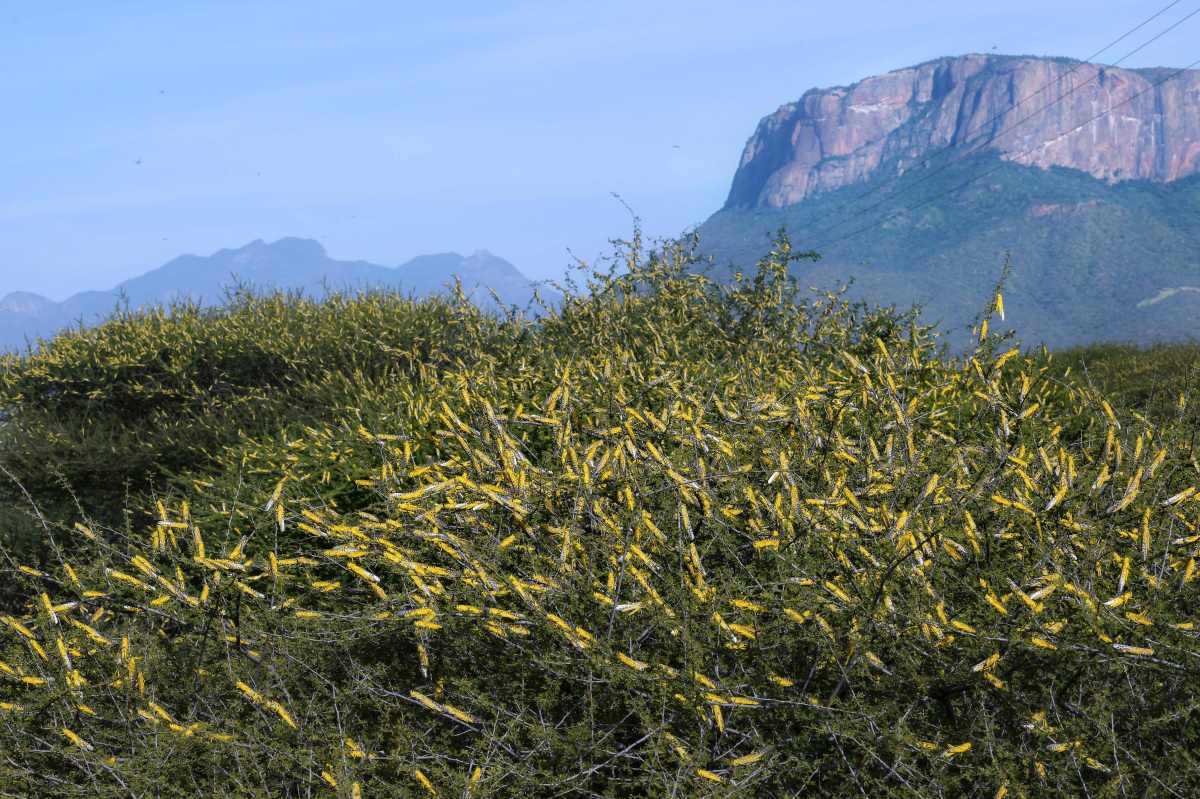 A swarm of locusts aggregates on the canopies of shrubs at Lerata village near Archers Post in Samburu county, approximately 186 miles north of kenyan capital, Nairobi. TONY KARUMBA / AFP via Getty Images 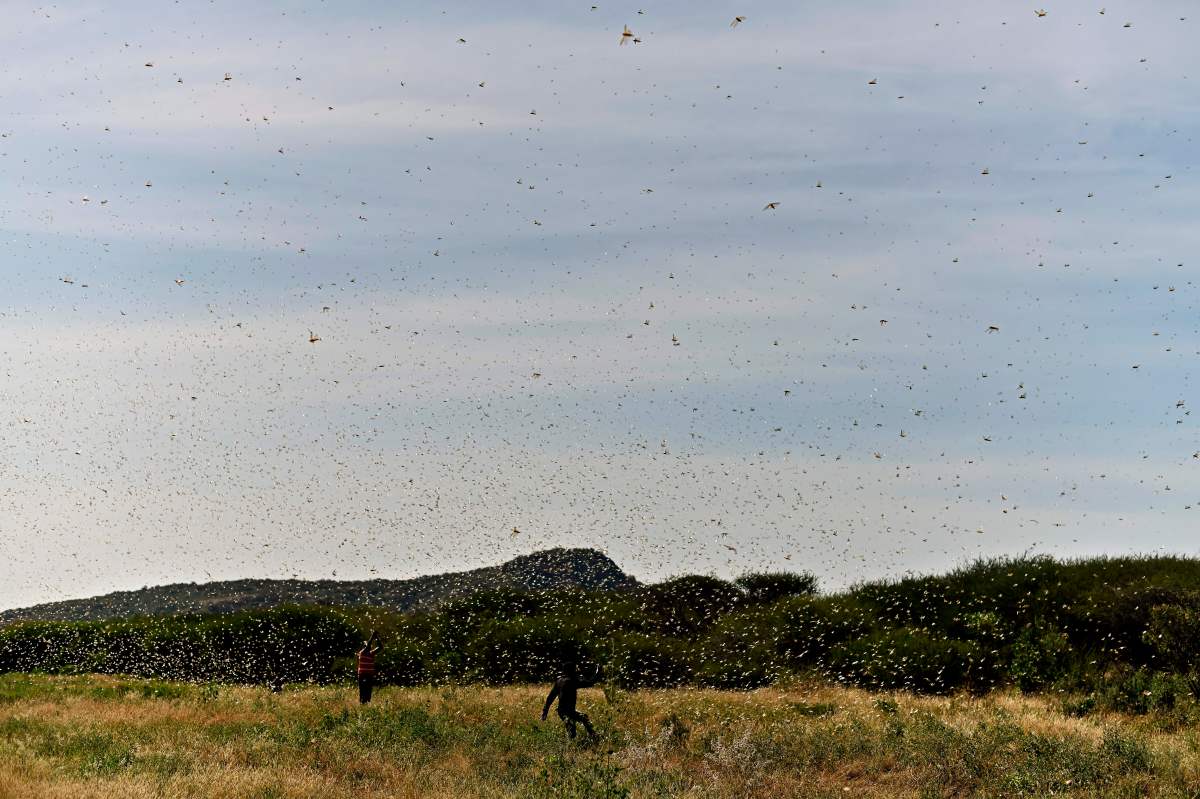 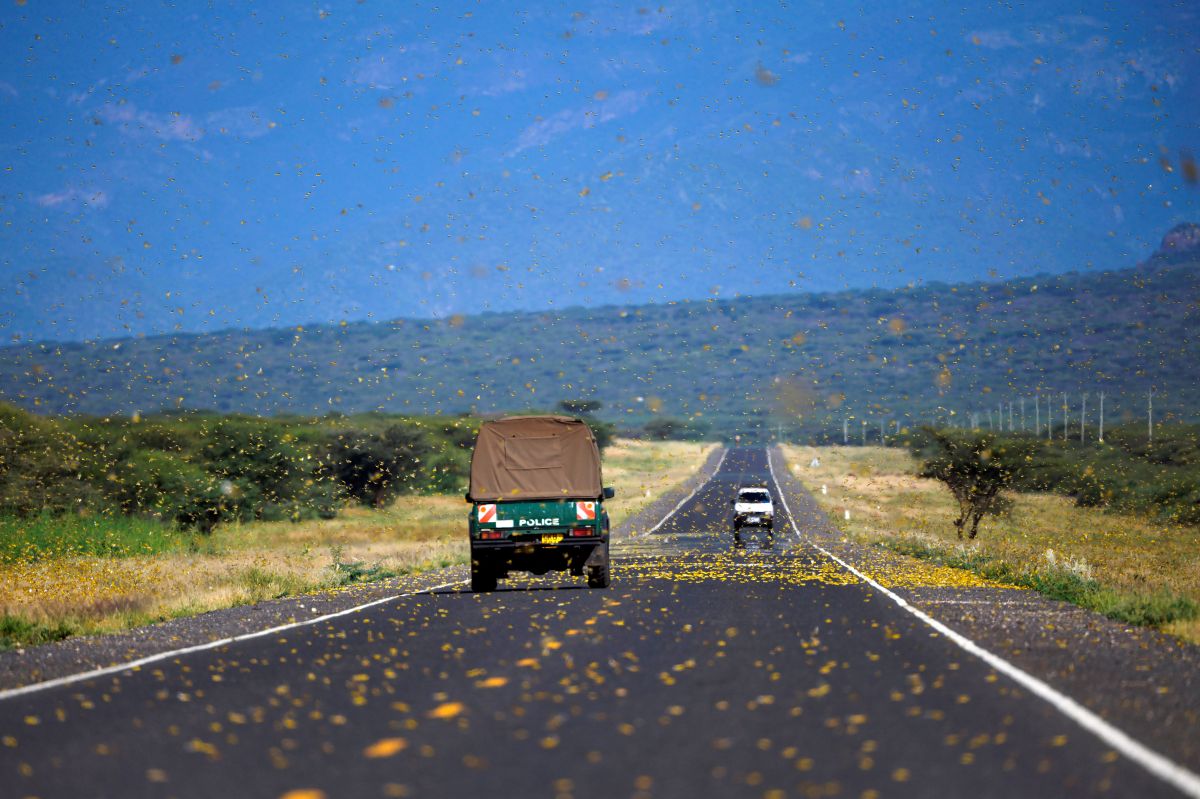 Locusts swarm across a highway at Lerata village, near Archers Post in Samburu county. TONY KARUMBA / AFP via Getty Images

Amazon told its workers not to criticize its climate policies. They didn’t listen.