In September, President Donald Trump visited fire-ravaged California and declared that the wildfires that had already burned across millions of acres were the result of forest mismanagement, not a warming climate. “When trees fall down after a short period of time, they become very dry — really like a matchstick. No more water pouring through, and they can explode,” he said. “Also leaves. When you have dried leaves on the ground, it’s just fuel for the fires.”

Trump is right about one thing: Global warming isn’t the only reason the West is burning. The growing number of people in the woods has increased the likelihood of human-caused ignitions, while more than a century of aggressive fire suppression has contributed to the fires’ severity. In addition, unchecked development in fire-prone areas has resulted in greater loss of life and property.

Yet, much as California Governor Gavin Newsom told Trump, it’s impossible to deny the role a warming planet plays in today’s blazes. “Something’s happening to the plumbing of the world,” Newsom said.“And we come from a perspective, humbly, where we submit the science is in and observed evidence is self-evident that climate change is real, and that is exacerbating this.”

The accompanying graphic includes a few examples of the evidence Newsom mentioned. But then, you only have to step outside for a moment and feel the scorching heat, witness the dwindling streams, and choke on the omnipresent smoke to know that something’s way off-kilter, climate-wise.

But during his September stop outside Sacramento, California, under a blanket of smoke, Trump merely grinned and shrugged it off, again asserting that scientists don’t know what’s happening with the climate. And, anyway, he said: “It’ll start getting cooler. You just watch.” 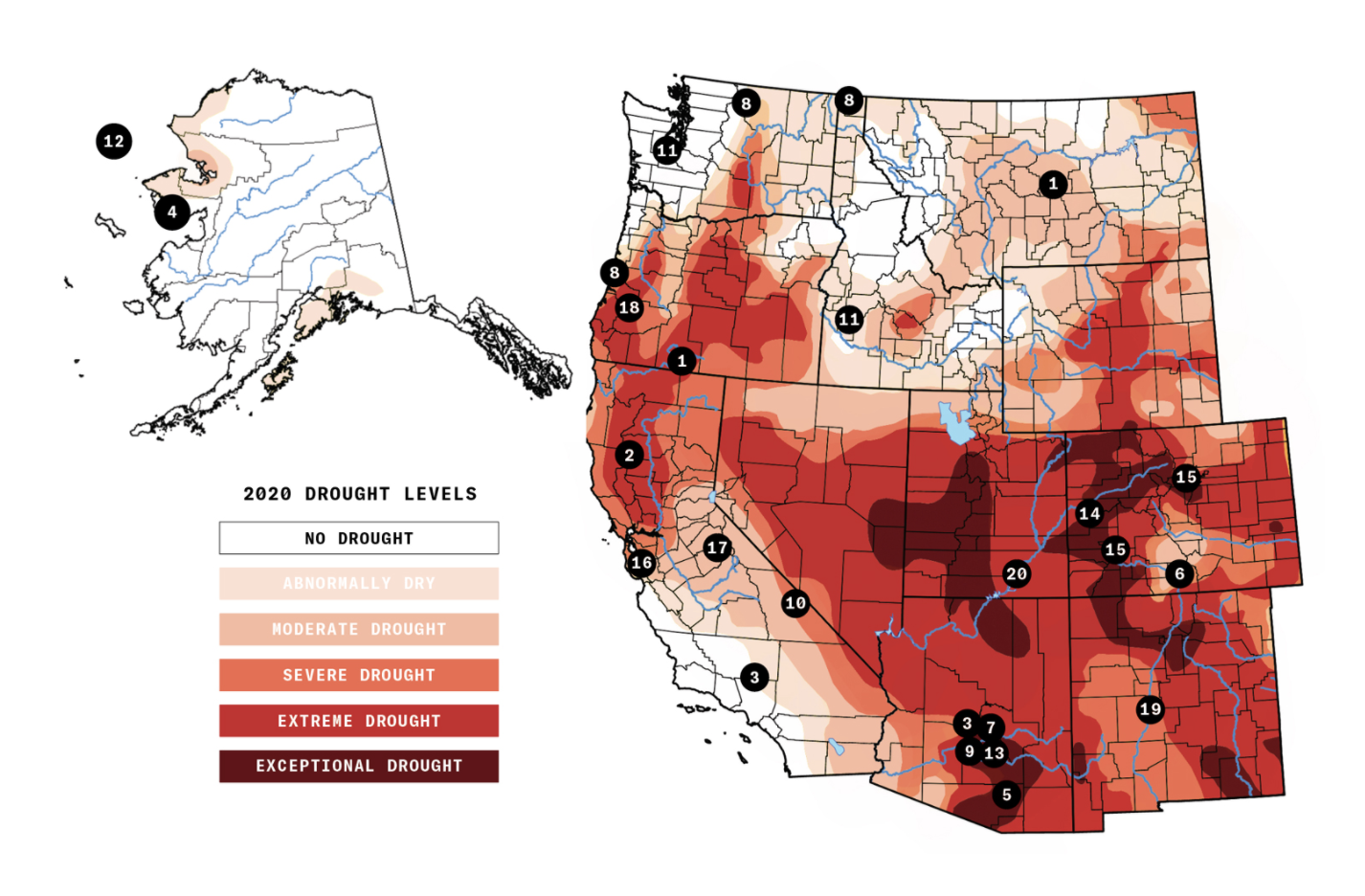 How can we heal a fractured America? This Victorian-era disease detective offers clues.