How do you save clean energy? This company plans to pump it underground. 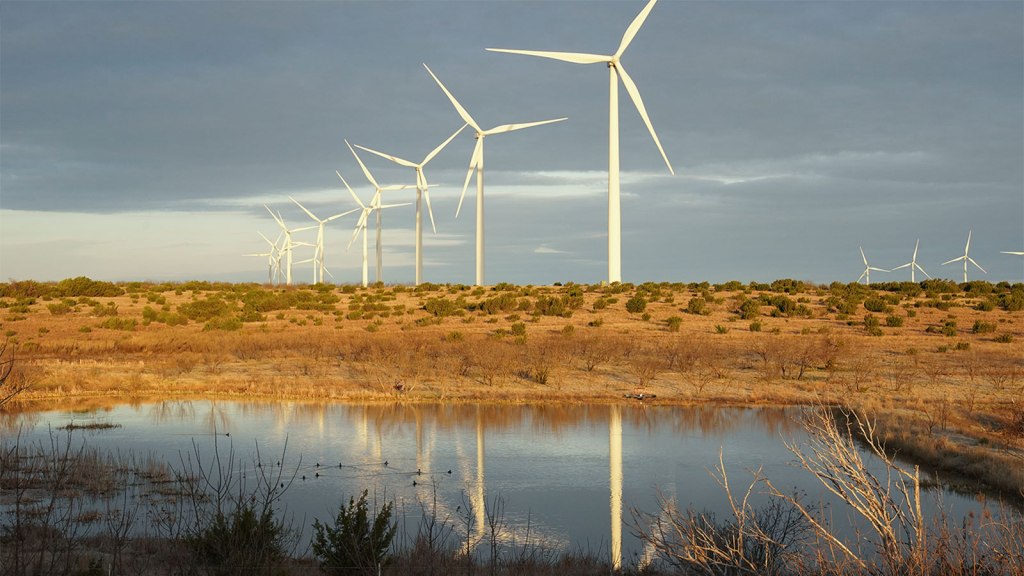 How do you save clean energy? This company plans to pump it underground.

New York. California. Hawaii. Colorado. Maine. All of these states and a few others want to get their electric grids running mostly if not entirely on renewable energy in the next few decades. As they ramp up wind and solar farm projects, they’re also going to need ways to store surplus energy to use when the wind isn’t blowing and the sun isn’t shining.

Start-ups focused on energy storage are scrambling for the cash and opportunities to demonstrate that their system will hold more than a few hours worth of charge. Last week, Quidnet, a Houston, Texas-based company, announced that it lined up a contract with the New York State Energy and Research Development Authority to construct a pilot project for its “Geomechanical Pumped Storage” technology.

Quidnet’s system is a new take on pumped-hydro storage, an existing technology that takes excess energy from the grid during periods of low electricity demand and uses it to pump water up a hill from a lower reservoir to an upper reservoir. Later, when energy is needed, the water is released back down to spin a turbine and generate electricity. Pumped-hydro accounts for 95 percent of the existing energy storage used by utilities in the U.S., but most of these systems were built in the 1970s and 1980s. That’s because it’s expensive and politically difficult to set aside enough land in the mountains to build new pumped-hydropower reservoirs.

Joe Zhou, the CEO of Quidnet, said the company’s technology depends on the same supply chains and expertise used by existing pumped-hydro systems, but gets around those stickier land-use problems by pushing the water underground. To “charge” the battery, the system draws excess energy from the grid to suck water from a holding pond into an underground well, where it’s stored under pressure in the rock. When the energy is needed, the water is released and rushes back to the surface, spinning a turbine similar to those deployed in traditional pumped-hydro systems. The pilot project in New York aims to store 10 hours worth of energy.

Zhou said that Quidnet, which is backed by Bill Gates’ Breakthrough Energy Ventures, could deploy these systems in roughly 60 percent of U.S. power markets today, based on the type and structure of rock required for the wells. The conditions are especially ripe in New York. “There’s a tremendous, tremendous energy storage resource in New York. I think it can really help the state advance its clean energy goals,” Zhou told Grist.

Quidnet is one of several companies piloting new energy storage systems across the country. In Vermont, Highview Power plans to build the first liquid air storage project in the U.S that would store more than eight hours of energy, using power from the grid to liquify air and store it in tanks. One of the most anticipated projects is Form Energy’s “aqueous air battery system” in Minnesota, aimed at storing and delivering 150 hours of power to the grid, though how it works remains a bit of a mystery.

Today, with pilot projects that store just 8-10 hours, each of these storage solutions are in hot competition with cheap, efficient lithium-ion batteries, which average around 4 hours of storage. “The closer you play to lithium-ion’s durations, the more lithium-ion can compete,” said Dan Finn-Foley, head of energy storage at the consulting firm Wood Mackenzie. “The reason that all these alternative technologies think that they can catch lithium-ion is due to how the different technologies scale.”

If you have a grid that depends on wind energy and the wind slows down for weeks at a time, you might need hundreds of hours of storage. Increasing the storage capacity of a lithium-ion system is costly; to double it, you need to install another battery, hence doubling the price. Quidnet’s technology, on the other hand, might be able to scale up more cost-efficiently by increasing the size of a surface pond or the volume of a well. That’s how technology like Quidnet’s could ultimately differentiate itself, Finn-Foley explained.

“The fact that they have a pilot program is encouraging,” Finn-Foley said. “You need to be able to show your price point and show your duration and show your efficiencies and demonstrate it. So that’s the next big step, you know, it puts them into the conversation.”