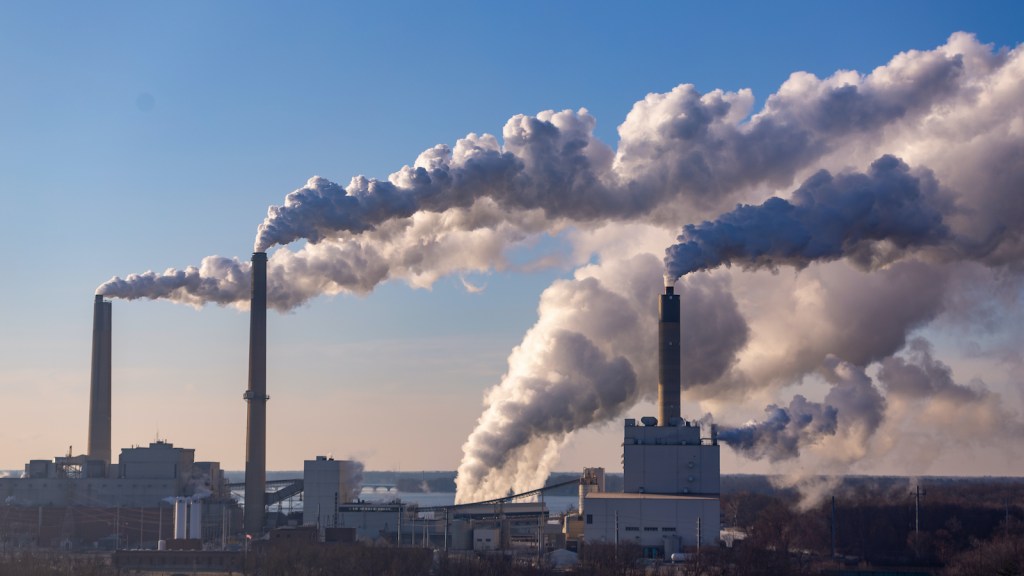 DWalker44 / Getty Images
on the rise

Solar, wind, and other renewable sources have toppled coal in energy generation in the United States for the first time in over 130 years, with the coronavirus pandemic accelerating a decline in coal that has profound implications for the climate crisis.

Not since wood was the main source of American energy in the 19th century has a renewable resource been used more heavily than coal, but 2019 saw a historic reversal, according to U.S. government figures.

Coal consumption fell by 15 percent, down for the sixth year in a row, while renewables edged up by 1 percent. This meant renewables surpassed coal for the first time since at least 1885, a year when Mark Twain published The Adventures of Huckleberry Finn and America’s first skyscraper was erected in Chicago.

Electricity generation from coal fell to its lowest level in 42 years in 2019, with the U.S. Energy Information Administration (EIA) forecasting that renewables will eclipse coal as an electricity source this year. On May 21, the year hit its 100th day in which renewables have been used more heavily than coal.

“Coal is on the way out, we are seeing the end of coal,” said Dennis Wamsted, analyst at the Institute for Energy Economics and Financial Analysis. “We aren’t going to see a big resurgence in coal generation, the trend is pretty clear.”

The ongoing collapse of coal would have been nearly unthinkable a decade ago, when the fuel source accounted for nearly half of America’s generated electricity. That proportion may fall to under 20 percent this year, with analysts predicting a further halving within the coming decade.

A rapid slump since then has not been reversed despite the efforts of the Trump administration, which has dismantled a key Barack Obama-era climate rule to reduce emissions from coal plants and eased requirements that prevent coal operations discharging mercury into the atmosphere and waste into streams.

Coal releases more planet-warming carbon dioxide than any other energy source, with scientists warning its use must be rapidly phased out to achieve net-zero emissions globally by 2050 and avoid the worst ravages of the climate crisis.

Countries including the U.K. and Germany are in the process of winding down their coal sectors, although in the United States the industry still enjoys strong political support from Trump.

“It’s a big moment for the market to see renewables overtake coal,” said Ben Nelson, lead coal analyst at Moody’s. “The magnitude of intervention to aid coal has not been sufficient to fundamentally change its trajectory, which is sharply downwards.”

Nelson said he expects coal production to plummet by a quarter this year but stressed that declaring the demise of the industry is “a very tough statement to make” due to ongoing exports of coal and its use in steel-making. There are also rural communities with power purchase agreements with coal plants, meaning these contracts would have to end before coal use was halted.

The coal sector has been beset by a barrage of problems, predominantly from cheap, abundant gas that has displaced it as a go-to energy source. The COVID-19 outbreak has exacerbated this trend. With plunging electricity demand following the shutting of factories, offices, and retailers, utilities have plenty of spare energy to choose from and coal is routinely the last to be picked because it is more expensive to run than gas, solar, wind, or nuclear.

Many U.S. coal plants are aging and costly to operate, forcing hundreds of closures over the past decade. Just this year, power companies have announced plans to shutter 13 coal plants, including the large Edgewater facility outside Sheboygan, Wisconsin, the Coal Creek Station plant in North Dakota, and the Four Corners generating station in New Mexico — one of America’s largest emitters of carbon dioxide.

The additional pressure of the pandemic “will likely shutter the U.S. coal industry for good,” said Yuan-Sheng Yu, senior analyst at Lux Research. “It is becoming clear that COVID-19 will lead to a shake-up of the energy landscape and catalyze the energy transition, with investors eyeing new energy sector plays as we emerge from the pandemic.”

Climate campaigners have cheered the decline of coal but in the United States the fuel is largely being replaced by gas, which burns more cleanly than coal but still emits a sizable amount of carbon dioxide and methane, a powerful greenhouse gas, in its production.

Renewables accounted for 11 percent of total U.S. energy consumption last year — a share that will have to radically expand if dangerous climate change is to be avoided. Petroleum made up 37 percent of the total, followed by gas at 32 percent. Renewables marginally edged out coal, while nuclear stood at 8 percent.

“Getting past coal is a big first hurdle but the next round will be the gas industry,” said Wamsted. “There are emissions from gas plants and they are significant. It’s certainly not over.”