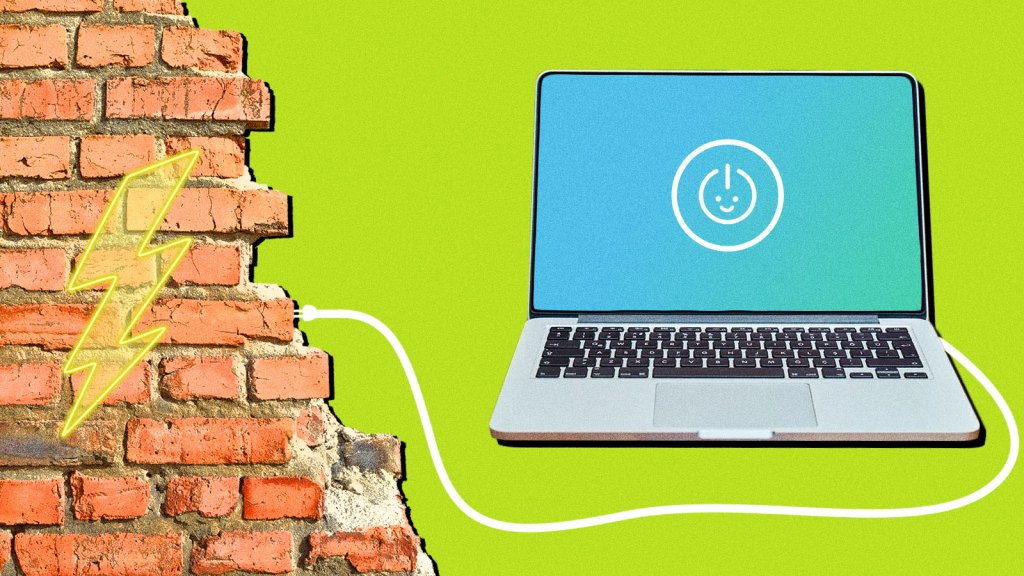 Grist / Alexandrum79 / Getty Images
If these walls could charge

Imagine a world where instead of threading the walls of your house with copper wires that deliver electricity from the grid, the walls themselves stored that energy, potentially drawn from a solar array on your roof.

While the science isn’t anywhere near delivering that fantasy yet, Julio D’Arcy’s lab at Washington University in St. Louis has developed a proof-of-concept simple red construction brick imbued with the ability to store energy, as well as power small devices. His team revealed its invention in a study published in Nature Communications this week.

About 40 percent of energy consumption in the United States takes place in buildings — homes, hospitals, stores, schools, restaurants. Right now much of that demand is met by fossil fuels, resulting in about a third of U.S. carbon emissions. As renewable sources replace coal and gas power plants, it will become increasingly essential to store some of that energy to access when the wind isn’t blowing and the sun isn’t shining.

Lithium-ion batteries, like the ones in cell phones and electric vehicles, are one solution; but lithium is a scarce, expensive resource, with environmental consequences. Scientists like D’Arcy are trying to develop novel materials that can rival lithium-ion. Right now, when about 60 of D’Arcy’s bricks are stacked together in a system, they can store enough energy to power a 3-watt light bulb (the small ones shaped like candle flames) for almost an hour. One advantage, however, is that the bricks can be recharged very quickly — in under 15 minutes.

“I find this development to be very interesting,” said Shoji Hall, a professor of materials science and engineering at Johns Hopkins University, who was not involved in the study, in an email. “The intersection of nanoscience, energy storage, and structural/decorative materials (i.e. bricks) is something that has hardly been explored.”

When D’Arcy’s lab first embarked on the project, they caught some flak from other scientists. “Where is this gonna go?” he remembers them saying. He said that many of the researchers in his field are focused on creating thin, flexible plastic films to improve energy storage. Working with a functional object like a brick was unconventional.

Even D’Arcy didn’t initially set out to work with building materials. His group had been working on chemical synthesis involving iron oxide, aka rust, which is the substance in bricks that provides their signature reddish-orange hue. They had already run experiments using random corroded pieces of metal, red roof tiles, and red clay flower pots where they immersed the materials in a series of gases that reacted with the rust and formed a conductive plastic coating.

Bricks turned out to be an ideal material for energy storage because they are very porous, like a sponge, D’Arcy explained. When the group applied the same gases to them, the plastic coated the inside of the brick, and all of the little pores meant there was a lot of surface area on which the plastic could form, greatly increasing the amount of energy it could store. The plastic coating is also unique in that it is composed of nanofibers — string-like structures many thousands of times thinner than a human hair. The fibrous structure of the plastic gives it even more surface area, further increasing its ability to store energy.

The resulting product is a “supercapacitor,” a device that can discharge electricity more powerfully and quickly than a battery, but doesn’t store as much energy. Right now, D’Arcy’s bricks could potentially be used to power emergency lighting, but they would be no good for powering, say, your laptop. The lab is working to try to increase the brick’s energy density, and ideally, to create a device that is a hybrid supercapacitor and battery.

“That’s where we’re going; that’s where a lot of groups are going,” D’Arcy said. “If we are able to overcome that limitation, then I can really tell you that we are going to create jobs in America.”

Despite the initial pushback to his research, D’Arcy said his peers have come around. “Now that we have finished the publication, all that we hear is compliments from the rest of the community,” he said. “And so that is the most rewarding and humbling experience, honestly.”