Last month, more than 5,500 people gathered online for the inaugural Big Bold Jewish Climate Fest. Over a span of five days, participants zoomed in and out of 167 virtual events ranging from music to comedy to conversations about solar energy, racial justice, youth activism, and more. It was a time for conviviality, even levity, at the end of a long, difficult year. Yet the folks behind the event have an urgent goal: They want to make climate change a central moral issue for the Jewish community. “We need to understand our role and our voice in a larger conversation, and make sure that we’re connecting to other communities that are affected by the climate crisis and have authority and power to help drive solutions,” says Lisa Colton, executive producer of the fest. “Progress requires all of us to put our hands in and collaborate in ways that may be unprecedented.”

When she isn’t organizing big, bold, Jewish climate festivals (or great big Jewish food festivals), Colton runs a consulting business that helps Jewish organizations and social causes flourish in the digital age. She was also involved in seeding and producing a Seattle-wide Jewish climate festival in early 2020, which inspired this year’s event. Fix caught up with her to talk about the ethos behind the festival, the foundations for climate action in Judaism, and how she sees the Jewish community participating in the climate conversation. Her remarks have been edited for length and clarity. 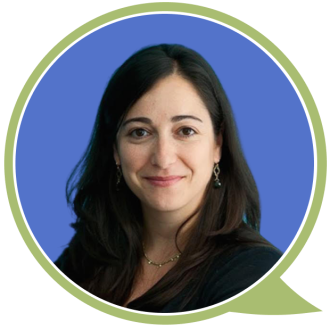 We designed this as a festival rather than a conference, for a few reasons. Jews have been through a lot over the course of our peoplehood — which spans thousands of years — and we’re resilient in part because we make sure to pace and sustain ourselves. We knew that, if one of the goals of this festival was to pull well-intentioned people off the sidelines to become proactive participants in solving the climate crisis, it wouldn’t work if it was only intellectual and guilt-ridden and heavy, and didn’t make them feel good.

We have to do this together and sustain ourselves for the long haul. There’s a Jewish principle that each of us is not obligated to complete the work, but neither are we free to desist from it. We wanted to embody that in the design and culture of the festival. We also drew from the traditional concept of a festival from the agrarian days 2,000-plus years ago, where people would bring part of their harvest to the Temple in Jerusalem. Everyone would contribute. Whether you’re a rabbi talking about the religious underpinnings of environmental stewardship, or an elected leader creating policy, or a comedian sustaining the community with some laughter, we all have something to contribute.

Tu BiShvat, the date that we picked for the fest, is the new year of the trees. The Jewish tradition is incredibly focused on agricultural cycles. Many of our holidays and festivals are tied to planting and harvesting, based on the ecosystem of the Middle East. This holiday has gone through a number of iterations, recently being known as kind of the “Jewish Earth Day.” It seemed like the perfect point in the calendar to anchor our conversation about climate. This festival is building on the tradition and the values within the holiday of Tu BiShvat to re-energize it, and make it a time for Jews to deepen our understanding and make additional commitments to being part of the solution to our climate crisis.

The work is definitely not done. We’re just getting started. By coming together, raising our voices, and engaging so many of our community’s leaders, we have put climate action on the communal agenda in a way we had not seen previously. We know that Jews care about climate. From exit polling in the November election, one study showed that it was the number two issue for Jews, COVID being the first. It is a high priority, particularly for younger generations. We also know that the organized Jewish world has for a long time been very focused on what’s good for the Jews. Antisemitism in our current political climate, both in the U.S. and globally, is a very high priority that we have to focus on. But we wanted this festival to hold leaders accountable for our role and our voice in the climate crisis as well — and remind us that what’s good for humanity is good for the Jews. Our values, as stewards of the earth, require us to act even when it’s not only about our own community. There’s a call to action here that is historically unique.

Eric Fingerhut, the CEO of the Jewish Federations of North America, was one of our keynote speakers, and acknowledged the role that the organized Jewish community can and should play in being part of the solution to the climate crisis. The question is, what does it look like next? Throughout the festival, there were a number of very specific recommendations and ideas — from putting solar panels on the roofs of synagogues to divesting pension funds and endowments from fossil fuels to making human composting fit in with Jewish traditions around death. Collectively, the community can continue to pressure our elected leaders to make policy in cities, states, and the nation to help move the needle.

The spiritual side of climate action

I think that the best spiritual traditions — whether it’s organized religion or yoga or Peloton or anything else — are a practice more so than a set of rules that you do or don’t abide by. They provide an architecture to help us lead more intentional, reflective, healthy, connected lives. Judaism, for one, is deeply communal. There are certain rituals or prayers that you can only do in a group of at least 10 people. I think marrying that culture and tradition with these conversations about climate is an opportunity to remember how we are very much part of larger systems. That helps us find points of connection, where our decision-making isn’t just about ourselves — it’s about our family, our community, and our relationship with the earth.