We can’t build what we can’t imagine. If we want a future that is sustainable, equitable, and just, policy and advocacy alone won’t get us there. We need to look outside the bounds of what seems possible today: Climate fiction allows us to do just that. As sci-fi writer Arkady Martine has noted, climate change will make us all experience multiple worlds in our lifetime, whether we like it or not. So we might as well dream up the one that we’ve always wanted and fight for it with all our hearts.

Our different lived experiences — languages, traditions, joys, and hurts — inform what we see in a thriving future. That’s why, for the second year, Fix is inviting writers the world over to show us a vision unique to them. Imagine 2200: Climate Fiction for Future Ancestors seeks short stories that envision the next 180 years, or roughly seven generations, of climate progress. You can check out last year’s winning pieces for inspiration, and submit yours here.

We’ve assembled a stellar panel of writers, editors, and academics (including Martine) to select the 12 winners of this year’s contest. We asked the judges to share what they think storytelling can accomplish, how their experiences inform their writing, and why all of this especially matters in the context of climate. The resounding themes were that imagination, the “possibility space,” is crucial to the climate fight, and that identity contributes to the scope of what’s possible to imagine. All comments have been edited for length and clarity.

Arkady Martine is the author of The Teixcalaan series, a multitude of short stories including “Being Together Amongst Strangers,” and various other fiction works. She is also a historian, a climate and energy policy analyst, and a city planner.

“I believe in exploratory fiction that allows you to reimagine the world in ways that you might not have been able to without reading something.” 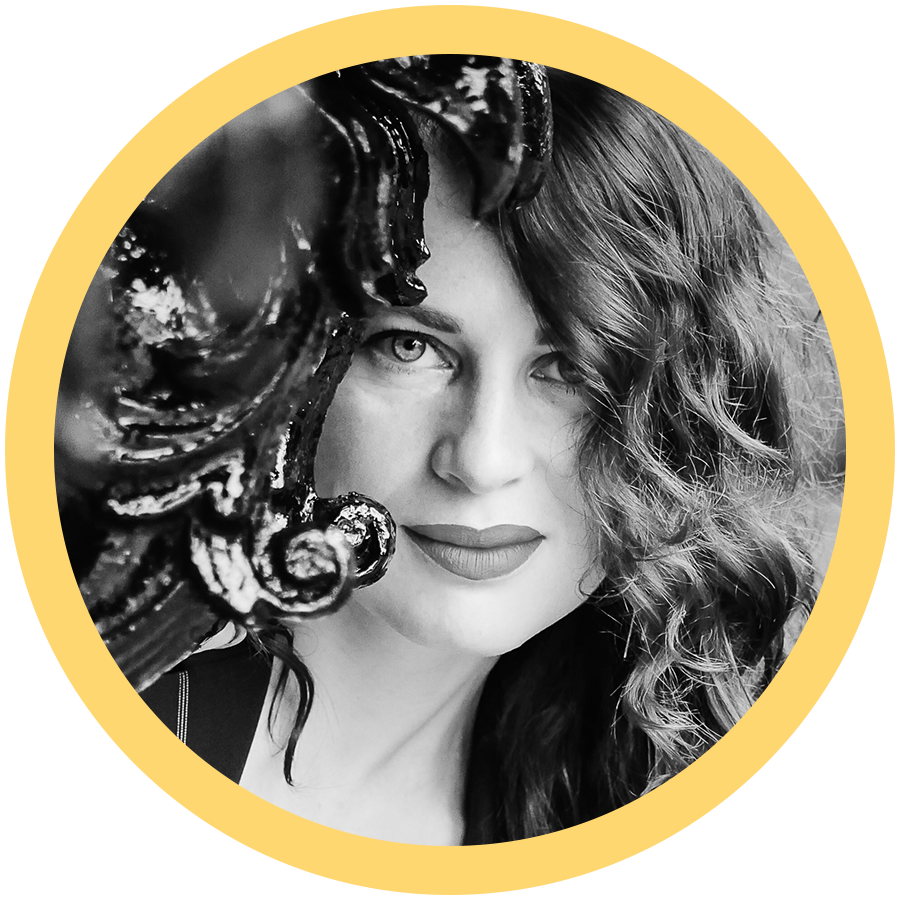 I think [storytelling] is the primary function of humans. That’s sort of what makes humans people. I believe in exploratory fiction that allows you to reimagine the world in ways that you might not have been able to without reading something. It’s that possibility space where a person might imagine what the future would look like, what their own capabilities might look like.

I think [my storytelling] comes from my religion. I’m Jewish, and the sense of storytelling and talking and arguing is a really deep part of how I view the world. I’m not an incredibly practicing Jew, but it’s a huge part of my ethics. Everything I write is in some way a Jewish story, even though it’s very rarely about Judaism. That’s where my sense of engagement with the world comes from — what our responsibilities are as people who could make covenants at all.

I’m really drawn to the theme of exile. I think that exile is something that we’re all going to deal with because we are in exile from the world we thought we lived in. Those of us who are in the [millennial] generation, and some older and younger — we were born into one place and we are going to live in another.

Sheree Renée Thomas is an award-winning fiction writer, poet, and editor of The Magazine of Fantasy & Science Fiction. She edited the Black speculative fiction anthology series Dark Matter: Reading the Bones, and is the author of Nine Bar Blues.

“If we create characters that are strong and memorable, that you can empathize with or root for, they will draw you into a world in which you are invested.” 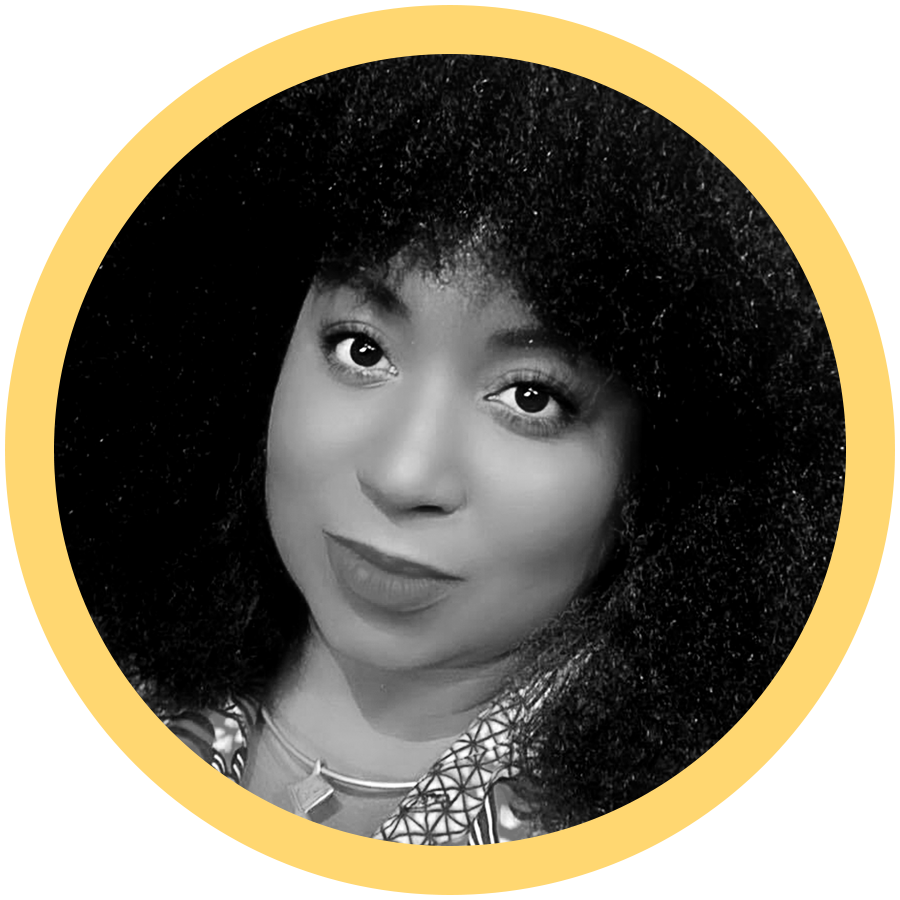 Almost everything we do has a story connected to it, whether we are aware of it or not. Something about stories touches that primal part of humans, that child brain and child spirit, and it makes us go back into story land where things feel very real. That’s what we want in our cli-fi. We want you to be aware of what’s at stake, and to have a strong enough impression about it that you pay attention and perhaps at some point in your day, in your life cycle, you make some other choices.

The sheer act of imagination in creating a story is something that, if it’s done well enough, pulls the reader outside of their world into the world that the writer has created. If we create characters that are strong and memorable, that you can empathize with or root for, they will draw you into a world in which you are invested. And you take that visceral experience throughout the day and talk about it with someone else, perhaps, and go and do more research. It has an impact on you.

My life is affected by climate change. I’m a Black woman in America. Minority communities are often placed in bottom lands that flood regularly. I grew up in Memphis and it’s a big city, but it’s still very green. The wind and the trees bring scents to you. [I remember] the sky being full of sheets and sheets of light because the fireflies were out, and they hadn’t yet been sprayed into oblivion — and all of these ancient, ancient trees, which we still have despite the many storms that have changed them. In Nine Bar Blues, there’s a story called “Thirteen Year Long Song” in which some of this is very, very evident in the land.

Grace L. Dillon is a professor in the Indigenous Nations Studies program at Portland State University, and is of Anishinaabe and European descent. She edited Walking the Clouds: An Anthology of Indigenous Science Fiction and coined the term “Indigenous futurism.“

“For us, the very taking in of a story about climate change is medicine.” 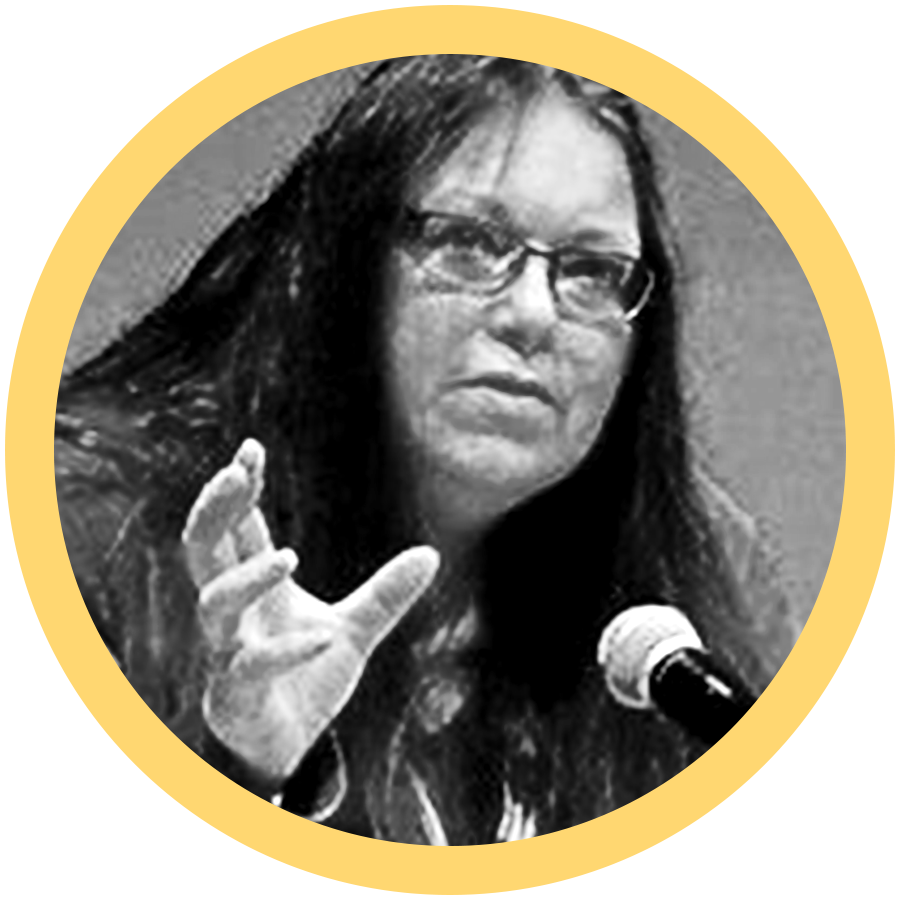 [There is a] word in my language, inaendoomowin, which in English would translate to something like “imagination.” But what it really means is that you are so moved by the imagination that what is spoken as a story comes into being. It actually exists.

We view our stories as mshkiki, as medicine that heals us and everyone else with us. So for us, the very taking in of a story about climate change or global “weirding” [is medicine]. Within Octavia Butler’s stories, for example, she’s offering not only harsh realities, but she’s also offering [a story] about continuing to exist in the future — to continue to fight and to struggle, that in and of itself becomes a real victory and something to celebrate.

As I grew up, my dad would take me out into the woods and give the names of different rocks and boulders in our language. I would know, even as a little one, that one is alive and I can speak with it and it can speak with me. [In my latest cli-fi story] I’m using stars and boulders and stepping stones … that are treated as persons with personhood. Even as [the story] is talking about climate chaos and climate crises, it is being put into that kind of language.

[My friend] Helen Haig-Brown from the Tsilhqot’in Nation [and I] had this lengthy talk on Indigenous futurisms and science fiction. There was this moment of epiphany, and she said to me, “So, really what you’re talking about is taking the fiction out of science fiction.” [Climate fiction] is, of course, a story, and there are the trappings of it being fiction, and the wonder and the marvel of it as well. But at the same time it’s writing about something very real to people.

Feeling inspired? Learn more about Imagine 2200, check out last year’s collection, and submit a story by May 5. Let’s imagine our way into a new world.