In a boon for the climate, philanthropists are making it rain for cleantech innovators 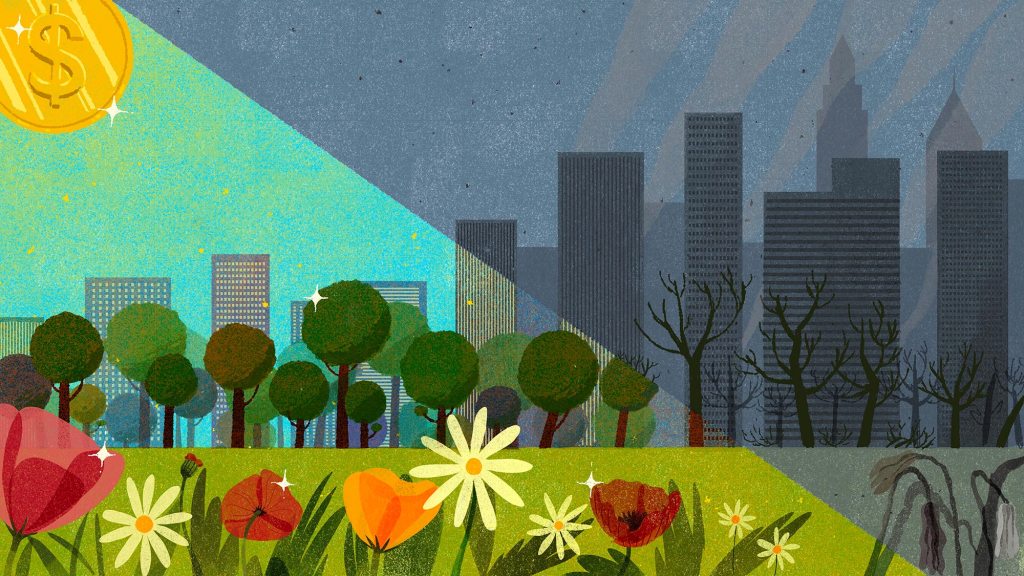 In a boon for the climate, philanthropists are making it rain for cleantech innovators

Seventeen years later, Kearney has not only mastered the skills needed to run a charitable organization and a venture capital fund worth around $50 million, she’s pioneered a new way of financing clean technology startups and emerging technologies. She leads Prime Coalition, a public charity that has secured $89 million. It has poured that money into 18 energy ventures that have since raised more than $75 million from traditional investors. Last year, Prime Coalition launched the Prime Impact Fund to bankroll “tough” climate tech — the sort of capital-intensive work that often struggles to find support because it won’t soon see a profit.

“What’s important here is that the climate crisis is such a large-scale problem that we need lots of different types of solutions,” Kearney says, “and so we need to match up right-fit capital to each kind of solution.”

Kearney was just 22 when she graduated with a degree in commerce and took over the Chesonis Family Foundation, managing some $4 million in annual grants to cleantech research. It wasn’t long before she realized that that particular field doesn’t receive much charitable support. Philanthropists donated $730 billion to charity worldwide in 2019, but less than 2 percent went to climate change, which remains a tough sell compared to something concrete like eradicating malaria. Engineering research remains particularly under-funded. Kearney decided to focus attention there and created a portfolio of about three dozen fellows at some of the nation’s leading universities.

That revealed another problem. Many of them were developing viable products with commercial appeal — Quidnet Energy, for example, created a novel method of storing hydroelectric energy — and needed money to advance their work. Due to the vagaries of finance law, they couldn’t use the foundation’s grants to support a for-profit venture. They were caught in what venture capitalists call “the valley of death” between a prototype and a market-ready product. Climate-focused technology often gets stuck there because it is expensive to build and can take a long time to generate profits.

Kearney saw an opportunity, but wasn’t sure how to capitalize on it. She wondered if there might be a financial vehicle for philanthropies that consider for-profit investing an extension of their charitable giving. Kearney made that a focus of her graduate studies at MIT in 2010 and found a solution in the federal tax code: program-related investments, or PRIs. They are akin to grants, but those making them typically expect to see a financial return they can invest in other ventures. Although this tool is used to, say, finance affordable housing projects or invest in under-served communities, Kearney realized she could use it to finance the development of cleantech without taking resources away from other causes.

“It would be strongly against Prime’s goals for the field if we were to cannibalize catalytic capital that could go to other critical, life-saving work outside of climate change,” Kearney says, “and it would also be against our goals to cannibalize traditional grant-making within climate change.”

Kearney notes that almost one-third of the 165 organizations that have invested through Prime had not previously worked in the climate space, and 64 of them had never used a PRI. That suggests to her that Prime Coalition is using a common investment tool to tap new resources rather than drawing from an existing pool of philanthropists.

“PRI has been a long underutilized tool of the tax code,” says Alicia Seiger, managing director of the Steyer-Taylor Center for Energy Policy and Finance and the Sustainable Finance Initiative at Stanford University. “What Sarah really pioneered was its application to climate and energy.”

Bridging the ‘valley of death’

Seiger, who also serves on Prime’s board, says getting foundations to support such risky ventures can be difficult because “climate” is not generally recognized as a charitable purpose. Foundations tend to be fiscally conservative and less keen on using a complex tool like a program-related investment, she says. But Prime Coalition has proven the model works: 160 philanthropic organizations have participated in the program so far. None of them expects market-rate returns, but any returns can be recycled through the program.

Prime Coalition’s impact caught the eye of the MacArthur Foundation, which awarded it $400,000 in grants in 2015. Last year, the foundation invested an additional $5 million into the Prime Impact Fund, choosing it from over 100 similar organizations.

“Prime is a great example of bridging innovative technology across the valley of death,” says John Balbach, who directs impact investments at MacArthur. “Each investment they’re pursuing has the potential for gigaton-scale greenhouse gas emission reductions.”

Kearney says Prime Coalition sees about four times as many opportunities as it can support, but its idea of taking some of the risk out of such investments has taken root within the VC community and allowed new technology to flourish. “That’s the playbook we’re planning on running many, many times,” she says.

*Correction: We originally stated that the energy ventures Prime Capital supports had raised $36 million in traditional investments, rather than $75 million, and that 167 organizations have participated in Prime’s PRI program, rather than 160. Fix regrets the errors.