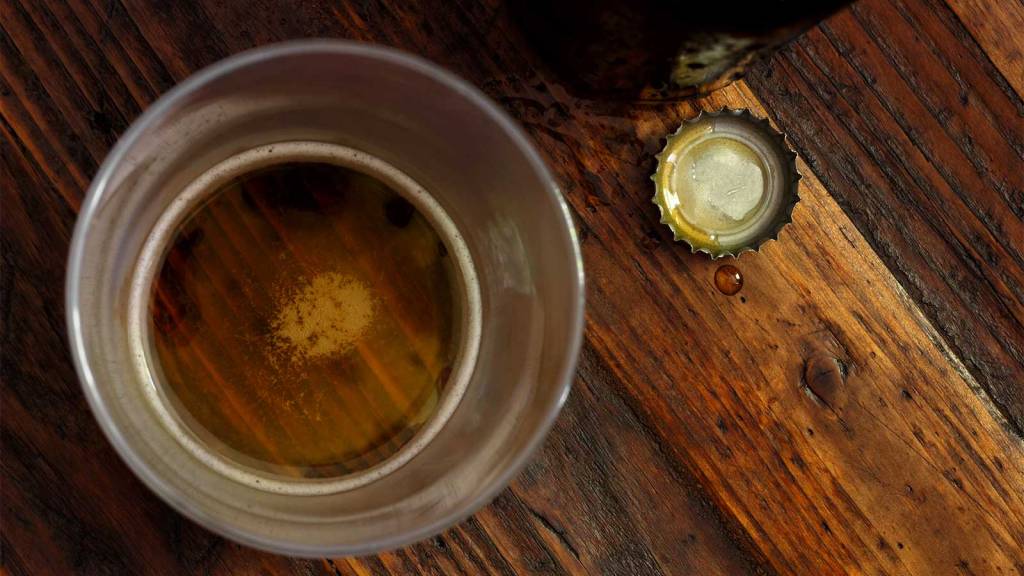 Plastics are everywhere: on the street, in our refrigerators, all over the oceans — you name it. But now they’re hitting us where it really hurts. Authors of a new study published in the latest edition of Food Additives and Contaminants found traces of plastic particles (and other debris … we’ll get to this later) in beer.

This is how the study worked: Researchers lab-tested samples of 24 varieties of German beers, including 10 of the nation’s most popular brands. Through their superpowers of microscopic analysis, the team discovered plastic microfibers in 100 percent of the tested beer samples.

“The small numbers of microplastic items in beer in themselves may not be alarming, but their occurrence in a beverage as common as beer indicates that the human environment is contaminated by micro-sized synthetic polymers to a far-reaching extent.”

It’s not breaking news that plastics don’t just vanish into the ether when we’re finished with them. Unless you haven’t heard, in which case … BREAKING NEWS: The plastics we use today will stick around longer than your great-great-great-great (and then some) grandchildren.

Water bottles and sandwich bags could potentially take up to 500 years to decompose. Here’s why: plastics don’t biodegrade, they photodegrade (or, when exposed to light, disintegrate into a million little pieces). Those pieces stick around for centuries, making their way into any and all ecosystems on the planet — and, apparently, into the amber contents of our steins.

While none of the beer in the recent study contained enough plastic to be imminently harmful to public health, the plastic invasion of our brewskies is a wake-up call that plastic waste is penetrating our entire human environment.

Oh, and those other unwelcome ingredients I mentioned? They included exfoliated skin cells, tiny shards of glass, and an almost-whole dead insect. The grossness level reaches Fear Factor caliber (except for the bug — who knows, maybe they’re hopping on the bug-eating bandwagon), which can mainly be attributed to filthy work conditions in large-scale breweries.

This study’s going to be big news in Deutschland, as Germans take their beer very, very seriously. Germany boasts a 500 year-old beer-purity law insisting brewers include only three ingredients in the brewing process: barley, hops, and water (yeast was added later). At least for the next 500 years or so — or until we can eradicate plastics forever and ever, amen — they’ll have to allow a few other ingredients, too.