From lab to plate: 'Cultured meat' finally hits the menu 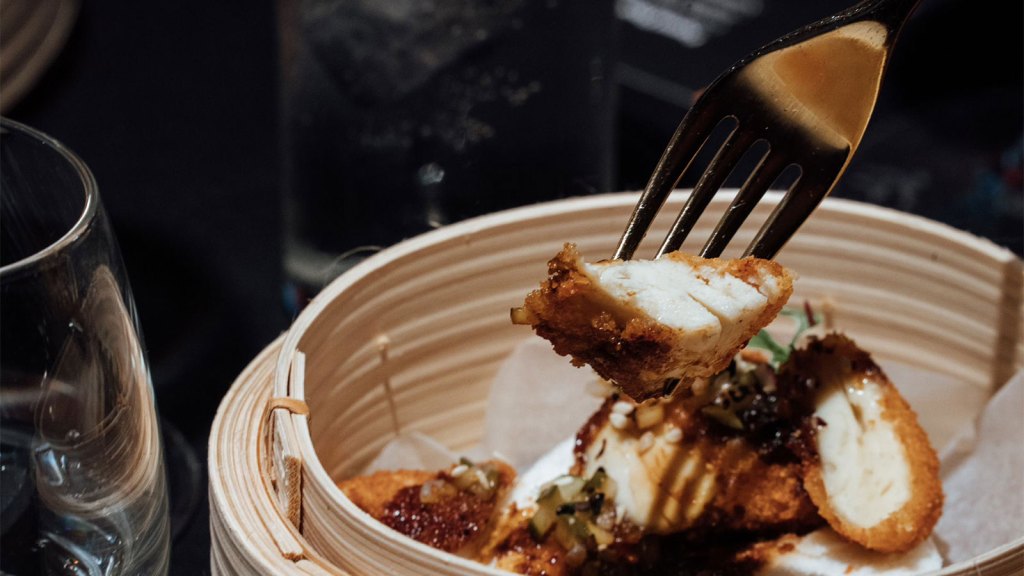 From lab to plate: ‘Cultured meat’ finally hits the menu

At the debut, the restaurant served cultured chicken from the brand GOOD Meat, affiliated with Eat Just, a sustainable food startup based in the U.S. The event followed the regulatory approval of the product by Singapore, which became the first country to give the OK to sell cultured meat in November.

“I’m speechless,” an 11-year-old patron of the restaurant said in a press release. “It will save a lot of animals’ lives and it will be a lot more sustainable … It feels good to have chicken without feeling guilty.”

This new form of chicken, however, may not fit into traditional vegetarian or vegan diets. After all, the food is still made of animal cells, unlike the popular plant-based meats created by the companies Impossible Foods and Beyond Meat (now seen on menus at Burger King, Red Robin, and more.) Eat Just’s latest innovation presents a different solution to the problems of big livestock operations, while still hoping to appeal to meat lovers worldwide.

“This launch and future developments in the field will forever impact our relationship with the food we eat and the planet we inhabit,” said Andrew Noyes, Eat Just’s Head of Global Communications, in a press release. “This marks the beginning of us doing things better than we have done for thousands of years.”

Plant-based diets have existed for millennia, of course, tracing back to Ancient Greece and the influence of Siddhartha Gautama, the Buddha, in Ancient India. (The term “vegan,” though, didn’t show up until the 1940s). Today, many people have turned to meat alternatives over concerns about climate change and animal cruelty. The movement to create cultured meat, led by companies like Mosa Meat, Memphis Meats, and now Eat Just, is founded on the same concerns.

Some industrial livestock farming practices have led to inhumane living conditions for the animals involved. Hogs, cattle, and poultry are often born and raised with little space to move and are pumped with antibiotics and hormones. These creatures are sometimes so confined that they develop skin abnormalities. In the case of milking operations, cows may have back-to-back pregnancies, their young pulled from them at birth — either carted off to become future dairy cows, or sent to veal processing plants to become hamburgers. Chickens are often treated like egg-laying machines, stuck in enclosures so small that they suffer broken bones and arthritis.

These operations also tend to release a lot of methane, a greenhouse gas that’s roughly 85 times more potent than carbon dioxide over 20 years. The Food and Agriculture Organization of the United Nations estimates that grazing animals like cows contribute to 40 percent of methane emissions globally. Concentrated poultry and hog operations also release methane and other pollutants — waste that has been linked to respiratory illness in the communities surrounding these farms.

By midcentury, more than 9 billion people could be living on the planet — and as the demand for meat products around the world increases, so too will emissions. Organizations like Eat Just say that cultured meat will cut emissions by reducing the reliance on industrial livestock operations and the methane that they release.

Will cultured chicken and other cultured meat products begin to replace livestock? At the moment, the greatest barrier to scaling this product is cost. According to Bloomberg, making cultivated meat costs anywhere from $400 to $2,000 a kilogram (2.2 pounds). And it’s unclear if the public at large is ready for it: About half of Americans said they would be unlikely to buy artificial meat, according to one poll from 2018.

Another barrier is getting approval to sell these products. “Currently, the FDA and USDA are building a framework and process for regulatory approval of cultured meat,” Noyes said in an email to Grist. “We’ve also engaged with regulators in other countries and hope that Singapore will serve as a model for how other countries can bring cultured meat to market.”

Chicken is just the first step for cultured meat. Companies like Mosa Meat, for example, are now working to create steak.