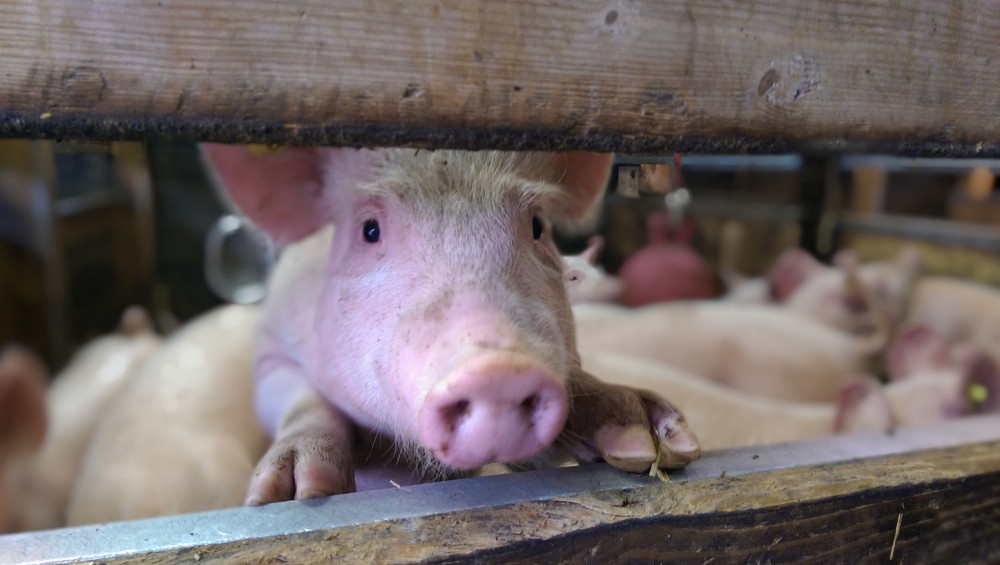 Now scientists have shown that they can reproduce this condition, called double muscling, using simple gene editing, rather than employing a difficult breeding regime. As Nature reports, a team in South Korea has used gene editing techniques to create pigs that produce way more pork than the average hog:

These ‘double-muscled’ pigs are made by disrupting, or editing, a single gene — a change that is much less dramatic than those made in conventional genetic modification, in which genes from one species are transplanted into another. As a result, their creators hope that regulators will take a lenient stance towards the pigs — and that the breed could be among the first genetically engineered animals to be approved for human consumption.

These big pigs could mean that we kill fewer swine and use less land to satisfy the global bacon fixation. Gene editing could also be used to create disease-resistant livestock and hornless cattle, so farmers don’t have to burn off the horn nubs, as is usually done. As with any application of gene tech, we can also expect a muscular controversy.

These technical fixes make a lot of practical sense, but do nothing to solve the fundamental problem of carnivorousness: How do we reconcile love of animals and love of meat? Maybe we can gene-edit double-brained people to figure that out.