The long, sad decline of the United States' alpacas 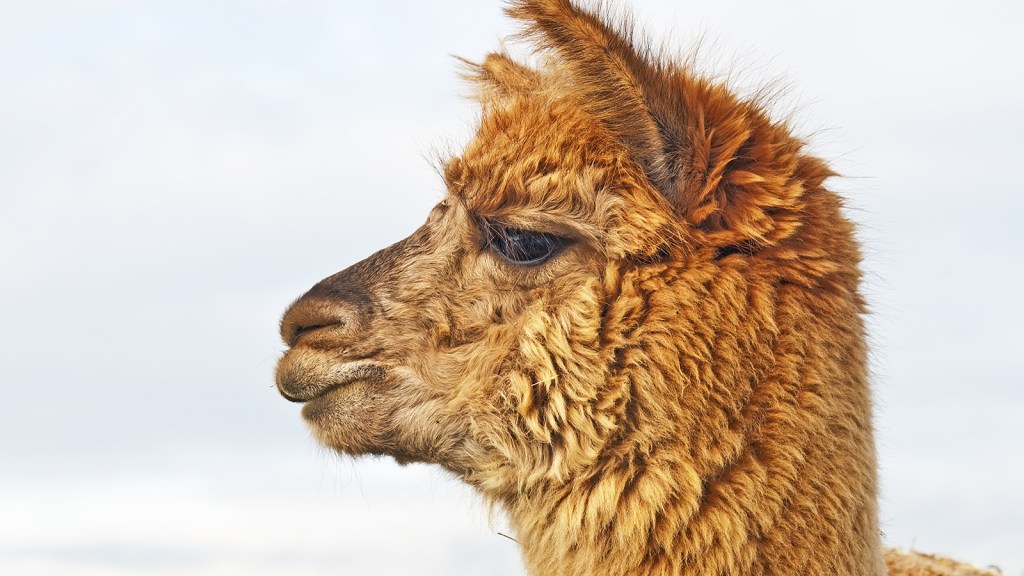 The long, sad decline of the United States’ alpacas

The fall 2015 cover of Modern Farmer features a svelte model with the hair of Lyle Lovett and the eyes of a seal pup. Her neck is long, her lashes are full, and skin looks like a fine sweater. She is an alpaca, and according to the cover, her time has come.

Alas, Modern Farmer is a little late to the game on this one. After a surge in alpaca popularity gave breeders hope of cashing in and retiring to the islands, the fuzzy guys are on their way out … and they’re taking some humans down with them. Harvest Public Media’s Luke Runyon reports:

Ever since imports of the animals began, alpacas have proliferated across the country, boosted by aggressive breeding programs. Back in the 1980s you’d really only find them in zoos. Now there’s close to 150,000 in the U.S.

Rarely slaughtered for meat in the U.S., the alpaca’s only real marketable product is wool. And the alpaca fiber market never took off the way many breeders were hoping it would. There’s little infrastructure devoted to large-scale processing of alpaca fiber. Today it’s mostly used in high-end, niche clothing, failing to significant inroads into the mainstream garment industry.

Robert Silver, a 73-year-old breeder in Polk County, Oregon, invested his lifesavings in alpacas, sure that he and his wife would be able to comfortably retire by selling their babies. But, he told the Seattle Times, “we were never able to sell any.” In February 2014, after complaints from neighbors, Polk County deputies investigated the Silvers’ farm and found 16 alpacas dead from starvation. The county seized the Silvers’ farm — including their 175 alpacas — and Robert was subsequently convicted of animal neglect and ordered to serve three years in prison. The Silvers got into the business, Robert told the Times, after his wife saw alpacas at a livestock show and fell in love with them.

In the mid-2000s the alpacas were pitched to older folks, mostly by alpaca breeding trade associations. The idea of being able to raise income-producing livestock on small acreage appealed to people looking to retire to a more bucolic lifestyle, [Southwest Llama Rescue owner Linda] Hayes says. …

Even news organizations fell for the “alpaca as sound retirement investment” hook. At the height of the bubble, CBS News visited with a Pennsylvania woman who jumped at the chance to breed the animals, spending a reported $56,000 for her herd.

“It was absolutely a house of cards and there was never the slightest chance that it could survive and prosper,” says Rich Sexton, an agricultural economist at the University of California Davis.

Unless alpaca wool sweaters are the next hot Christmas item, there’s little demand for what the animals produce. And because of the aggressive breeding, there’s now an abundant supply of fiber. Some alpaca owners give it away to farmers to use as mulch or sell it in bulk for cheap. Plus, Peru already has a thriving alpaca fiber industry, where it’s produced on a much larger scale compared to the U.S.

“The fundamental fact is that in this country, an alpaca, as an asset, an income-producing asset, is worthless. It has no value at all,” Sexton says.

Hmmm. Sounds familiar. Remember Beanie Babies? But unlike Beanie Babies, you can’t just toss alpacas in the attic and hope the grandkids think they’re cute someday. So let this be a lesson before you throw your savings into the next big fad: There’s one thing worst than being an alpaca, and that’s being a sheep.