Wherever you are in Greenland, the way the wind feels can place you in relation to the sea and the ice.

The Inuit have relied for nearly a thousand years on tiny nuances in the breeze to guide them on foggy, starless nights, and they gave these winds special names. A single word, isersarneq, communicates something like: “This is a wind in the fjord that comes in from the sea, and it can be hard to get home, but once you get out of the fjord, it’s nice weather.”

But recently, as the winds change and become unpredictable, these terms are disappearing.

“It’s a very complex set of factors driving language change, and climate is definitely one of them,” says Lenore Grenoble, a linguist at University of Chicago who specializes in Greenlandic.

Based on a dialect spoken in western Greenland, Greenlandic is the country’s official language, though other dialects are spoken in the east and the north. It’s a fascinating language, Grenoble says, made up of extremely long words that can be customized to any occasion. “There are as many words in Greenlandic as there are sentences in English,” she says. “There’s a lot we don’t know about how it works, or how the mind works when it does this.”

Some things, like the words for different winds, are disappearing before we get a chance to fully understand them. 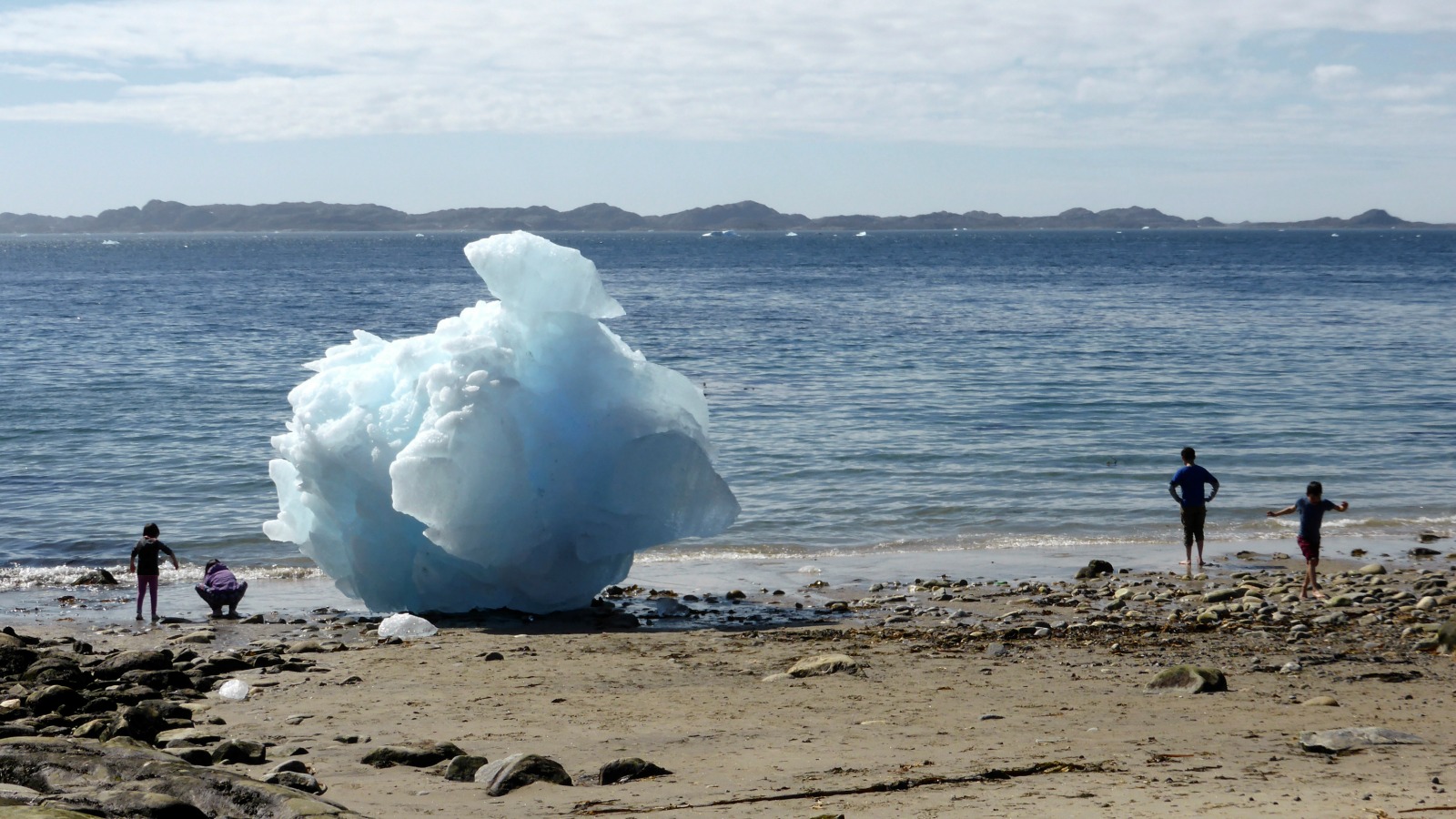 Children play next to icebergs on the beach in Nuuk, Greenland.REUTERS/Alister Doyle

We’ve lived past the peak of cultural diversity on Earth. Every two weeks, a language vanishes — one whose evolution stretches back to the earliest hominids traipsing the savanna.

Though it’s not a perfect measure, language is one of the best ways we know to gauge cultural diversity. And that diversity is in danger. Linguists predict in the next 100 years, half of the 7,000 languages currently spoken in the world will vanish.

The most common cause of language death is when people let go of their old language for a more dominant one, according to the Cambridge Handbook of Endangered Languages. People have an incentive to adopt languages of power, ones that have come to dominate through colonization and offer higher social status and better job opportunities. Languages can also die when a population is physically threatened through natural disaster, famine, disease, or war.

If you’re well versed in the effects of climate change, that list will sound familiar. As the world heats up, we’re on track to see more intense storms, rising seas, prolonged droughts, and the spread of infectious diseases — all of which can, in turn, lead to chaos, armed conflicts, and migration. And when people settle in a new place, they begin a new life, complete with new surroundings, new traditions, and, yes, a new language. 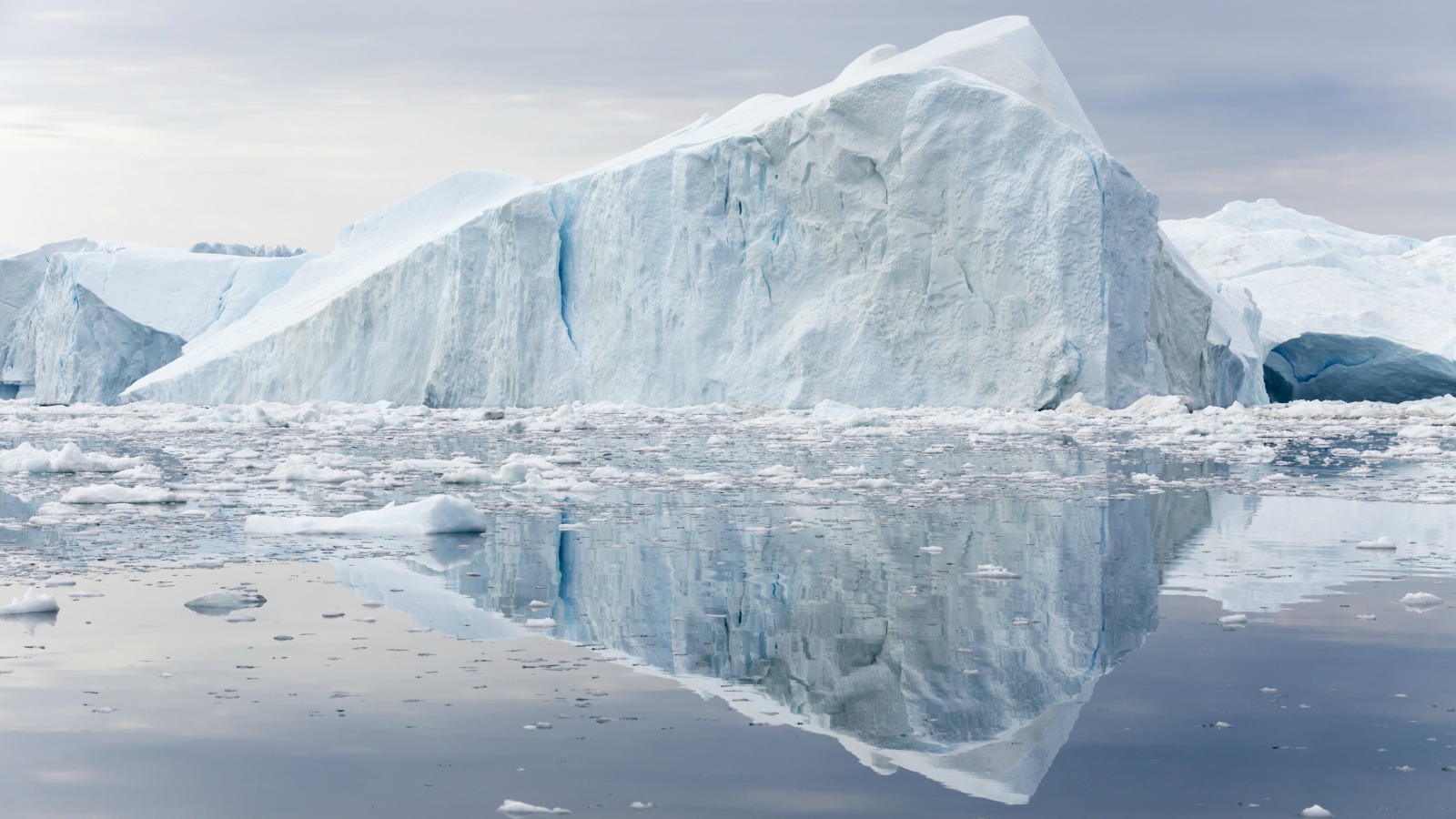 Perhaps no place on Earth is a clearer testing ground for rapid warming than Greenland. In the last four years, more than 1 trillion tons of ice have melted from its massive ice sheet. This year, the pace of melt was so shocking to climate scientists that they initially doubted their measurements were coming in right.

As Greenland’s environment is transformed, plant and animal communities are reshuffling faster than almost anywhere on Earth. Polar bears are moving south, mosquitoes are proliferating, new fish species are arriving, rain is falling erratically, and the air is getting more humid.

The way of life for native Greenlanders is shifting, too. While people used to use the winter sea ice in northern Greenland to hunt and travel, that ice is weakening. Now, a misstep could plunge you into ice-cold water.

Traditional Inuit food sources, like caribou, are also affected. Baby caribou tend to show up at the same time each spring, when plants are usually in their prime. But as the Arctic warms, plants are blooming and withering earlier. This mismatch means that young caribou and their mothers are eating lower quality food.

“The connection between Greenlanders and the animals is absolutely central — just as central as their language to how they identify as Greenlanders,” says Ross Virginia, director of the Institute of Arctic Studies at Dartmouth.

As climate change impacts the life and land around us, it shapes where we go, what we eat, how we talk, and who we are. 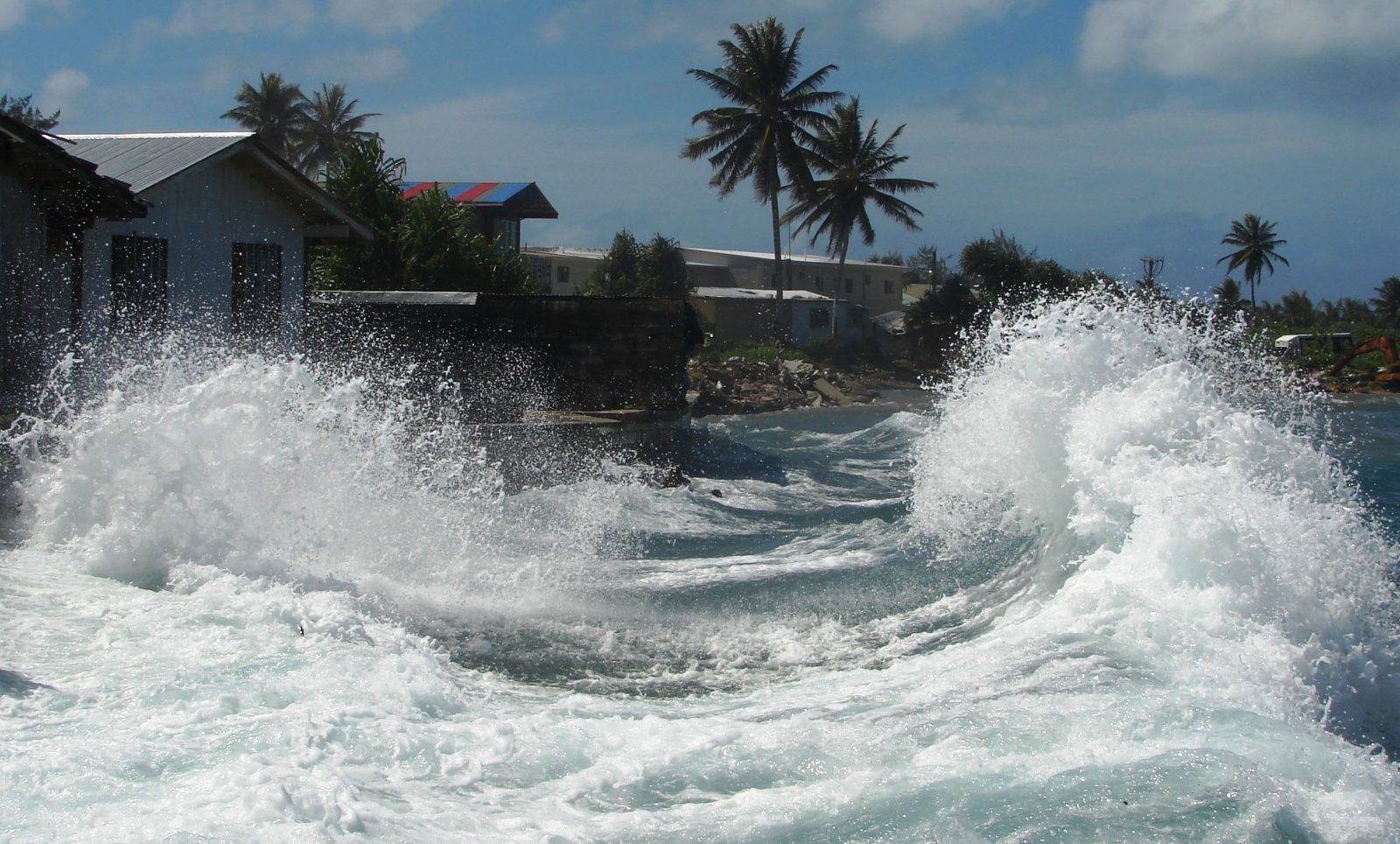 On the other side of the globe, Greenland’s melting ice is contributing to a similar existential crisis in the Marshall Islands. The chain of low-lying coral atolls stationed between Hawaii and Australia is experiencing a mass migration on the level of the exodus seen during the Irish Potato Famine. A fifth of the population left the country between 1990 and 2011, and climate change is increasingly a factor in the decision to relocate.

As the ocean swallows up the sandy islands, flooding streets with sewage and inundating freshwater supplies, people will be forced to migrate, likely to the United States. The largest population of Marshallese outside of the islands is in Springdale, Arkansas. There, Marshallese immigrants would likely assimilate and lose their traditional language within the span of a few generations.

“There’s definitely the sense that if you don’t speak Marshallese, you’re not really a Marshallese person,” says Peter Rudiak-Gould, an anthropologist who has studied the Marshall Islands for 10 years. “The culture couldn’t really survive without language.”

Coral atolls do have a built-in resistance to rising seas: Healthy corals grow and die, washing up on island shores as sand, naturally building them up over time. But the process can’t keep up if sea level rises too fast, or if reefs are lost.

“Anywhere there’s a coral atoll and a unique cultural group on that atoll, there’s that potential for mass migration and extinction of languages,” said Rudiak-Gould. Tuvalu, Kiribati, and the Maldives are all examples of this. Like the communities in the Arctic, the islanders of the South Pacific are facing down an uncertain future from unsteady ground. 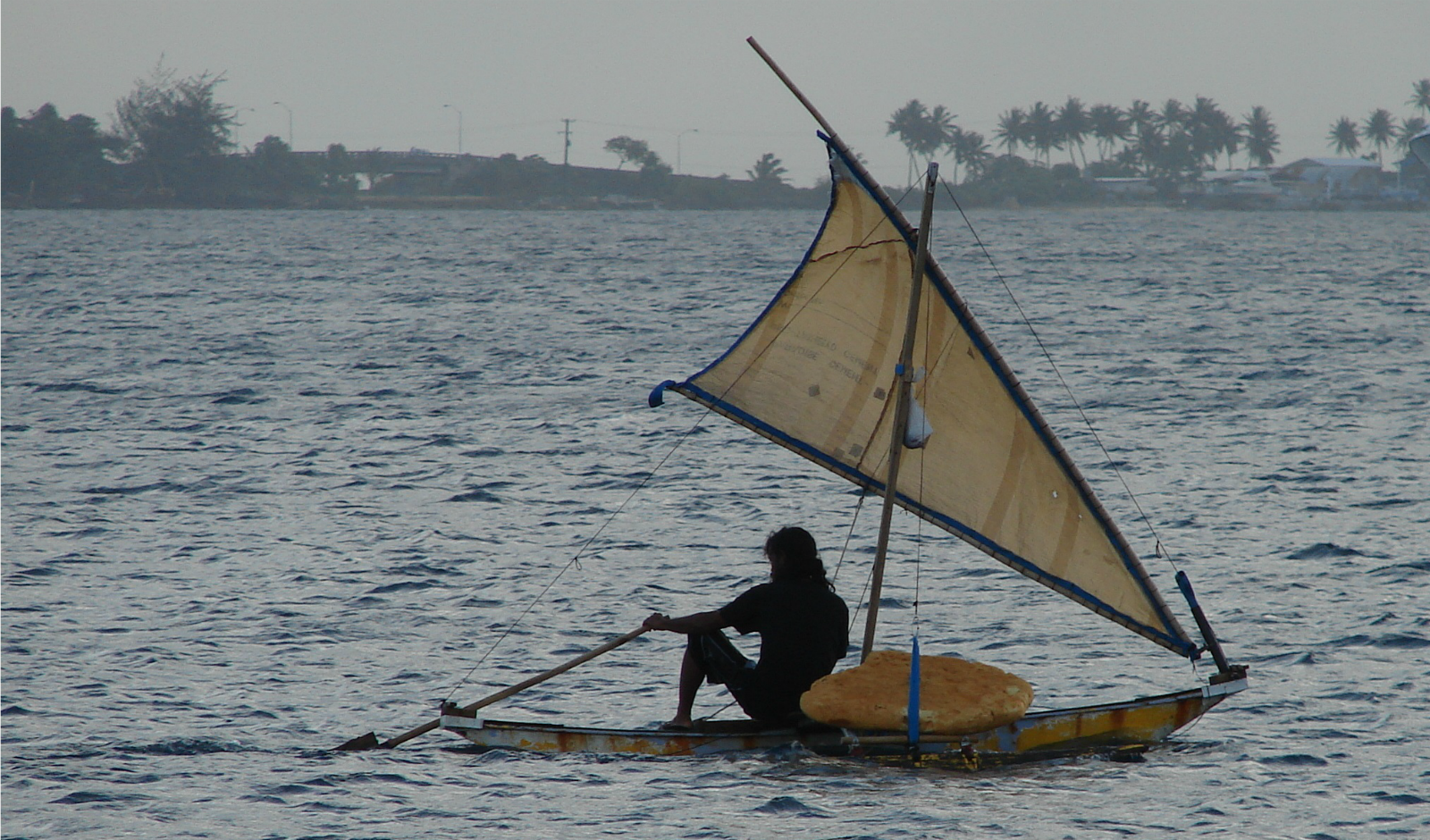 It’s difficult to pin migration solely on any single factor, which may explain why climate’s impact on indigenous languages hasn’t been studied closely. The Cambridge Handbook of Endangered Languages includes one tiny paragraph on the subject. It notes that climate change has been “largely overlooked” by linguists, even though it’s already begun to affect Arctic languages and will accelerate the decline of indigenous languages around the world.

Rudiak-Gould says we don’t really have any idea how many languages will go extinct. “Whatever it is, it’s probably higher than we estimate,” he says, “because climate change has not really been taken into account in those estimates.”

In an email to Nicholas Ostler, chair of the Foundation of Endangered Languages, I asked why the linguistic community hasn’t looked into climate change more closely. In reply, he wrote: “Well, climate change is a slow-acting trend — until it reaches a tipping point, I suppose.”

But climate change isn’t some far-off scenario: It’s the reality we live in now. In the Andes, isolated communities rely on glaciers and lakes that are vanishing. Coastal villages in Alaska are already relocating to escape rising seas and melting permafrost. Once-fertile farmland in sub-Saharan Africa is turning into desert. These communities have to negotiate life in a new, unpredictable environment — or leave, throwing tradition and identity to the winds. Climate change could displace an estimated 200 million people by 2050 (even up to 1 billion!). If we’re not at the tipping point yet, it’s on the way. 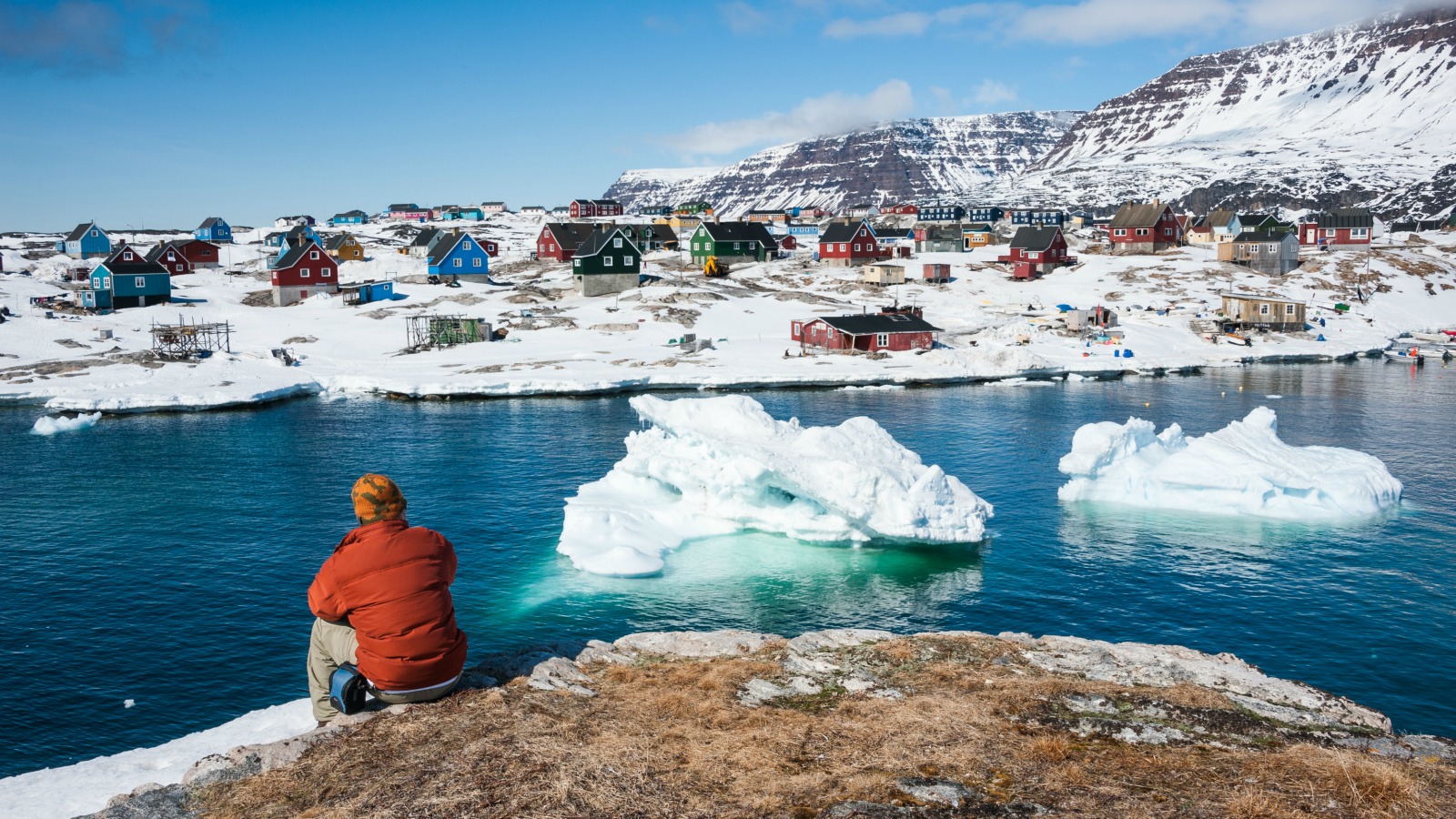 Emigration can threaten languages, but so can migration. Greenland, with only 50,000 residents, is facing a veritable invasion of foreign workers flocking to the small country to take advantage of opportunities opened by the retreating ice, largely in oil and mineral extraction. The boom is catapulting Greenland into 21st century geopolitics. Most projections estimate the new wave of industry could bring in about 2,000 foreign workers, but one found that as many as 200,000 migrant workers could come to the country — four times the current population.

“This would be massive social disruption,” Lenore Grenoble says. It’s a controversial topic at the moment. Some Greenlanders want to take the opportunity to claim their economic independence, while others are worried that foreign contact would threaten their identity. If huge numbers of workers speaking foreign languages come to the country, nothing is certain.

While the mining and drilling hasn’t begun, Greenland is already inundated with visitors. Many are “doomsday tourists” who want to see the country’s famous icy wilderness before it melts beyond recognition. About 35,000 people visit Greenland by plane each year, plus another 30,000 cruise visitors.

“You have these cruise ships that land and empty out hundreds of people getting off the boat, wearing the same color jackets — like they’re all red or yellow,” Grenoble says. “And they just descend upon a small town for a few hours and leave.” 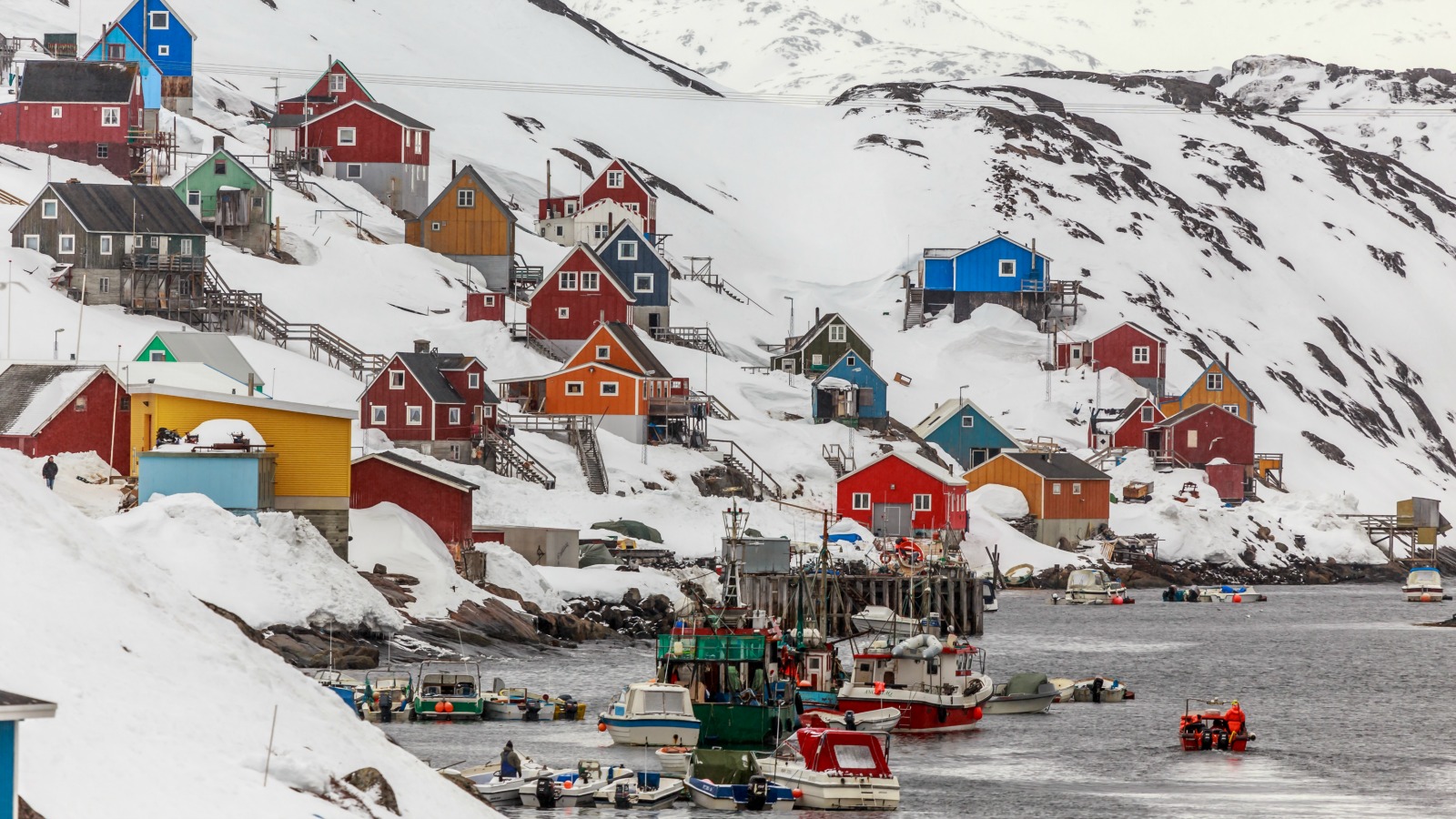 Greenland is strengthening itself against this tide, defending its language the way an island might bolster its eroding shoreline by trucking in sand.

The government is replacing Danish place names with the traditional Inuit ones, translating written materials into Greenlandic, and ensuring the language is used in schools. There’s even a language committee that legislates new words. Katti Frederikson, the head of the language secretariat, helps develop and approve new Greenlandic terminology for all sorts of subjects: economics, science, mining industries, and law.

“It’s hard to talk about change the way the Westerners are talking about it, because the Westerners are doing it in an abstract way,” Holm says in the video. “It is also abstract for the scientists — while for the Inuit living with the changes, it is something that we have to live with.”

When asked about the future of Greenlandic, Grenoble said, “I hope it lasts. The one language that I’m optimistic about in the Arctic really is Greenlandic.”

“If we lose our language, lots of stories will be lost, and lots of the traditional knowledge about nature, climate, medicine, and landscape,” Frederikson says. “And of course the way we think, the way we act, will be lost. So what I’m trying to say is that by the time people stop speaking Kalaallisut, we’ll have lost Greenlanders.”

Every language represents a way of thinking that’s been built up over time through organic processes, like an ecosystem adapted to a particular time and place — and it can be disrupted, even destroyed, by sudden changes.

To keep theirs alive, Greenlanders have to do more than hang on to their vocabulary. They need to keep the language relevant, shaping it to an unfolding world of miners, tourists, and changing winds.