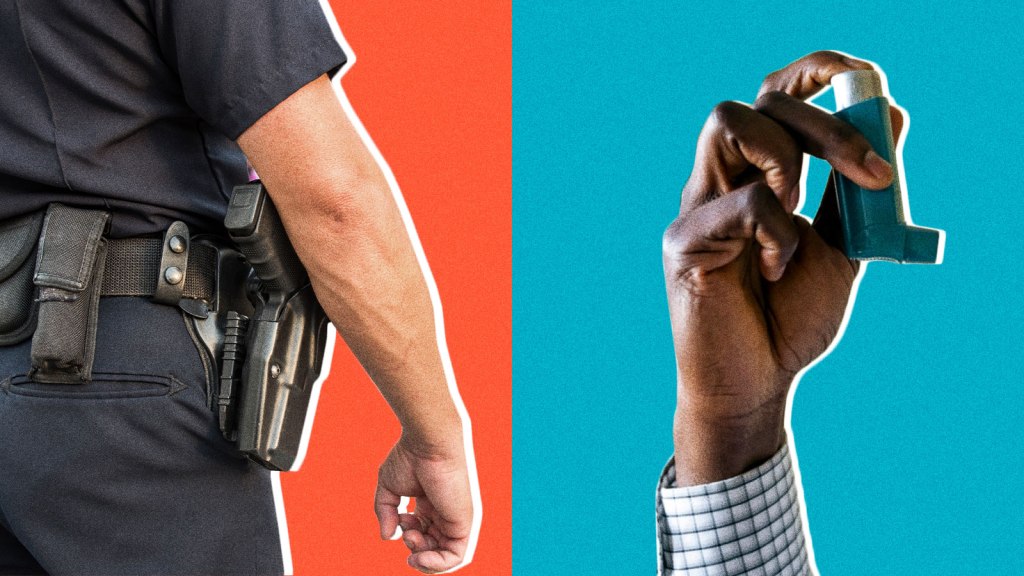 What does particulate matter pollution have to do with racist police violence? Quite a lot, according to these two academics.

In 2016, University of California professors Julie Sze and Lindsey Dillon published a paper in which they put “environmental justice literature in conversation with critiques of anti-Black police violence, as a way of understanding the multiple ways that racism becomes embodied in the U.S. today.” The paper looks closely at the police killings of Eric Garner in 2014 and Mario Woods in 2015 and the role that environmental factors played in the way their deaths were understood (or, in some cases, misunderstood).

“We suggest that the phrase ‘I can’t breathe’ points to the embodied insecurity of Black lives,” Sze and Dillon write. “We explore this embodied insecurity through the everyday act of breathing and, specifically, the conditions through which breath is constricted or denied.”

I spoke to Sze, who is a professor of American studies at the University of California, Davis. (Her coauthor, Lindsey Dillon, is an assistant professor of sociology at the University of California, Santa Cruz.) Sze has studied the intersection of race and the environment for more than 20 years. She’s noticed an uptick in interest in her 2016 paper since the massive wave of protests following the police killing of George Floyd in May, as well as data showing that Black Americans have faced disproportionately severe outcomes from COVID-19.

Q.When and how did you start making connections between over-policing and environmental racism?

A.Sze: I’ve been interested in race and health issues [around] vulnerability and premature death for a long time. A lot of the time, people who are killed by the police already have some sort of vulnerability [like obesity, asthma, or hypertension]… and their vulnerability gets weaponized against them. Like Eric Garner — that’s when that connection got really clear for me. Communities of color not being able to breathe — it’s kind of normalized: Black and Latino communities have [much higher rates] of childhood asthma and it is accepted and normalized.

Black Lives Matter and other insurgent social movements are basically saying that this ‘normal’ condition — of death for some people, and not others — is not okay. There’s nothing inherent or genetic about why communities of color are dying at higher rates from COVID or asthma or police brutality. These are social and structural problems.

A.Sze: He said “I can’t breathe” 11 times. Asthma is the inability to breathe — that just puts it out there. Also, the way the coroner’s report individualized [his death] — “oh, well, he had these conditions like obesity or hypertension” or whatever it was — the way that Black people’s bodies get individualized as hyper-dangerous, but also hyper-fragile.

None of [Garner’s] pre-existing conditions would have mattered if the police officer didn’t have a chokehold around his neck. It was like the sanctioning [of police brutality] through the official language of the death report. It’s the same thing with George Floyd: He had COVID…. That just diverts the blame.

Q.In the wake of the deaths of Breonna Taylor, George Floyd, and others, how do you connect your research on environmental racism to what’s happening in the Black Lives Matter movement today?

A.Sze: [Environmental justice has] been an ongoing fight over polluted space and premature death. Communities of color have always rejected that [and asked:] Why is that naturalized? Why is that accepted?