Black people have largely been expelled from the U.S. agricultural landscape. In 1920, nearly a million Black farmers worked on 41.4 million acres of land, making up a seventh of farm owners. Today, only about 49,000 of them remain, making up just 1.4 percent of the nation’s farm owners, and tending a scant 4.7 million acres — a nearly 90 percent loss.

This didn’t happen by accident. Since Emancipation, Black farmers have had to fight for a share of this country’s fertile ground, due to a history of racist policies and land theft. But modern sustainable agriculture owes much to Black agriculturalists, explained Leah Penniman, codirector of Soul Fire Farm in upstate New York and author of Farming While Black, on a recent episode of the Mother Jones podcast Bite.

Starting in the 17th century, European slave traders who forcibly moved Africans to this continent stole not just their lives and labor but also considerable agricultural knowledge, she said. The rice empire that developed in the early-U.S. Carolinas, for instance, flourished on the farming traditions of the Senegambia region of West Africa.

Enslaved people also maintained underground farming traditions from the homeland. “Our ancestral grandmothers, when faced with the very likely possibility of being snatched up, kidnapped and forced into trans-Atlantic slave ships, gathered up the seed that their families had been saving for generations—their okra, cowpea millet, sorghum, black rice — they braided that seed into their hair,” she said. They “believed, against all odds in a future on soil — that their descendants would need to inherit that precious seed.”

After the post-Emancipation promise of “40 acres and a mule” crumbled under the weight of President Andrew Johnson’s racism, Penniman noted, Black agriculturalists were relegated to sharecropping, an arrangement that generated considerable wealth for the white planter class but saddled farmers with poverty-inducing debt.

“It wasn’t until the early 1900s that Black farmers began to save just enough money here and there to start to purchase meager parcels — usually 2.5 acres, five acres,” she said. Over that time, Black farmers innovated methods that remain at the core of sustainable agriculture today. George Washington Carver, a pioneering professor at Tuskegee University in Alabama, has long been trotted out during Black History Month for his achievements in finding new uses for the peanut. He’s actually a towering figure who should be known for much more than peanut mastery.

The whole reason Carver wanted farmers to grow peanuts was because he was trying to convince them to plant nitrogen-fixing legumes into diverse crop rotations, which would improve the soil in a region that had been burned by decades of mono-crop cotton farming. Carver also developed a system for disseminating his university’s research to surrounding farmers through workshops and demonstrations, as well as helping them troubleshoot problems they were encountering. Carver’s system would later take form nationwide as the U.S. Department of Agriculture’s extension program, Penniman said. 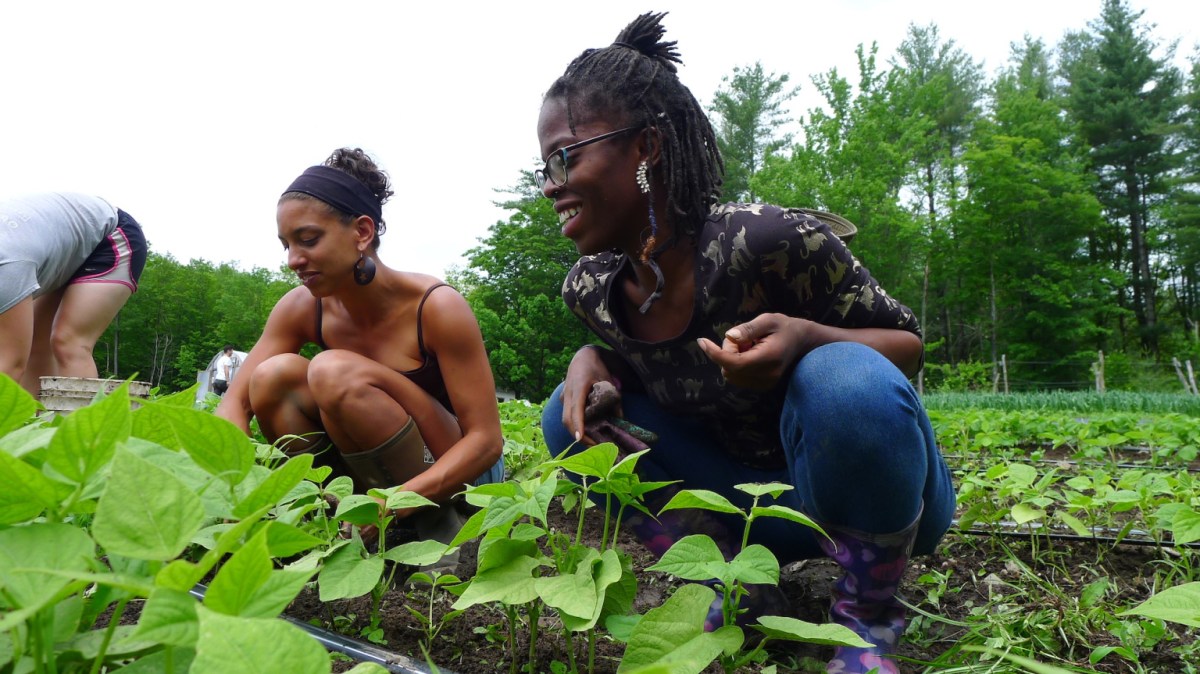 Black farm ownership peaked in 1920. Around that time, the Ku Klux Klan and other groups led a “swift and severe backlash” to terrorize independent Black farmers, she added. These vigilante efforts went along with a set of U.S. government policies — detailed in this great 2019 Atlantic article by Vann R. Newkirk II—that effectively expropriated Black-owned farmland, pushing it into the hands of white people. During the 20th century, the price of farmland rose by a factor of 52 — making it yet another vehicle for wealth-building that African-Americans were systemically denied access to. The steady rise in land values, which has continued into the 21st century, makes it prohibitively expensive for new farmers to break into agriculture, meaning that white dominance of farmland maintains plenty of momentum.

Penniman is part of a growing movement to reclaim Black farmers’ hard-won place in our country’s agriculture. Soul Fire Farm, the project she co-directs in Petersburg, New York, “focuses on training the next generation of Black and brown farmers, as well as providing food and medicine for our community,” she said. The farm is part of a coalition of groups “claiming sovereignty and calling for reparations of land and resources so that we can grow nourishing food and distribute it in our communities.”

Soul Fire Farm also leads the Northeast Farmers of Color Land Trust, which calls on “good-hearted, good-minded people” to donate land, which will then be farmed by people of color. She said the trust has “several hundred acres” in the New York/New England queued up for transfer over the next decade; and that several other similar trusts are setting up nationwide.

Penniman said she realizes that such grassroots efforts, relying on the goodwill of white landowners, are just a beginning — not nearly enough to undo the racist legacy of land theft and agricultural-labor exploitation that dates to the origin of white settlement on the continent. Making a significant amount of farmland available to people of color and Native Americans whose ancestors were dispossessed will require a serious reparations program that includes land reform — that is, transferring some territory from wealthy, white landholders and huge investment funds to young farmers of color.

“I doubt the existing power structure and the existing status quo will go so far,” Penniman said. “It would require a fundamental shift in our relationship to the earth.”