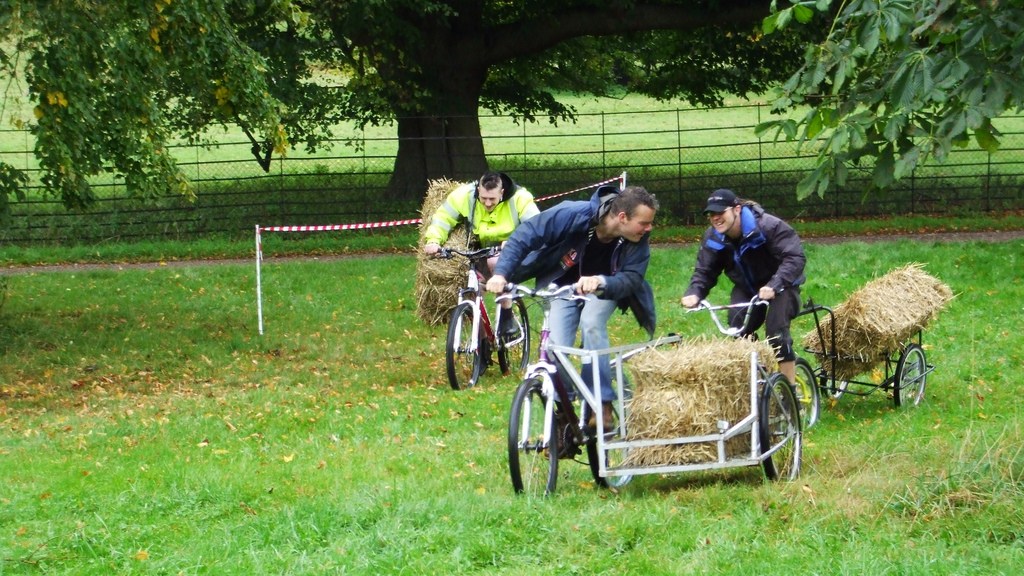 Mikael Colville-Andersen of Copenhagenize is raising money on Rockethub for Brazil’s first cargo bike championship race, which will take place in Rio de Janiero in May of 2014.

Rio’s got hundreds of cargo bike delivery people, who transport food, water, mattresses, dogs, and a whole bunch of other random stuff around the city every day. According to Colville-Andersen, this used to be true in Copenhagen, too, and starting in 1942, the city hosted cargo bike races:

The races become incredibly popular in Copenhagen. Thousands came out to watch. There was prize money, but really it was about honour, and winning the right to call yourself the King of Copenhagen – at least until the next race. These Svajerløb races were held until 1960, when cars and vans started to dominate goods transport in the city.

The races were revived in Copenhagen in 2009, and the idea is to start up the tradition in Rio, too. The money from this fundraiser — the goal is a hefty $40,000 — will go to set up the course, get publicity for the race, and fund prize money. We’d like to know a little more about how much of the funding will be going to go to the people the race is supposedly benefiting, but we also love the idea of cargo bikes racing for glory down the streets of Rio — or any city.