These shoes are completely made out of recycled trash 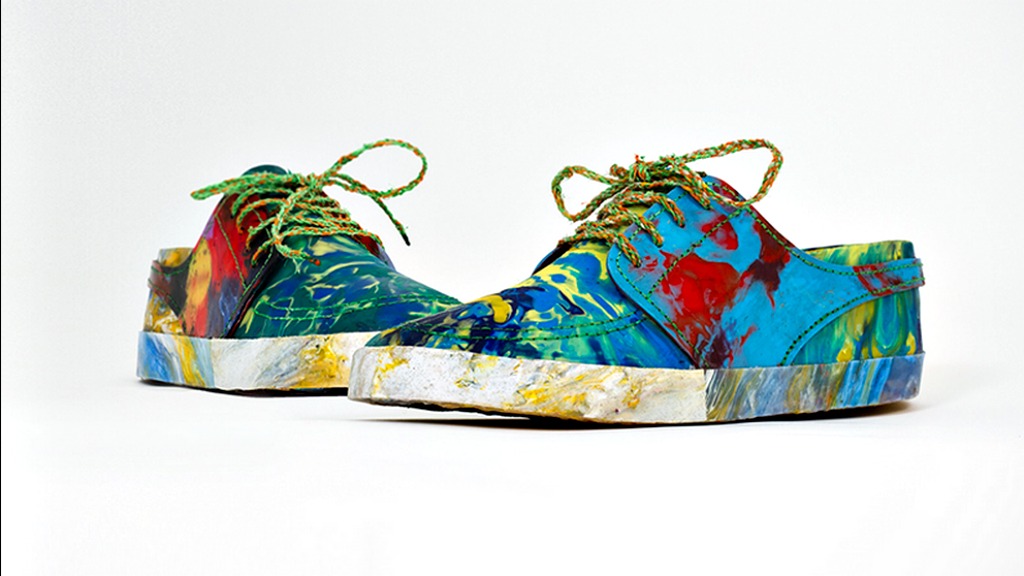 i've got sole, but i'm not a soldier

These shoes are completely made out of recycled trash

Consumerism constantly promises that THIS ONE THINGIE will make you happy or hot or successful. In that moment of swiping your debit card, it’s hard to imagine ever trashing your new panacea. And yet most things end up in the garbage (even stuff that makes a pit stop at Goodwill).

That’s the message behind Everything Is Rubbish, a recycling art project by a trio of British guys. Charles Duffy, William Gubbins, and Billy Turvey wanted to make a statement about the millions of pieces of plastic that end up in the ocean every day. They gathered plastic trash on U.K. beaches, disinfected the crap out of it, heated it up, smashed it into sheets, and created shoes out of it. It’s oddly mesmerizing; watch:

The first of our clothing to show signs of damage is footwear. In the eyes of the consumer, a superficial blemish or a shift in the latest trend is all that’s needed to warrant a new purchase.

Contemporary footwear spends barely a fraction of its life hugging a foot. For the majority of its life it is rubbish. Whether in a landfill or washed up on a shoreline, the synthetics within the shoes — in addition to the plethora of plastic we discard — will take centuries to break down.

Whoa. Who wants their legacy to be litter? The good news is, it’s not too late to change that. Buy less (the Everything Is Rubbish shoes aren’t for sale), buy quality, and fix what’s broken. Then you’ll leave behind something way better, like the memory of you killing it at karaoke.