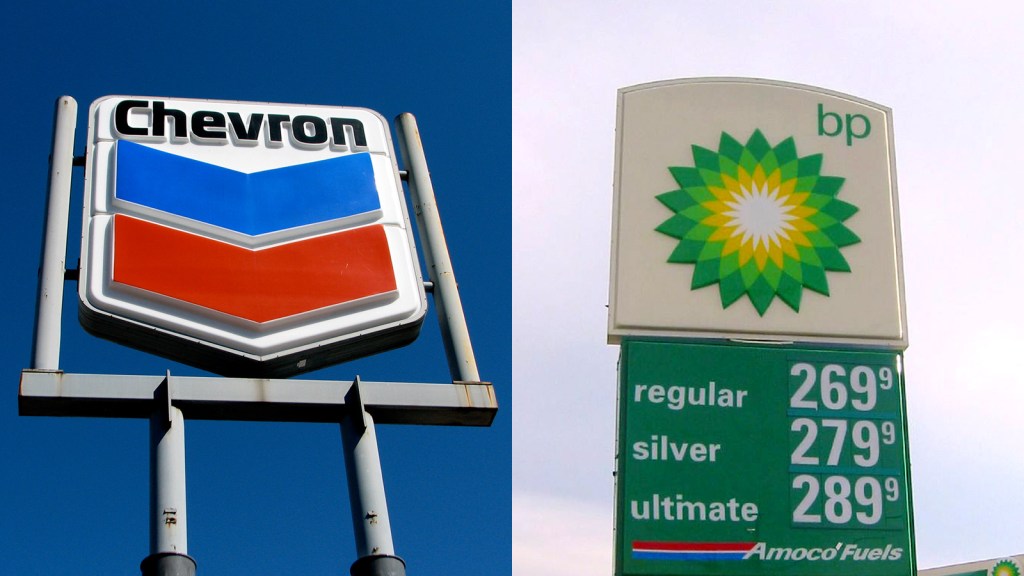 BP and Chevron, two of the corporations that are doing the most to toast the climate, bleat at us in costly advertisements about their meager efforts to harness renewable energy. But now even their modest renewables programs are being quietly dismantled.

“Renewable energy is vital to our planet,” Chevron helpfully reminded us in one of its insincere “We Agree” ads. “At Chevron, we’re investing millions in solar and biofuel technologies.” (Millions! From a company that made $21.4 billion in profits last year.) Beyond the marketing hype, here’s an injection of reality from Bloomberg’s Businessweek:

In January, employees of Chevron’s renewable power group, whose mission was to launch large, profitable clean-energy projects, dined at San Francisco’s trendy Sens restaurant as managers applauded them for nearly doubling their projected profit in 2013, the group’s first full year of operations. But the mood quickly turned somber. Despite the financial results and the team’s role in helping launch more than a half-dozen solar and geothermal projects capable of powering at least 65,000 homes, managers told the group that funding for the effort would dry up and encouraged staffers to find jobs elsewhere, say four people who attended the dinner. …

“When you have a very successful and profitable core oil and gas business, it can be quite difficult to justify investing in renewables,” says Robert Redlinger, who ran a previous effort at Chevron to develop large renewable-energy projects before he left in 2010. “It requires significant commitment at the most senior levels of management. I didn’t perceive that kind of commitment from Chevron during my time with the firm.”

But it’s not like Chevron is acting as a renegade in an otherwise responsible industry.

At the turn of the century, BP hired consultants who redesigned its logo as a green sun/flower mashup. It also introduced the marketing tagline “Beyond Petroleum.” Not all the money from the rebranding effort flowed to admen, though. In 2005, the company excitedly announced that it would spend $8.3 billion on green energy projects over a decade. (Compare that to the $42 billion the company expects to spend cleaning up the Deepwater Horizon mess.) Well, great news — BP hit that spending target a year early! Depressing news — it’s not going to commit to any more spending on renewable energy other than biofuels. From a March Bloomberg article:

BP has been disposing of assets to pay for the costs of the spill in the U.S. Gulf of Mexico in 2010 and last year put wind farms worth as much as $3.1 billion up for sale. In 2012, it scrapped a four-year old project to spend $300 million on a cellulosic ethanol refinery in Florida, and the year before, it shut its solar power business. It’s keeping biofuel research.

“BP hasn’t made a public commitment on future spending for alternative energy,’’ Phil New, BP’s chief executive officer of alternative energy, said in [a sustainability] report. “The financial commitment we made in 2005 has allowed us to cast a wide net in search of businesses that could be financially self-sustaining, and a good fit for BP. Our biofuels business fits the bill.”

If the reality that oil giants plan to continue blithely wrecking the planet has left you depressed, cheer yourself up with this little Chevron fairy tale: