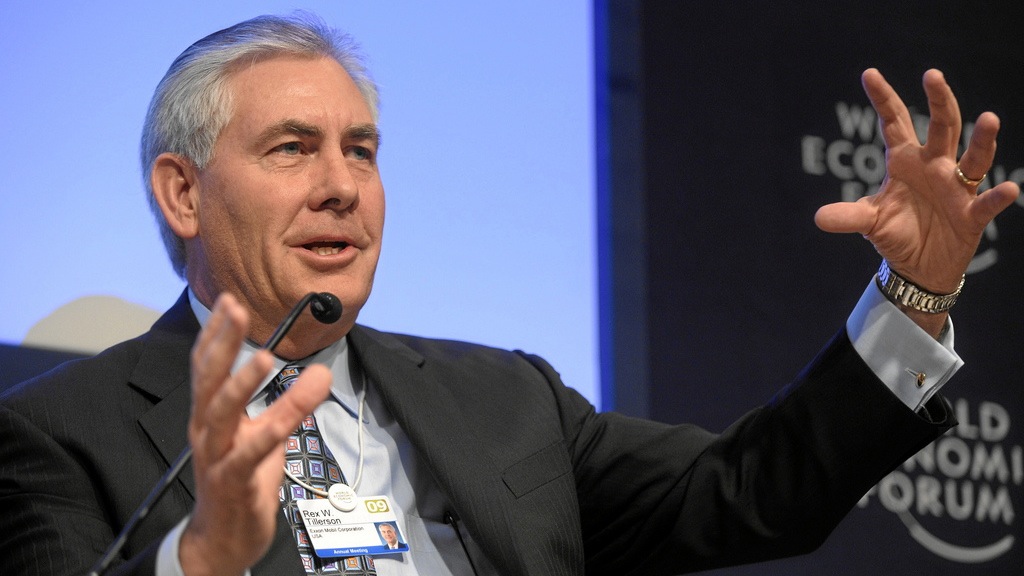 Public utility Cross Timbers Water Supply Corp. has had the nerve to plan a water tower in Bartonville, Texas – right next to Tillerson’s own personal horse ranch! Not only is the tower a blight on Tillerson’s very own piece of Texas forever, but it’s also going to bring all kinds of noise, traffic, and plebeians to his driveway. Oh, and one more thing – it’s also going to supply the energy companies that are quickly growing their fracking operations in the area. Included among these companies is XTO Energy, which ExxonMobil acquired in 2009.

Tillerson and his wife have brought suit against Cross Timbers to block the proposed water tower, and they’re not alone. Former U.S. House Majority Leader Dick Armey (R) and his wife are the lead plaintiffs in the suit. Armey’s impressive track record includes a stint as chairman of Tea Party-affiliated FreedomWorks, a D.C.-based nonprofit committed to “helping activists fight for lower taxes, less government, and more freedom.”

The Cross Timbers case has been going on since 2012, and was recently sent back to the district court after a ruling reversal by an appellate judge, according to The Wall Street Journal. The Tillersons, Armeys, and their co-plaintiffs argue that they were promised that utility construction would not come near their homes. Cross Timbers’ position has been that, as a public utility, they can build wherever they goddamn please.

Tillerson’s primary concern seems to lie in damage to the aesthetics and privacy of the property in which, as he repeatedly reminded the audience at a Bartonville town meeting in November, he’s invested millions of hard-fracked dollars. We might focus more on the danger of water contamination that tends to accompany fracking infrastructure, for which XTO Energy currently faces criminal charges in Pennsylvania. But, hey – you do you, Rex!

“I would like to officially welcome Rex to the ‘Society of Citizens Really Enraged When Encircled by Drilling’ (SCREWED). This select group of everyday citizens has been fighting for years to protect their property values, the health of their local communities, and the environment. We are thrilled to have the CEO of a major international oil and gas corporation join our quickly multiplying ranks.”