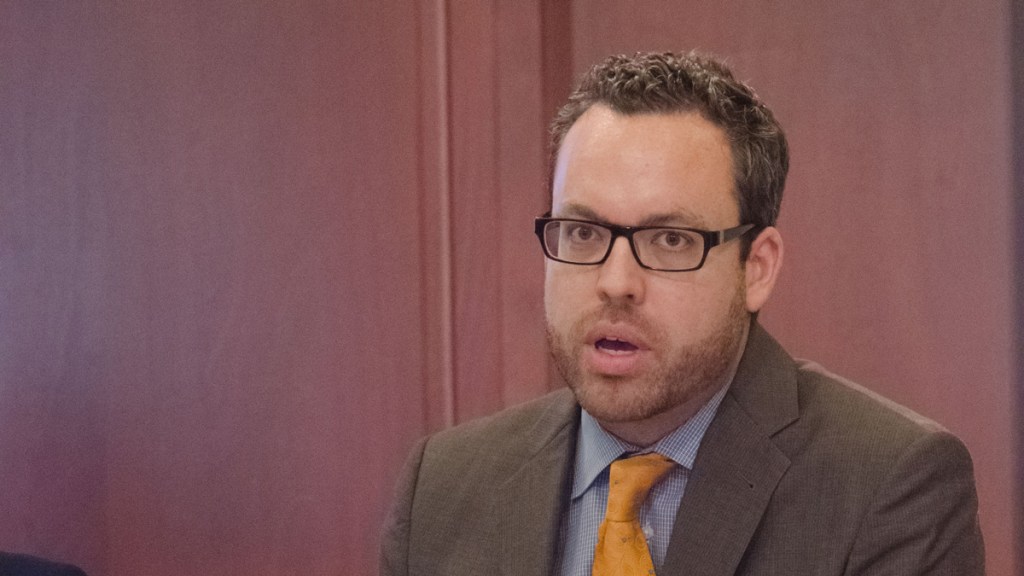 President Obama has nominated Nevadan Neil Kornze to lead the Bureau of Land Management. Kornze has championed the administration’s plans to lease public lands for solar-energy projects. He’s also worked to boost oil and gas drilling on federal land. So it seems he’s down with Obama’s “all of the above” energy policy.

The nomination shouldn’t come as a huge surprise: Kornze has been filling the BLM’s top job on an interim basis since March. (The last permanent director retired in March 2012.) Kornze joined the agency in late 2011. Previously he worked for eight years as an aide to Sen. Harry Reid (D-Nev).

The BLM oversees more than 245 million acres of public land. It leases out land for energy production and farming, manages wildlife, oversees campgrounds and other recreational facilities, and works to control fires. That first responsibility — leasing land for energy projects — will keep the agency in the hot seat in years to come as controversy bubbles up about leasing land for fracking and coal mining as well as for solar and wind projects.

Kornze’s boss, Interior Secretary Sally Jewell, had this to say about him: “Neil has helped implement forward-looking reforms at the BLM to promote energy development in areas of minimal conflict, drive landscape-level planning efforts, and dramatically expand the agency’s use of technology to speed up the process for energy permitting.”

Kornze played a key role in developing the Western Solar Plan, which established 17 low-conflict zones for commercial solar energy development and also identified lands appropriate for conservation, and the agency’s approval of 47 solar, wind and geothermal utility-scale projects on public lands, as a leader of the Department’s Renewable Energy Strike Team. When built, these projects [will] add up to more than 13,300 megawatts — enough electricity to power 4.6 million homes and support 19,000 construction and operations jobs. He also has been a leader in reforming BLM’s oil and gas program, including the upcoming launch of a nation-wide online permitting system that could significantly reduce drilling permit processing times, and in the bureau’s efforts to enhance and increase visitors to the diverse system of national conservation lands.

Alex Taurel of the League of Conservation Voters had nice things to say about Kornze: “As a westerner, he knows first-hand the importance of careful stewardship of our public lands. He’s the right choice for the job, and the Senate should act quickly on his nomination.”