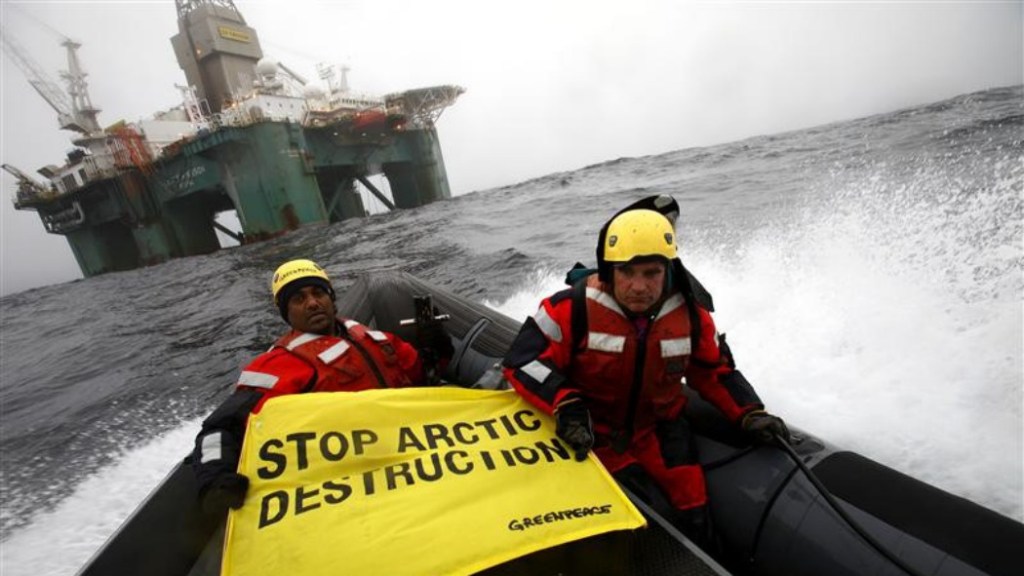 The Greenpeace activists who scaled Russia’s first Arctic offshore oil rig during a September demonstration have been given amnesty, but Russia is extending no such courtesies to the Arctic environment or the climate.

The rig that the Arctic 30 helped bring to the world’s attention has begun pumping oil. From Agence France-Presse:

The landmark announcement marked the formal start of Russia’s long-planned effort to turn the vast oil and natural gas riches believed to be buried in the frozen waters into profits for its ambitious government-run firms. But it also outraged campaigners who see the Arctic as one of the world’s last pristine reserves whose damage by oil spills and other disasters would be enormously difficult to contain. [State-owned oil company] Gazprom made its announcement in a statement that stressed the company also had rights to 29 other fields it planned to exploit in Russia’s section of the Arctic seabed. …

[B]oth Gazprom and the Kremlin view [this drilling endeavor] as a stepping stone in a much broader effort to turn the Arctic into the focus of future exploration that makes up for Russia’s declining oil production at its Soviet-era Siberian fields.

Greenpeace reminds us that this is a dangerous gamble. From a press release:

The offshore Arctic is the most inhospitable operating environment imaginable. Freezing temperatures, thick ice, months of perpetual twilight, giant storms and hurricane-force winds pose a unique technical risk to any oil company. There is no proven way of cleaning oil spilled in ice and even a small accident would have devastating consequences on the Arctic’s fragile and little-understood environment.

To realise its goal of opening up more of the Arctic to oil exploration, which Russia aims to turn into its “resource base of the 21st century,” Gazprom has signed an exploration deal with Shell that will provide it with new capital and much-needed expertise in offshore drilling, even though Shell’s own attempts to drill in the Alaskan Arctic were hit by repeated accidents and embarrassing safety blunders.