The coal industry is so totally screwed 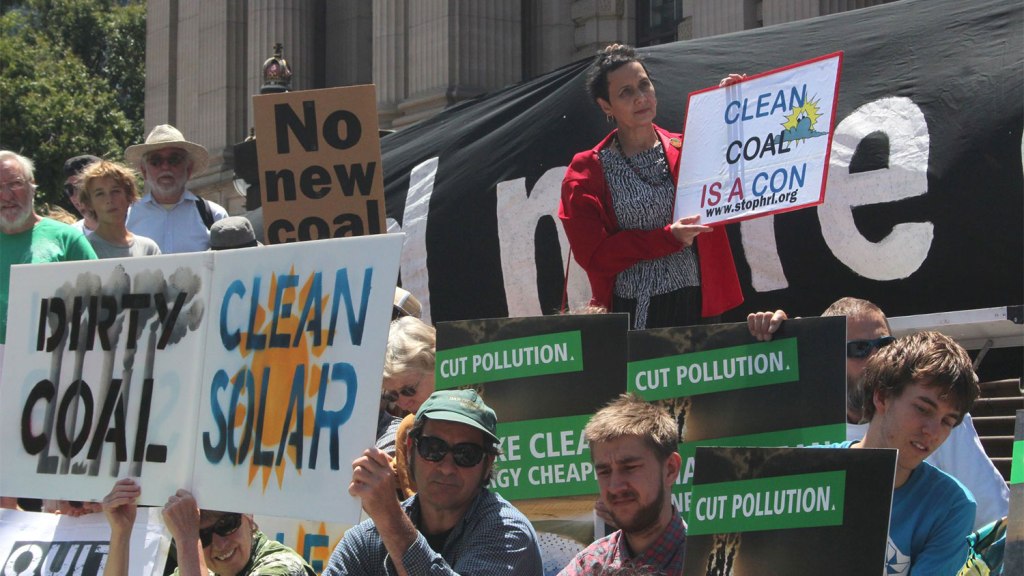 The coal industry is so totally screwed

The American coal industry is terminally ill — and that should serve as a warning to investors who might be tempted to put their money into other fossil fuels.

That’s the gist of a new report from the Carbon Tracker Initiative, which warns that oil and natural gas could also wind up becoming stranded assets — property that under other scenarios could be worth a lot of money, but not in the real situation we face as the climate warms and the market shifts in response.

Coal use has been decoupled from America’s economic growth for a number of reasons, the report finds. The biggest is the availability of other cheap sources of energy — since 2008, the abundance of shale gas from America’s fracking boom has played a big role in driving that trend, but so have renewable energies like solar and wind. Increasingly strict regulations on air pollution and the energy sector from the Obama administration’s EPA have also played a role.

“Cheap gas has knocked coal off its feet, and the need to improve air quality and ever-lower renewables costs has kept coal down for the count,” said Luke Sussams, co-author of the report and a Carbon Tracker senior researcher. He and his colleagues posit that investors in oil, and eventually even natural gas, could see a similar trend. The Carbon Tracker Initiative was one of the first groups to promote the idea of a “carbon bubble,” in which, as the world confronts global warming, fossil fuel investors would see the value of their assets collapse. Companies stand to lose billions, the think tank said.

This week’s Carbon Tracker report comes on the heels of a separate report from CoalSwarm and the Sierra Club that looks at international coal use. That picture, too, does not look good for fossil fuel investors. From “Boom and Bust: Tracking the Global Coal Plant Pipeline”:

In India, projects shelved or cancelled since 2012 outnumber project completions by six to one, and new construction initiations are at a near-standstill. In both Europe and the U.S., the coal fleet is shrinking, with retirements outnumbering new plants. China faces a looming glut in coal-fired generating capacity, with plant utilization rates at a 35-year low.

The report also finds that more than two dozen U.S. coal companies have gone bankrupt in the past three years, and those that haven’t lost more than 80 percent of their share value.

The coal industry, of course, disputes these gloomy assessments. Peabody Energy, the largest coal company in the U.S., recently predicted that U.S. coal usage would increase 10 million to 30 million tons by 2017, and global demand could grow by 500 million metric tons during the same period.

The company and its coal-loving friends are also making every effort to challenge forthcoming EPA regulations that could hasten coal’s collapse. The company is paying well-respected constitutional scholar and former Obama mentor Laurence Tribe to argue that the administration’s Clean Power Plan is unconstitutional. And coal’s allies in Congress are trying to undermine the EPA plan with, among other things, an amendment to a big budget bill that would allow states to opt out. If the amendment passes, it will likely face a presidential veto, spurring yet another budget standoff.

But, as the Carbon Tracker report shows, the EPA’s efforts are just one factor among many that have weakened coal’s prospects. Ultimately, the industry is up against a global energy economy in which coal, with its huge environmental and health costs, increasingly just doesn’t make sense. And no amount of lobbying Congress or arguing in court will slow that trend.