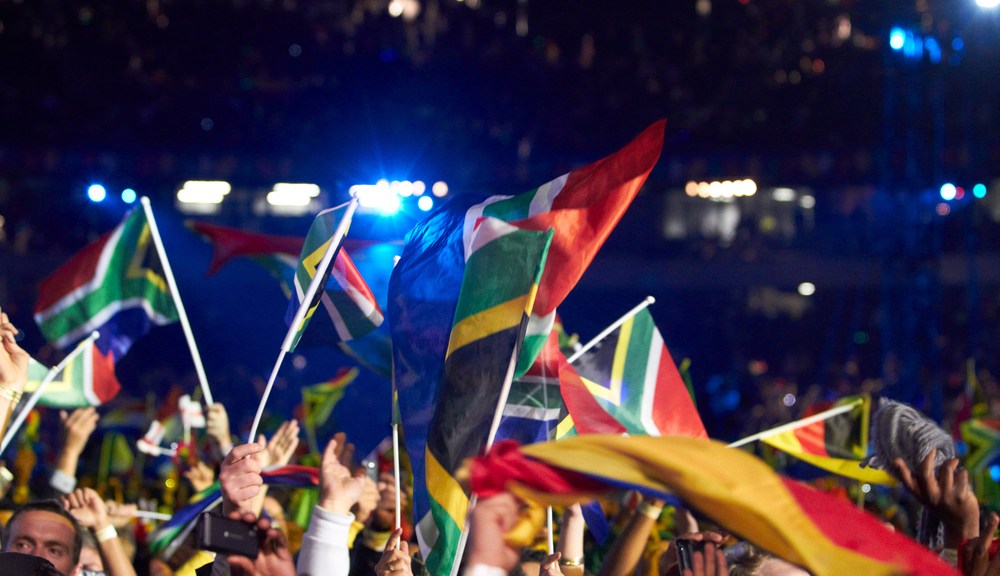 The 2014 World Cup in Brazil will dump 2.72 million tons of carbon dioxide into Earth’s atmosphere, according to the International Federation of Association Football (FIFA). To put that number into perspective, it’s equivalent to the CO2 produced by 560,000 cars in a year, or 136,000 American homes. And that’s over 1 million tons more CO2 than was emitted by the previous World Cup in 2010.

Most of that heat-trapping gas, about 80 percent, will come from air travel as teams and spectators jet set around the world’s fifth biggest country in order to get to the 12 different stadiums where the 64 World Cup matches will be played.

Last week’s draw, held in a giant tent on a remote beach in Brazil and drawing around 3,000 guests, is estimated to have produced 5,221 tons of carbon dioxide all on its own.

FIFA’s head of corporate social responsibility, Federico Addiechi, has pledged to completely offset 100 percent of the CO2 produced during the games next summer. This could include financing reforestation programs in Brazil and new investments in wind energy and hydroelectric power. FIFA estimates that offsetting the 2.72 million tons of carbon will cost about $2.5 million, a tiny fraction of the billions in revenue that the games are expected to generate. None of the offsetting projects will be announced until next year, however, and it remains to be seen if FIFA will carry through on its pre-game commitments after the World Cup spotlight has moved on from Brazil.

“We need to develop the game of football, that means that people are traveling around the world,” Addiechi told the AP. “Otherwise we have to stop doing what we are doing and I don’t think that’s in everyone’s interests.”

Most of the World Cup stadiums in Brazil are planning to achieve LEED certifications, and many are installing rooftop solar panels in an attempt to make their massive energy consumption a bit more climate-friendly.

The 2010 World Cup in South Africa ended up emitting about 1 million tons less CO2 than was initially predicted — 1.65 million tons instead of 2.64 million tons.

This smaller than anticipated carbon footprint was achieved by energy-efficient lighting, rainwater harvesting, and natural ventilation at a number of the South African stadiums.

While the World Cup may be the world’s largest single-event sporting competition, FIFA certainly isn’t the only sport organization making an effort to better understand the ways in which sport affects climate and climate affects sport. Representatives from the NFL, NBA, Major League Baseball, WNBA, and U.S. Olympic Committee joined Sen. Sheldon Whitehouse (D-R.I.) and Rep. Henry Waxman (D-Calif.) on Capitol Hill last month to discuss their efforts to reduce energy usage and address climate change. All of the representatives noted that their leagues felt a social responsibility for the environment and stressed that a healthy climate was in some ways essential to their businesses. Warmer summers and polluted air have already made playing sports like baseball, football, and basketball outside more dangerous at certain times in the year.