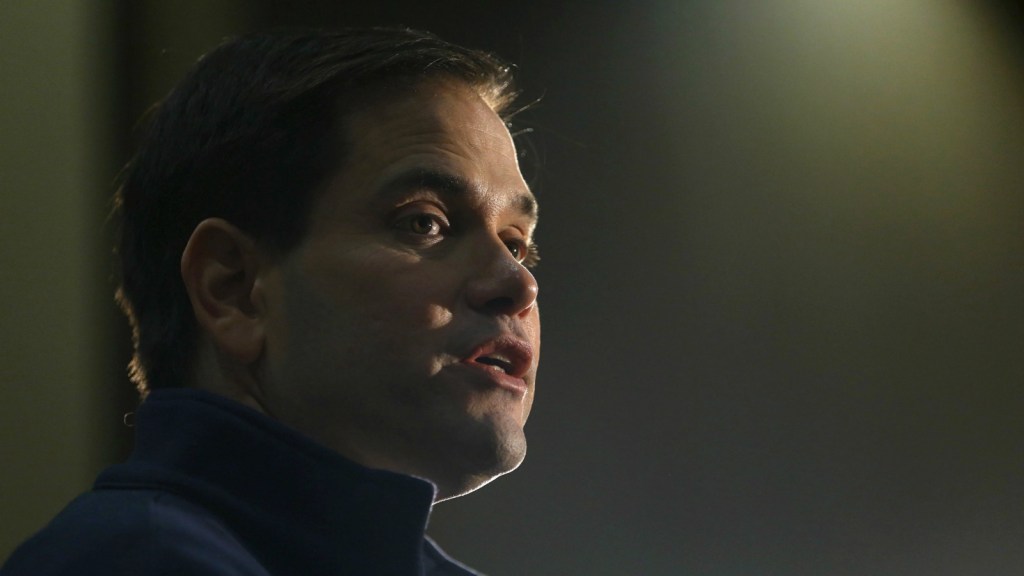 Little Marco! O, the waterfalls we shed for your departure!

Senator Rubio! How we weep for your consistency.

When the climate changed, Marco, you refused to do the same. We don’t remember you voting much at all in the Senate, but when you did, we remember you voting against an amendment that said human activity significantly contributes to our climate woes. “The climate is changing and one of the reasons why the climate is changing is the climate has always been changing,” you trumpeted. You were steadfast: a Florida coastline refusing to be swallowed by the rising seas of scientific consensus.

You pointed to China’s coal, to the fallacy of economic and environmental tradeoffs, to governmental overreach of the sordid left. You supported Keystone XL and lifting the crude export ban. You were the climate bad boy: the Daniel Desario we knew we shouldn’t hang out with — but you were just so dangerous. Like February 2016, you were just so hot.

Mere days before your dear departure from the race, you doubled down. The 21 Floridian mayors’ letter begging for reason on climate was met only by your trademark dismissal thereof. You always sounded so convincing! You teased and toyed with Jake Tapper: “I think the fundamental question for a policymaker is, is the climate changing because of something we are doing, and if so, is there a law you can pass to fix it?” There were plenty of laws that would do exactly that, but you preferred the rhetorical question. Denialism had such a palatable face with you on the stage. We wanted to believe.

And now you leave us bitter. Climate denial in the remaining Republican pool sports a different mask; a mask wearing a zanier expression than yours ever did.

¡Marquito! Your interventionism terrified us all, but your Spanish was so smooth. You disagreed with abortion, even in cases of rape — but you did have that one polished October jab against Jeb. “Donald is not going to make America great,” you said. “He is going to make America orange!” And now, sweet Marco, sad clown: You only make America blue.

Readers! Mourners! A man’s presidential hopes have faltered! He has traveled far and wide; he has sweat torrentially. But let us dispel with the notion that the wanderer is lost. Let us dispel once and for all with this fiction that Marco Rubio doesn’t know what he’s doing. He knows exactly what he’s doing. He is pulling himself up by his chic boot-zips and dusting the cobwebs from his Senate seat. Until, of course, he breaks our heart again, in 2017.

Marco Rubio is survived by the Zodiac Killer, the Frontrunner Who Shall Not Be Named, and his extraordinary, unforgettable glitch.