President Biden has only been in office for a week, but he’s already setting the tone for his new administration’s approach to climate action — from bringing the U.S. back into the Paris Agreement to ordering federal agencies to recalculate the social cost of carbon. To understand Biden’s climate strategy, it’s also worth keeping a close eye on Biden’s proposed Cabinet (and Cabinet-level) appointees. Many of the Senate confirmation hearings for those positions started last week.

Democrats’ tenuous control of Congress has made a Green New Deal-style climate omnibus bill unlikely, so Biden will need to rely on his Cabinet choices to help deliver on his climate goals. We put together an illustrated guide to who’s who for Biden’s top 10 climate-relevant Cabinet nominees.

Deb Haaland, secretary of the interior 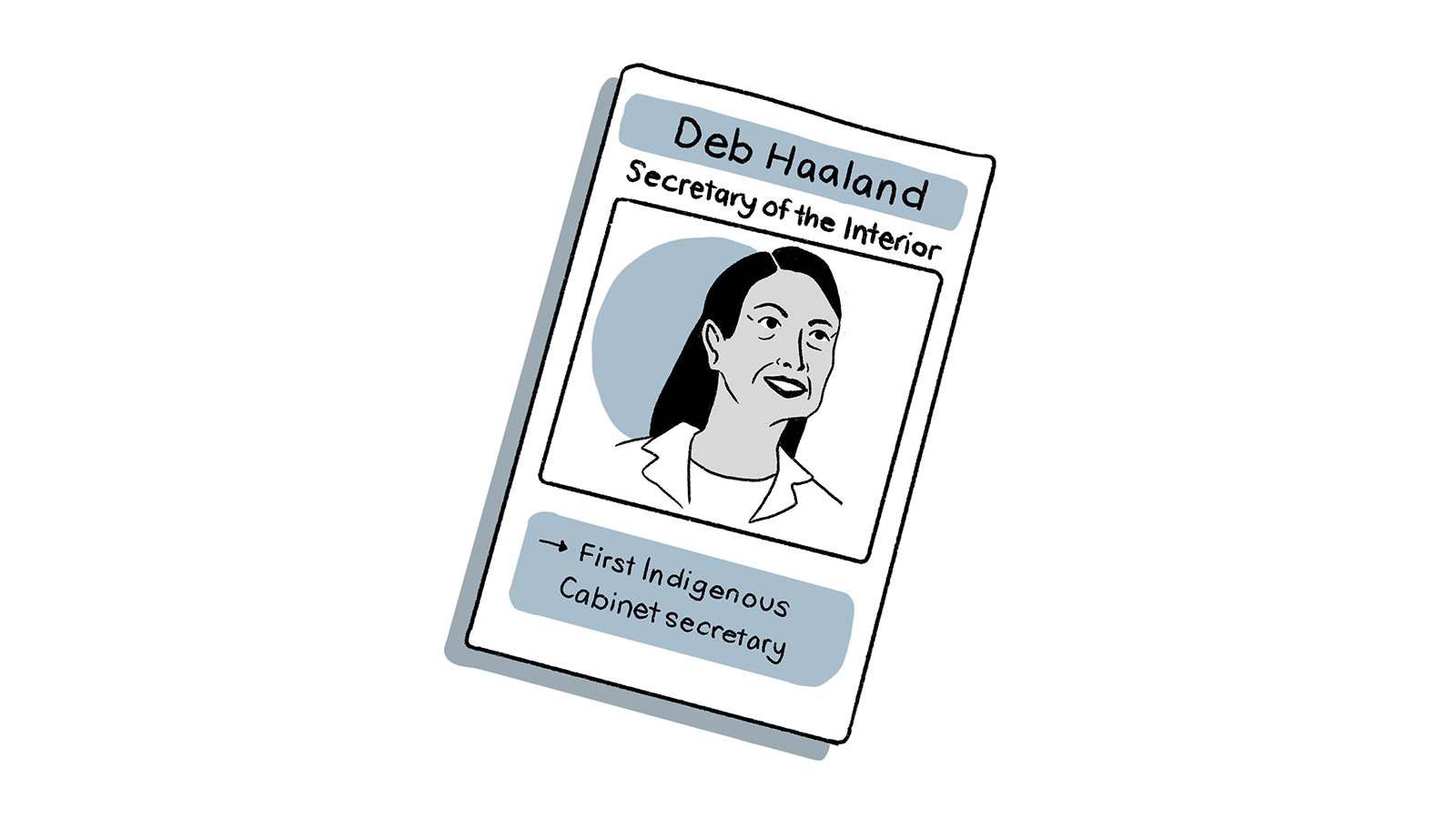 Deb Haaland, a U.S. representative from New Mexico and member of the Pueblo Laguna tribe, is Biden’s pick for secretary of the interior. If confirmed, she will become the first Indigenous Cabinet secretary. As secretary of the interior, Haaland would steward 500 million acres of public lands, manage oil and gas leases, and be tasked with upholding Indigenous treaty rights — a major milestone for an agency that has a history of violence toward Indigenous people. 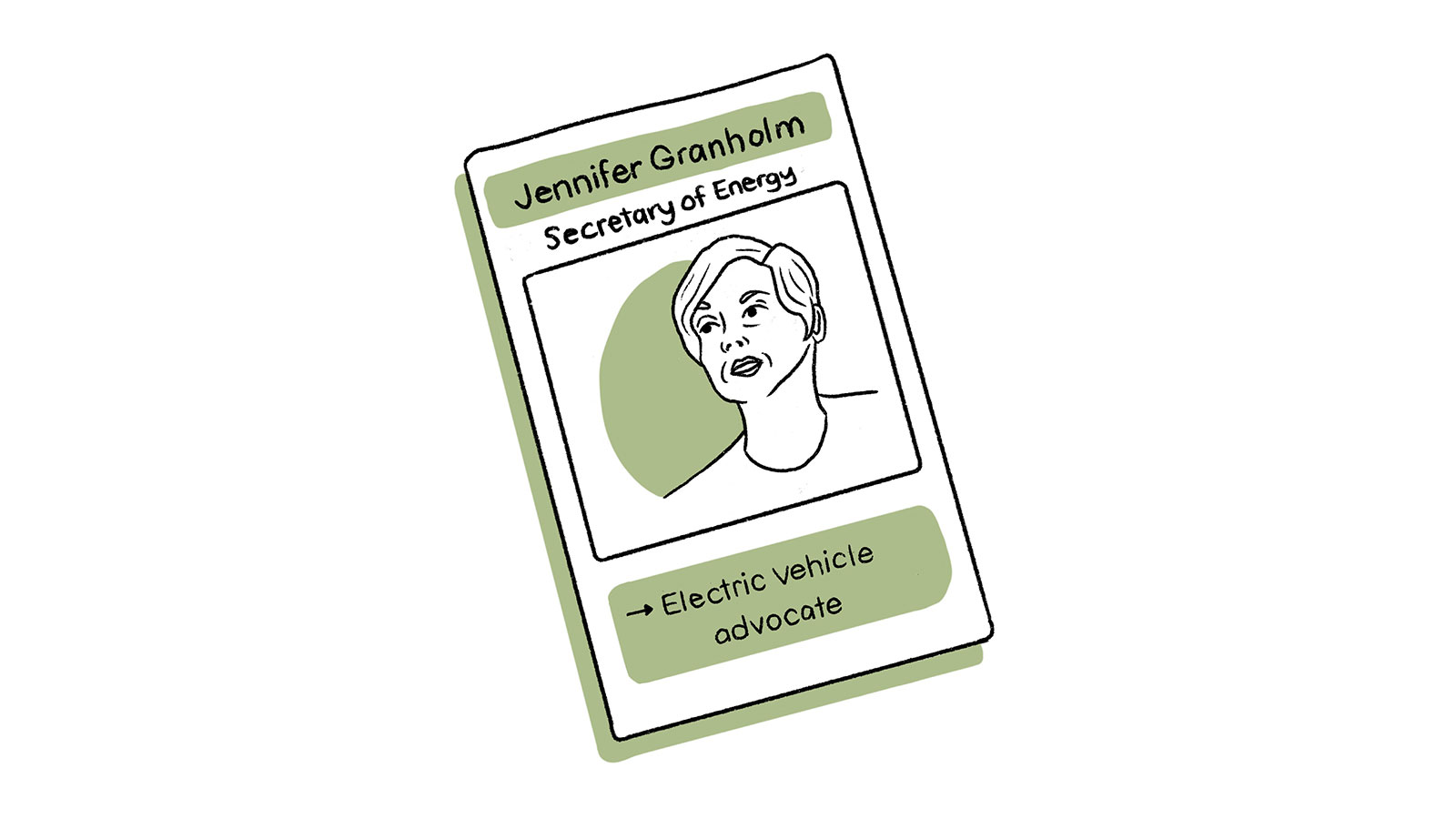 Former Michigan Governor Jennifer Granholm is Biden’s pick to lead the Department of Energy. Under Granholm, the department would help lead the transition from gas-powered to electric vehicles and start work on Biden’s goal of a 100 percent clean electrical grid by 2035. 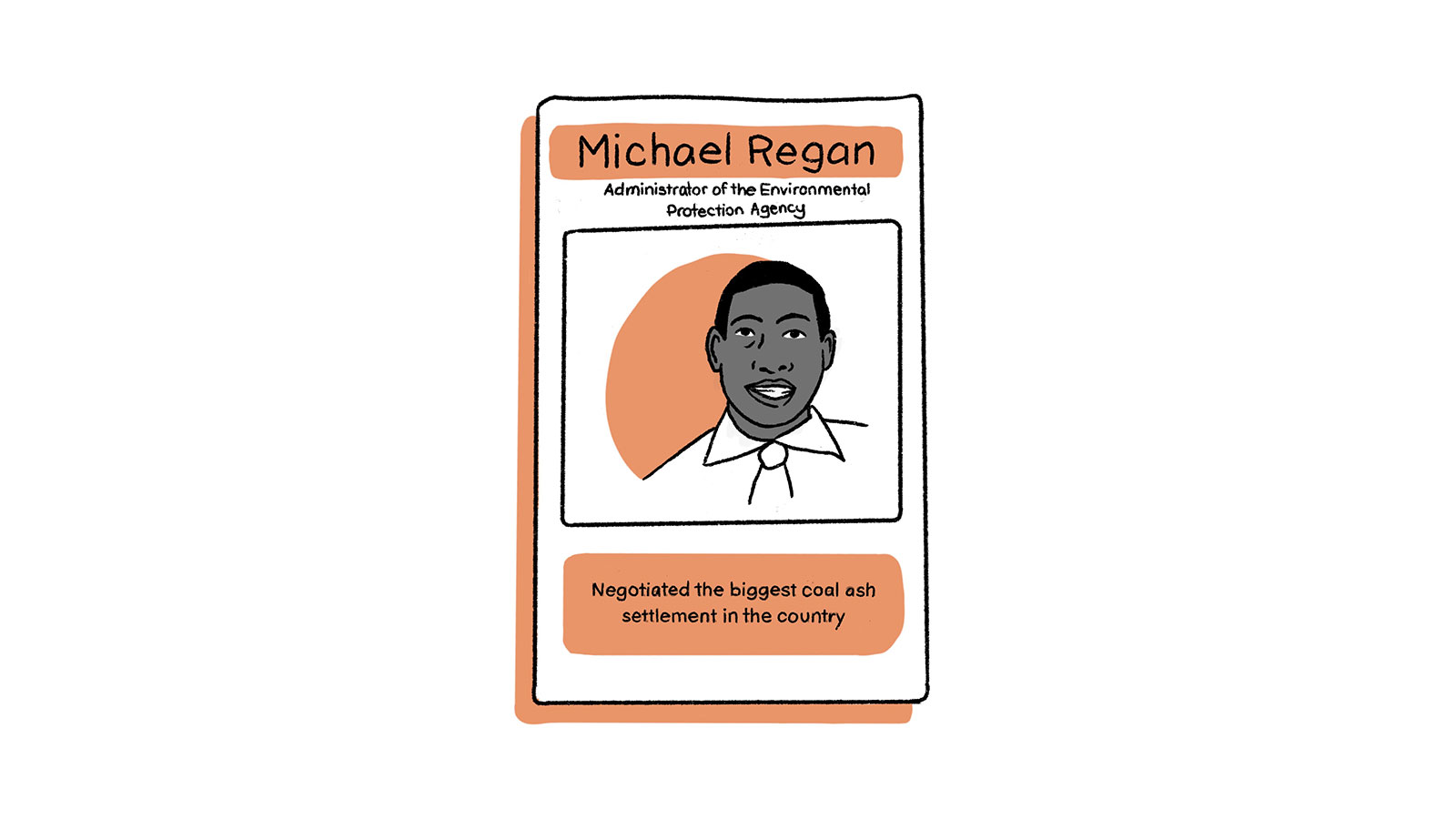 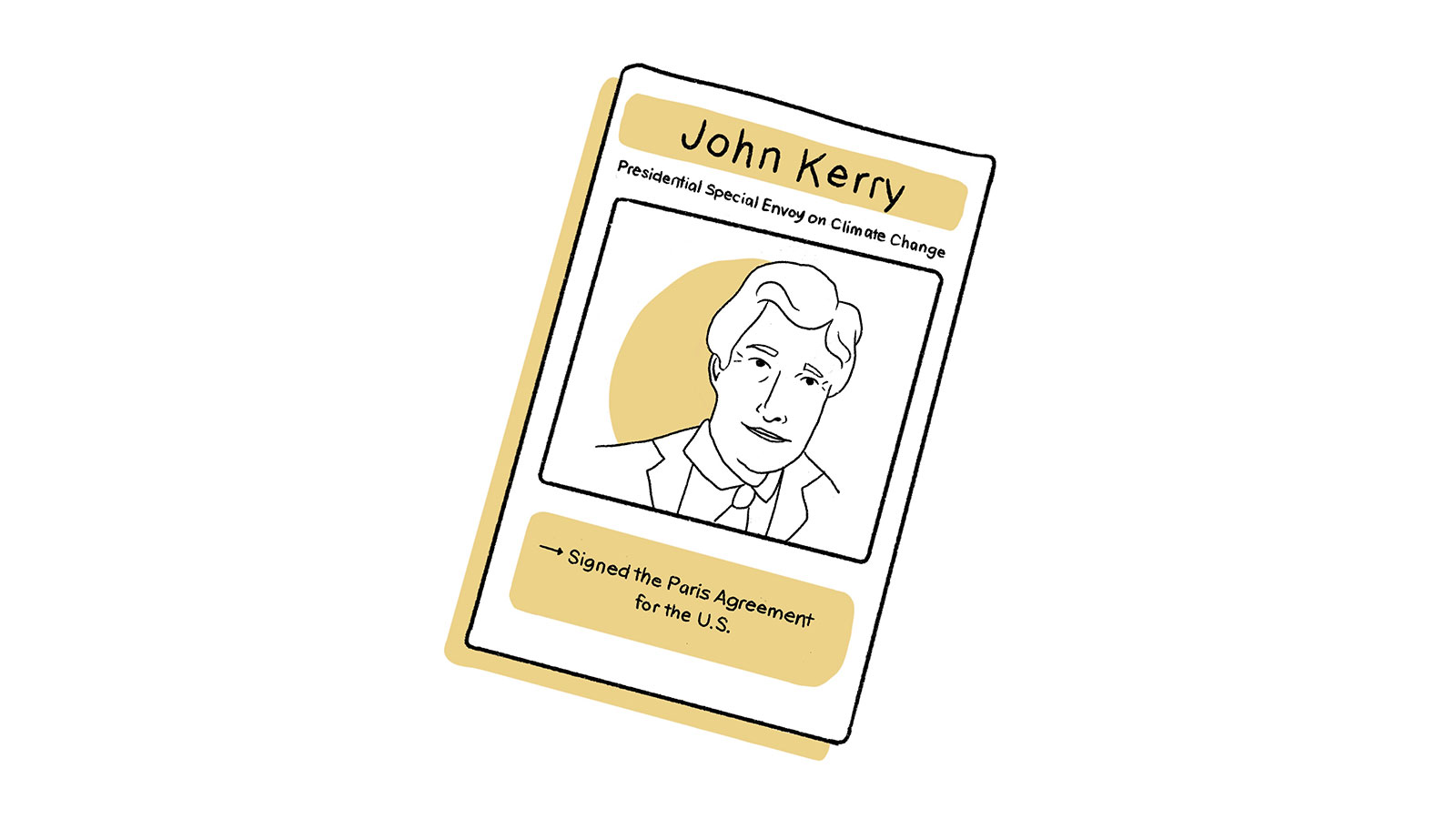 Former Secretary of State John Kerry, one of the brokers of the Paris Agreement, is Biden’s pick for special envoy on climate change. If confirmed, Kerry will have a seat on the National Security Council, guiding American foreign policy on climate. 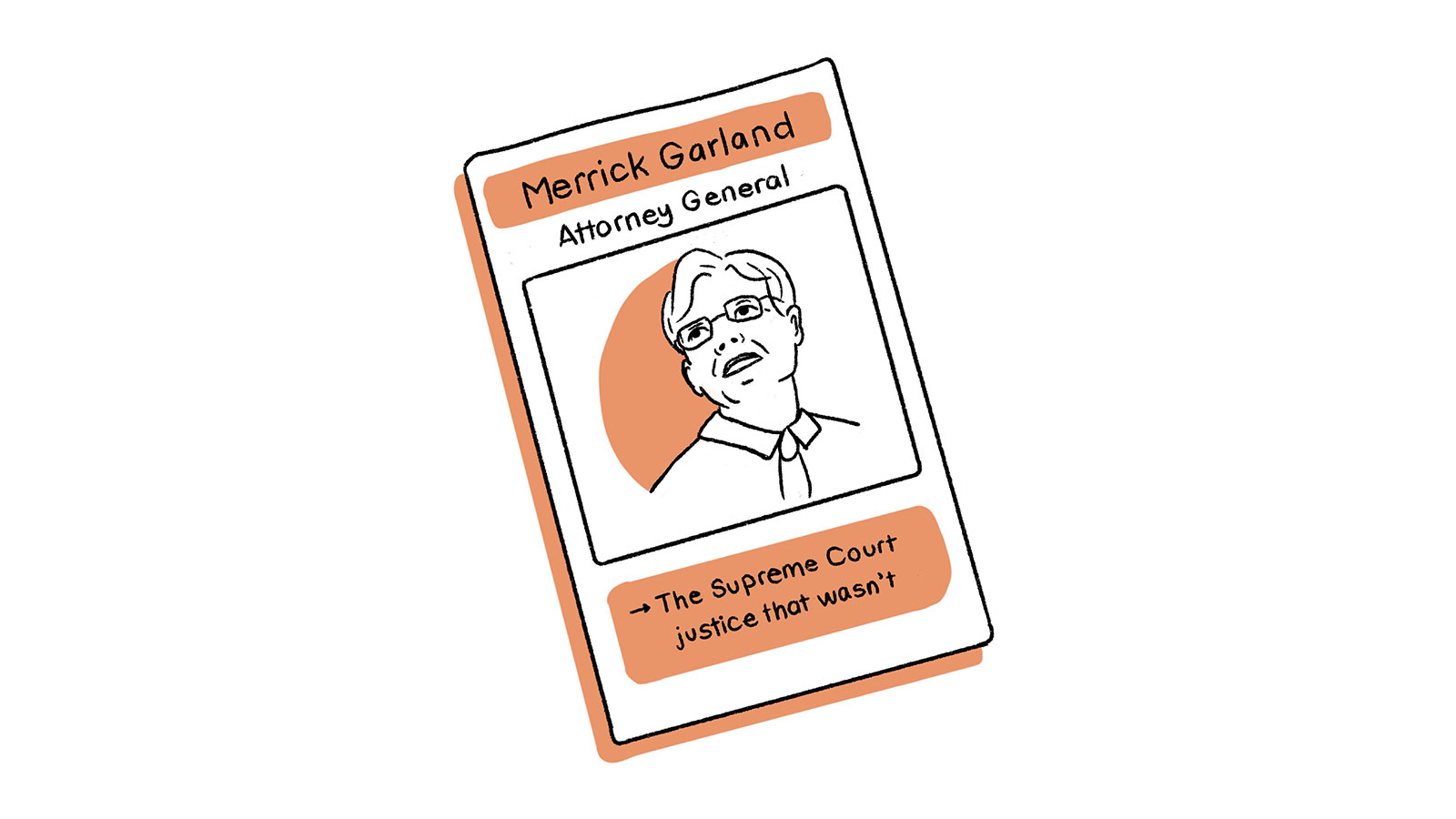 Merrick Garland is Biden’s choice to head the Department of Justice. The department’s Environment and Natural Resources Division is tasked with enforcement of key environmental legislation like the Clean Air Act and Clean Water Act. It also files more environmentally related lawsuits than any other entity nationwide. Garland would also oversee a potential Environmental and Climate Justice Division, which Biden promised to create as part of his environmental justice plan. 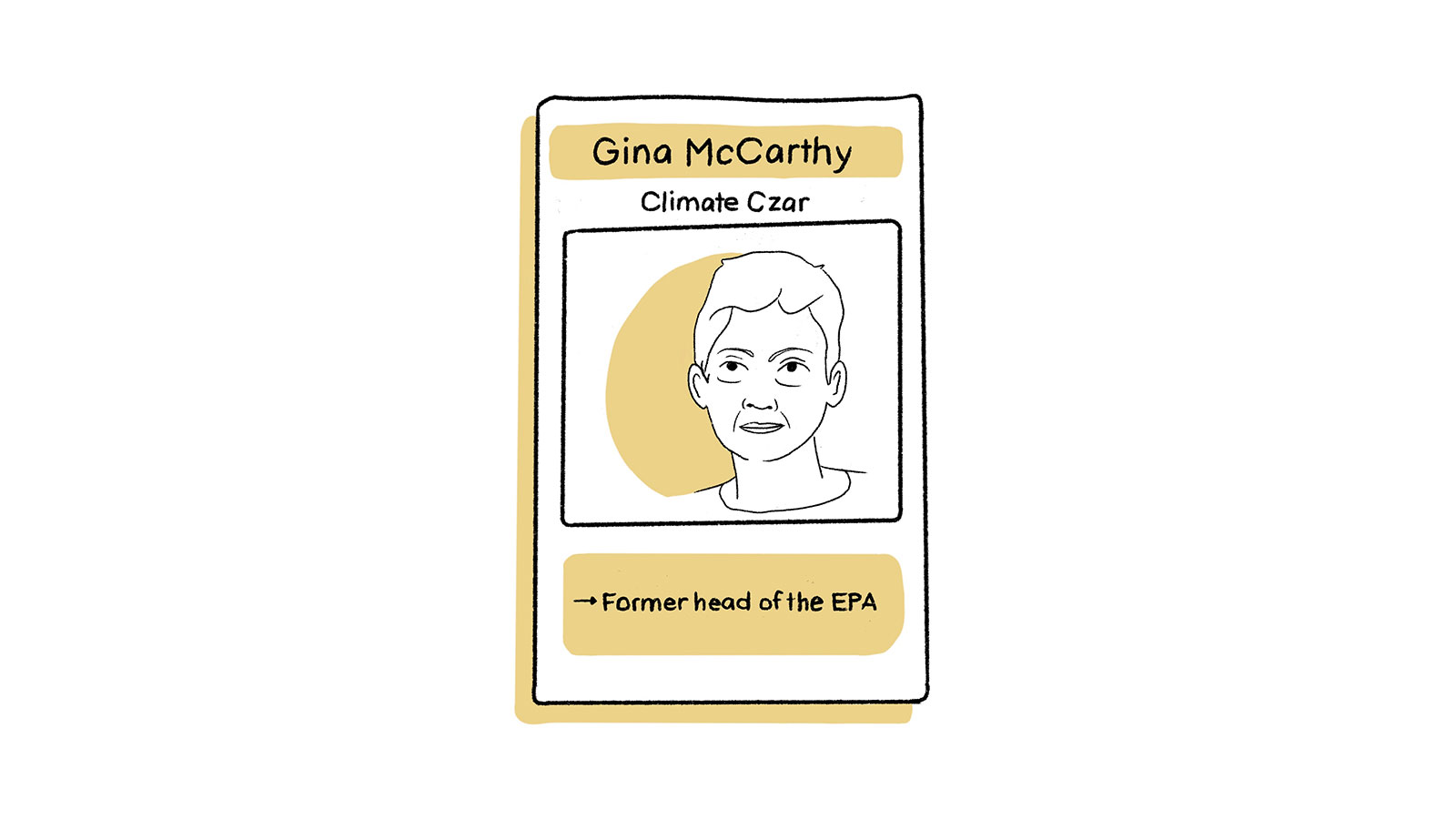 Gina McCarthy, a former EPA administrator and the current CEO of the Natural Resources Defense Council, will be Biden’s “climate czar,” responsible for coordinating the new administration’s domestic climate strategy across federal agencies and Congress. Although it’s a Cabinet-level position, McCarthy’s appointment does not require a Senate confirmation hearing. 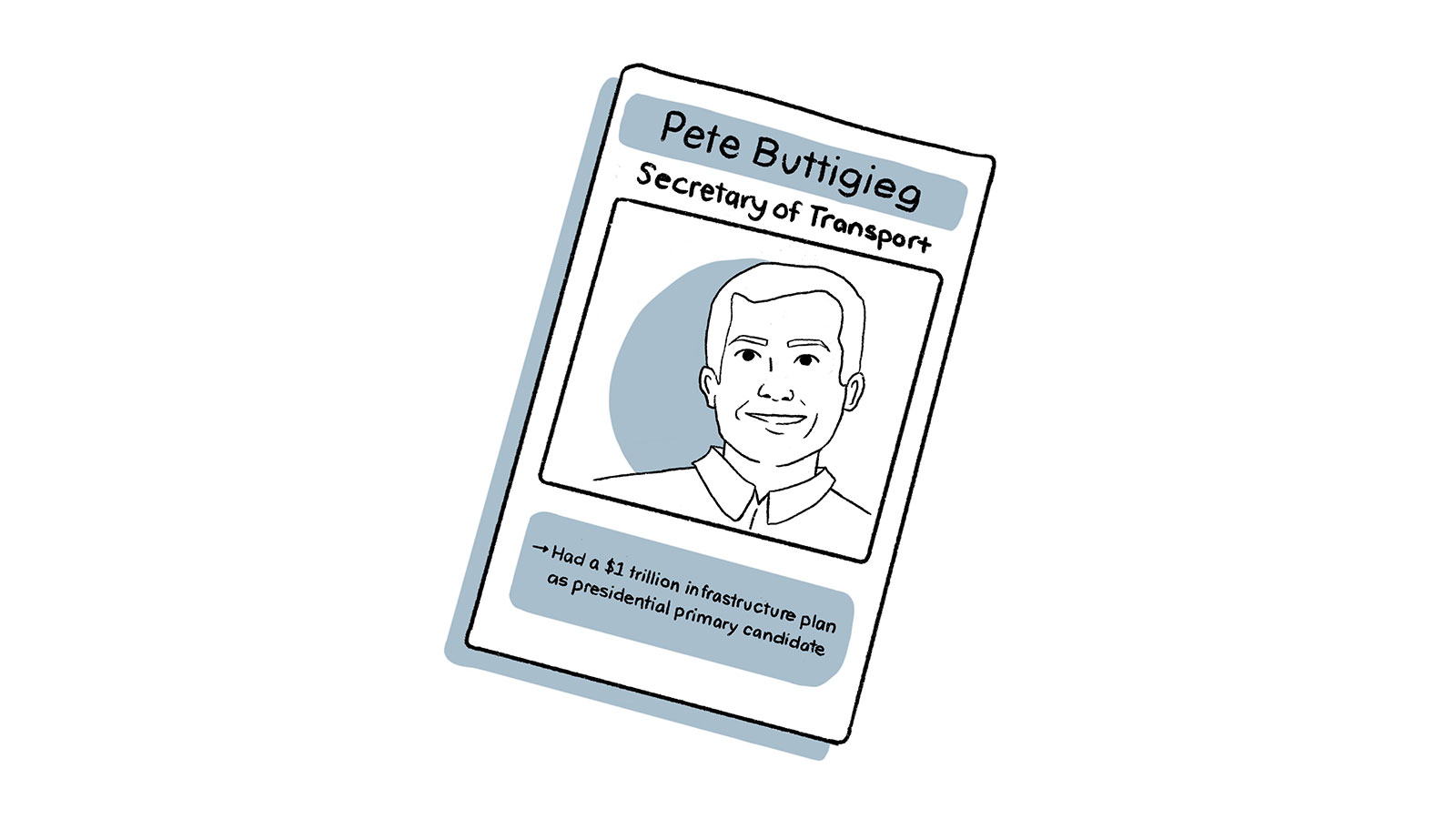 Pete Buttigieg, former mayor of South Bend, Indiana, is Biden’s choice to lead the Department of Transportation. If confirmed, Buttigieg will oversee a sector that’s responsible for 28 percent of the U.S.’s greenhouse gas emissions. During the presidential primary, Buttigieg released a $1 trillion proposal for sustainable infrastructure with the aim to boost public transit, passenger rail, and electric vehicles. 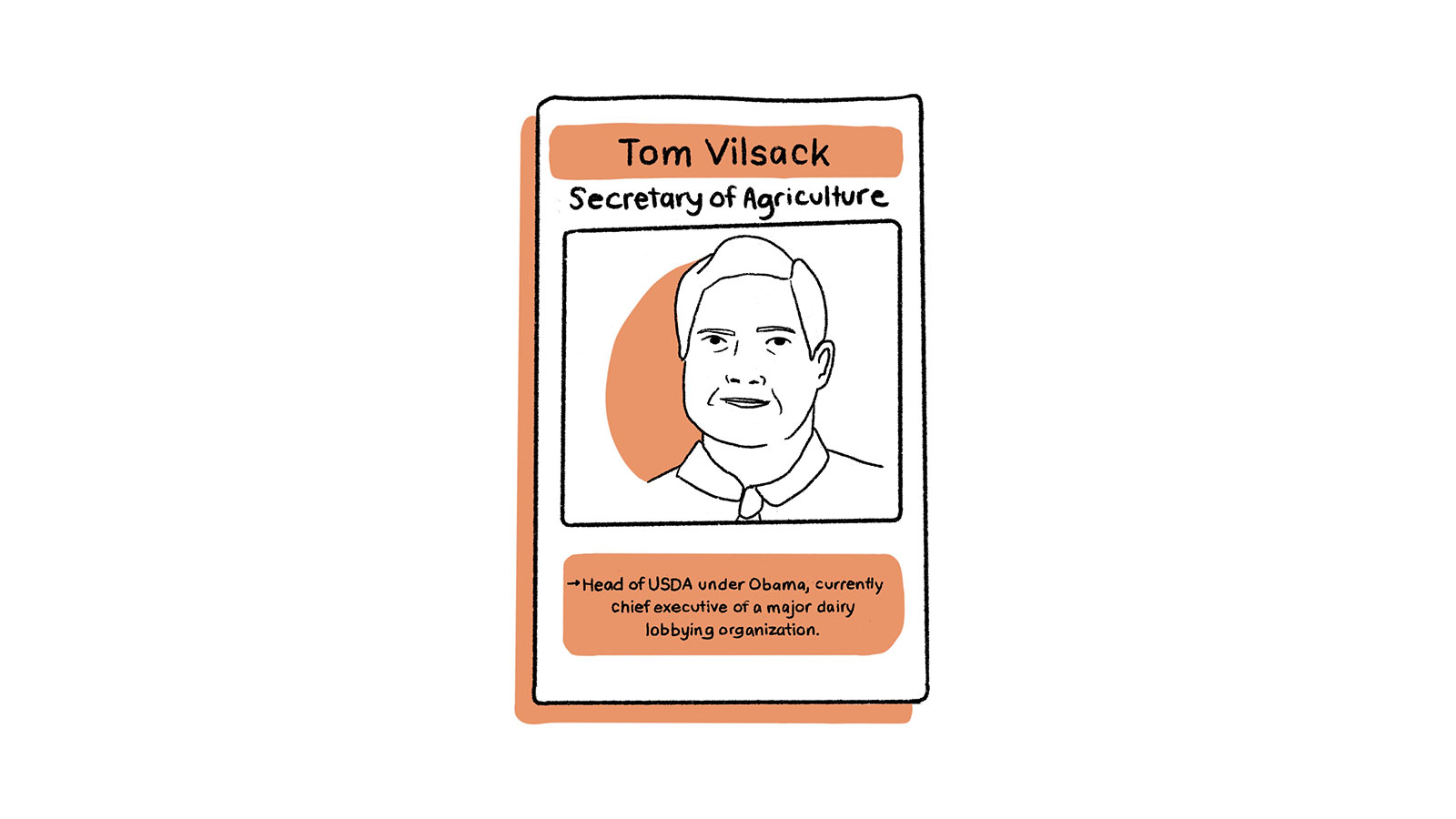 Tom Vilsack, who was secretary of agriculture during the Obama administration, is Biden’s pick to lead the Department of Agriculture. Some advocates raised concerns about Vilsack’s nomination based on his past promotion of industrial farming and civil rights record; during his tenure, for example, the USDA was six times more likely to foreclose on a Black farmer than a white farmer. 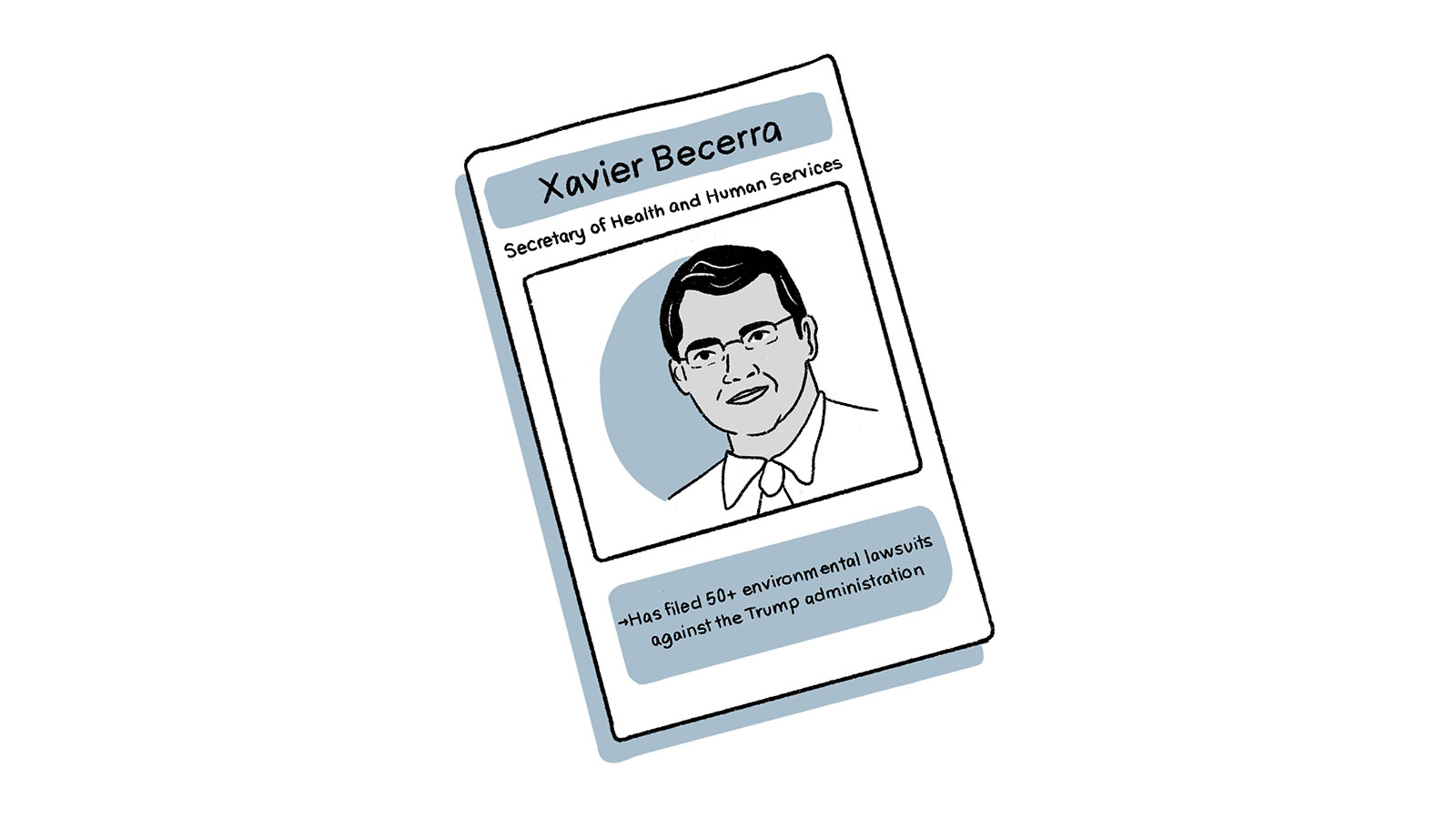 Xavier Becerra, the attorney general of California, is Biden’s choice to lead the Department of Health and Human Services. Becerra filed more than 50 lawsuits challenging the Trump administration’s environmental policies on California’s behalf, including changes to the bedrock National Environmental Policy Act. If confirmed, Becerra could help the Biden administration tackle the health impacts of climate change and would lead a proposed Office of Climate Change and Health Equity.

Janet Yellen, secretary of the treasury 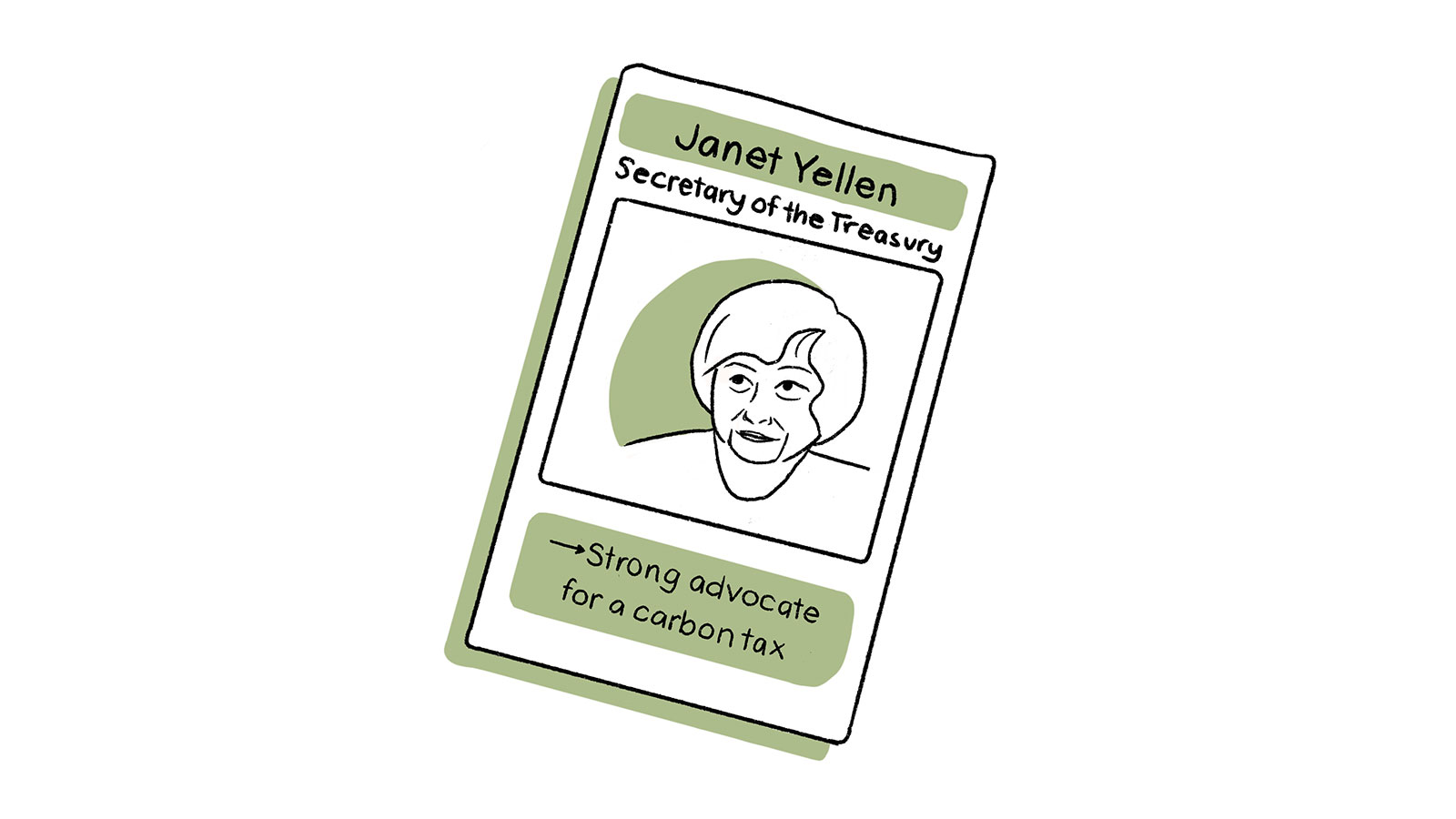 Janet Yellen, who served under Obama as the first female chair of the Federal Reserve, was confirmed as the first woman to lead the Department of the Treasury. Yellen has long warned of the risks of climate change to the economy, and as secretary of the treasury will shape the federal budget and Biden’s tax and spending policies.