Climate change is on the ballot in 7 cities and states 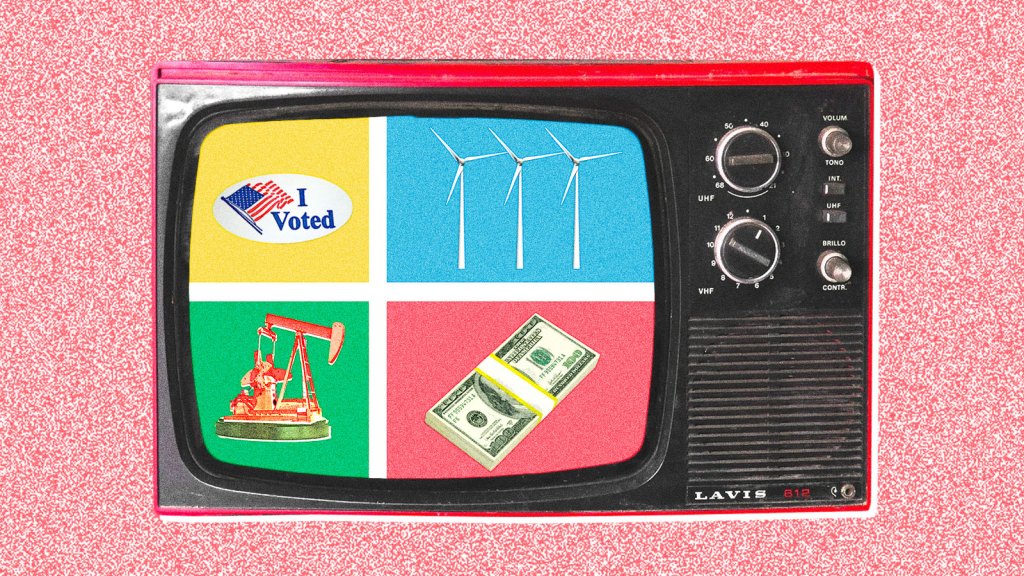 Climate change is on the ballot in 7 cities and states

On election night, as you scan for updates on your phone, keep half an eye on the television in the background, and click refresh on a series of tabs, you are going to want something else to check on besides presidential and congressional results.

To slake your thirst, we’ve compiled a list of state and local ballot measures related to climate change. With this little guide in hand, you’ll know just what to look out for on November 3: Alaska’s oil tax, Denver’s climate tax, Nevada’s constitutional amendment on renewable energy, and more. This isn’t an exhaustive list — we haven’t included every hamlet’s proposition to add crosswalks — but it’s got all the big ones, and a handful of little ones too.

The Alaskan state government gets most of its tax revenue from oil. The state was once so rich with oil money that it created a giant trust fund that pays out to residents every year. But the revenue has dwindled as the oil, which once surged up through newly drilled wells, has slowed. And so now the state is searching the cushions for loose change.

Enter Measure 1, which would nearly quadruple the taxes Alaska collects from oil companies. Those fighting the measure say it could drive away oil companies seeking to tap new wells — perhaps in places like the Arctic National Wildlife Refuge, 20 million acres of protected tundra, rivers, and mountains that President Donald Trump’s administration is trying to open to drilling.

A few years ago, cities around the country announced ambitious plans to slash carbon emissions — and then failed to take actions as big as their words. Some 80 percent of cities are failing to meet their own climate targets. If you want to build bike lanes, help residents to install heat pumps, and buy clean electricity, it all takes money. Cities have started passing taxes to pay for these programs: First Boulder, Colorado, and then in the last two years, places like Athens, Ohio, and Portland, Oregon. This year, even more cities are putting taxes up for a vote.

Denver, Colorado, Measure 2A: Voters will decide if they want to raise the local sales tax by a quarter of a percent, raising $40 million per year for programs to reduce greenhouse gas emissions.

Long Beach, California, Measure US: This ballot measure would boost an existing tax on local oil production by 15 cents a barrel. That would provide $1.6 million a year to fund community youth programs and a climate change action and adaptation plan.

Berkeley, California, Measure HH: Voters are considering a proposal to raise taxes on gas and electricity utilities by 2.5 percent. The projected $2.4 million in revenue would be spent on measures to reduce carbon emissions.

Albany, California, Measure DD: Albany, a little city just north of Berkeley, has a similar utility tax on the ballot. At least one-third of the $675,000 raised by this tax would go to pollution-reduction efforts, like electrifying buildings.

If you want to replace dirty power plants with cleaner ones, you would probably turn to markets or clean energy mandates for the job. Both are on the ballot this year.

Cities and states use markets to encourage renewables by buying clean energy credits for every electron they use. The extra money provides an incentive for businesses to build more clean-electricity generators. Many states have also passed a clean energy mandate: an order to utilities to get more energy from solar panels, wind turbines, hydroelectric dams, or other sources of clean energy. For instance, Missouri has a law requiring utilities to get 15 percent of their electricity from renewable sources by 2021. New York’s law requires the state to get 70 percent of its electricity from renewable sources by 2030, and to get the rest from any non-polluting sources, including nuclear plants.

Columbus, Ohio, Issue 1: The city of Columbus is asking residents if they want to shop around for their electricity. If the measure passes, it would give the city the power to buy clean energy credits.

Nevada, Question 6: In Nevada, voters are weighing in on whether the state should demand that the desert’s plentiful solar, geothermal, and other renewable resources provide half their electricity by 2030. Voters already approved this once, in 2018, but it’s on the ballot again because it’s a constitutional amendment, and that’s how these things work in Nevada. This is a weird one, because the state politicians passed a law in 2019 that does the same thing. So an affirmation wouldn’t change the state of the law, but it could protect it from challenges in court.

What’s not on the ballot

If this list seems a little short, there’s a reason for that. The pandemic has made it harder to gather signatures. Plus, it’s hard to get people to sign up for new taxes at a time when many are choosing between food and rent. There’s only half the usual number of total initiatives in 2020 compared to normal presidential election years.

A lot of environmental measures won’t be up for a vote this year because of the pandemic. New York Governor Andrew Cuomo pulled a bond measure off the ballot that would have funded emissions reduction and environmental protection programs. Organizers of a carbon tax initiative in Utah (Yoram Bauman’s group, for wonks who follow these things) decided to wait until political conditions improved. As Cuomo told reporters, “The financial situation is unstable. I don’t think it would be financially prudent to do it at this time.”

While there aren’t as many environmental questions on the ballot as usual, there’s still plenty to watch out for as you’re sinking into your couch on election night, watching your screens through the fingers shielding your eyes from the oncoming future.