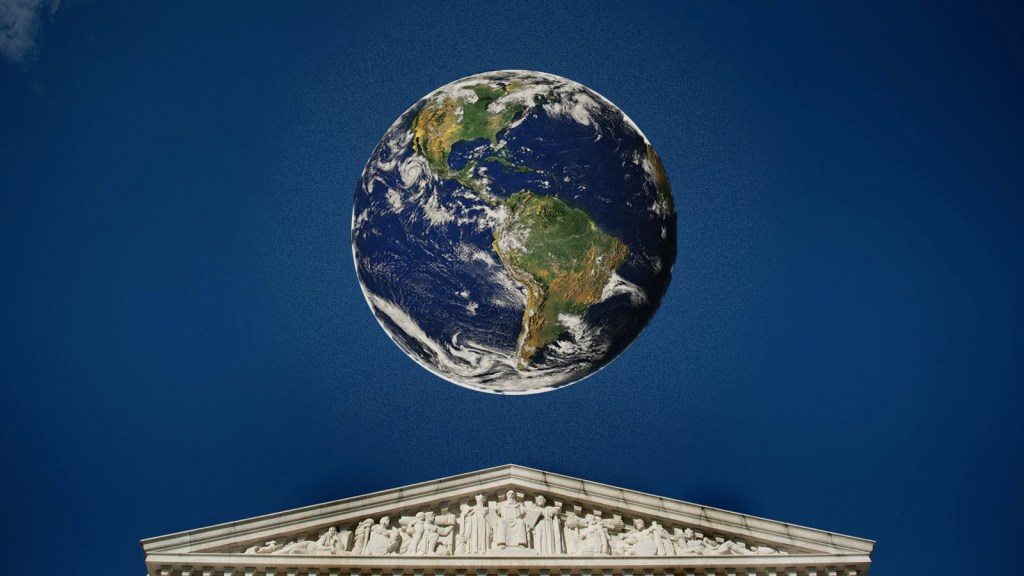 Major oil companies have played a significant role in heating up the planet for decades. Should they be required to pay for some of the expenses cities, counties, and states have incurred due to climate change? That question has been bouncing around the nation’s courts for some time. On Friday, the Supreme Court announced it finally intends to weigh in on the lawsuits — but that may not be a win for environmental groups looking to hold Big Oil accountable.

The highest court in the land isn’t ruling on the validity of the climate lawsuits themselves, though that could come later. For now, it’s taking up a procedural motion related to a lawsuit filed by the city of Baltimore, which sued oil and gas producers for their contributions to climate change in state court in 2018. Like other climate liability lawsuits, the city sought to pin the blame for damage caused by rising temperatures — heat, drought, rising sea levels, erosion, and other negative consequences of a rapidly changing climate — on oil companies they say have profited off of the crisis.

Oil companies tried to get the Baltimore lawsuit moved to federal court, but the federal district judge sent it back down to state court. Industry lawyers appealed, arguing that a lawsuit involving U.S. officials belongs in federal court (this is called a federal officer jurisdiction). But the U.S. Court of Appeals for the Fourth Circuit upheld the ruling — a temporary victory for environmental advocates. Now, the Supreme Court will weigh in on whether the Fourth Circuit court should have taken a wider lens and looked at the oil company’s seven other reasons for removing the case to federal court, not just federal officer jurisdiction.

It’s a small, procedural issue that could go on to affect similar climate liability lawsuits, since the plaintiffs in these cases, which include cities, counties, attorneys general, and even commercial fishermen, have been filing their lawsuits in state court.

It’s not a coincidence that climate liability lawsuits are filed in state courts: In 2011, the Supreme Court ruled against eight states that alleged that four utility companies were a public nuisance because their CO2 emissions contributed to climate change. Justice Ruth Bader Ginsburg, who authored that ruling in American Electric Power Co., Inc v. Connecticut, wrote that corporations can’t be sued for greenhouse gas emissions under federal common law. Luckily for these plaintiffs, the court didn’t weigh in on whether federal law supersedes state-law common nuisance suits.

Because of that ruling (and because federal courts are now stocked with Trump-appointed judges), oil companies have been trying to get the climate lawsuits filed in state courts moved to federal court. The tactic hasn’t been working out too well for them so far. The cases keep getting shunted back to state court.

It’s unclear why the Supreme Court is taking up this issue now (it declined to weigh in on a jurisdictional matter concerning the climate lawsuits around this time last year). But if the court does end up siding with oil companies, the more than a dozen climate liability lawsuits in play right now could be in for an even rockier road ahead.

This post has been updated to clarify what exactly the Supreme Court plans to weigh in on.