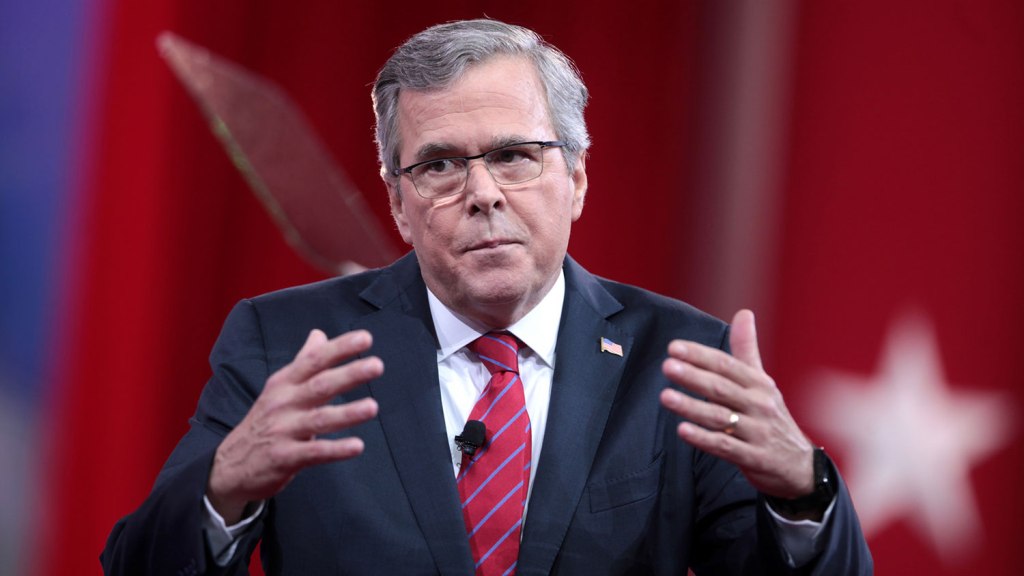 Jeb Bush said some stuff about climate change on Friday that sounded “moderate.” That is a shift from past statements that put him pretty squarely in the denier camp. But resist the urge to be impressed. He still doesn’t actually want to do anything about the problem.

Speaking at an event in New Hampshire, Bush said:

With that, he promotes the stale old idea that climate action will inevitably hurt the U.S. economy. But of course, ignoring climate change comes with its own huge costs. And aggressively shifting to clean energy and efficiency would offer huge economic benefits.

Right now we are one of the countries that has reduced carbon emissions because of the natural gas revolution, converting from coal, and conservation — the two things that have driven a reduction in CO2 emissions. We can continue to reduce carbon emissions by taking advantage of the abundance of natural gas.

And more from Bush:

We need to restore our competitive posture, which I think our energy revolution will allow us to do, and then simultaneously with that, be cognizant of the fact that we have this climate change issue and we need to work with the rest of the world to negotiate a way to reduce carbon emissions. We are reducing it. The rest of the world is the place where, certainly in the emerging world, where you have greatest challenges.

So in there he talks about negotiating with the rest of the world, which might sound nice. You can almost imagine Jeb pushing for a strong U.N. climate deal in Paris later this year! Except not. Because almost in the same breath he criticizes “the emerging world” — read: China, India, et al. — for really being the source of the problem. This is another stale old idea Republicans like to push — that China and India are slacking so there’s no point in the U.S. doing more. Republicans keep pushing this line even though China is taking pretty dramatic action these days.

And Republicans like Bush, of course, don’t acknowledge that the U.S. has spewed far more carbon dioxide into the atmosphere since 1850 than any other nation, making us the single biggest cause of global warming. Nor do they acknowledge that the U.S., as a wealthy nation with some of the highest per capita emissions, has more of a moral responsibility to act than countries like India, where 400 million people still don’t even have electricity.

NextGen Climate, Tom Steyer’s political group, chose to see Bush’s comments in a positive light: “Jeb Bush demonstrated leadership today on the issue of climate change—distancing himself from the other Republican presidential hopefuls and demonstrating why climate change doesn’t have to be a partisan issue.” If all you have to do to be a Republican climate “leader” is not be a denier, then I guess Bush qualifies.

I take a more skeptical view. Jeb is just adopting the new strategy preferred by the GOP establishment (as explained last week by David Roberts): stop denying the science, because that makes Republicans look stupid, and instead criticize all proposed solutions for costing too much or being ineffective or unfair. You get the same gridlock, the same lack of action, but you’re less of a target for mockery. We can already see other Republican presidential wannabes, like Carly Fiorina and Lindsey Graham, adopting the same approach.