Joe Biden would push allies like Australia to do more on climate, adviser says - Grist 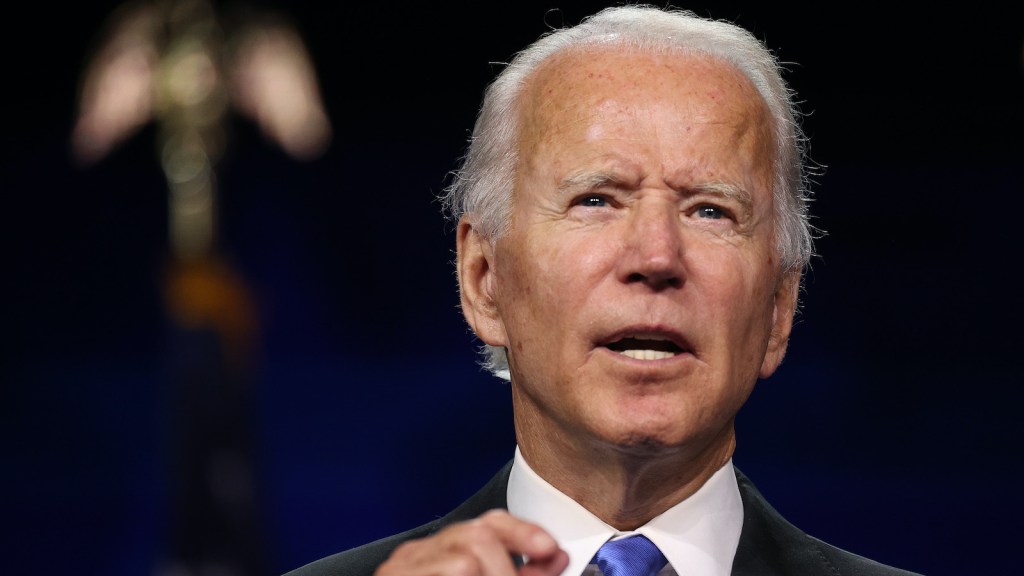 Joe Biden would push allies like Australia to do more on climate, adviser says

Joe Biden will not pull any punches with allies including Australia in seeking to build international momentum for stronger action on the climate crisis, an adviser to the U.S. presidential candidate has said.

If elected in November, Biden will hold heavy emitters such as China accountable for doing more “but he’s also going to push our friends to do more as well,” according to Jake Sullivan, who was the national security adviser to Biden when he was vice president and is now in the candidate’s inner circle.

In a wide-ranging podcast interview with the Sydney-based Lowy Institute, Sullivan also signaled that Biden would work closely with Australia and other regional allies in responding to the challenges posed by the rise of China.

While Australia’s prime minister, Scott Morrison, is likely to welcome the pledge of U.S. coordination with allies on regional security issues, there may be unease in government ranks about the potential for tough conversations about Australia’s climate policies.

The Coalition government has resisted calls to embrace a target of net-zero emissions by 2050 and it proposes to use Kyoto carryover credits to meet Australia’s 2030 emission reductions pledge. Some Coalition backbenchers still openly dispute climate science.

Sullivan said climate change would be a big priority for Biden, both in domestic policy — with climate and clean energy issues placed at the heart of his economic recovery visions — and in foreign policy, where he would do more than just reverse Donald Trump’s decision to abandon the Paris Agreement.

“He has said right out of the gate, we’re not just rejoining Paris — we are going to rally the nations of the world to get everyone to up their game, to elevate their ambition, to do more,” Sullivan told the Lowy Institute.

“And in that regard he will hold countries like China accountable for doing more, but he’s also going to push our friends to do more as well and to step up and fulfill their responsibilities to what is fundamentally a global problem, that every country needs to be participating in and contributing to.”

Sullivan said there was “no reason it has to get awkward” for countries like Australia.

“The vice president is not going to come to play games around that issue if he’s fortunate enough to be elected. He’ll lay it out in the way only Joe Biden can do — just plain and straight, down the line, respectful — but he’s not going to pull any punches on it.”

Sullivan made the remarks in an interview with Michael Fullilove, the executive director of the Lowy Institute, who told Guardian Australia last month that climate was likely to “come roaring back as an issue in U.S. foreign policy under a Biden administration” and that it “may be harder to say no to a Biden administration.”

Biden has vowed to put the United States on “an irreversible path to achieve net-zero emissions, economy-wide” by 2050, and to rally the rest of the world to meet the climate threat — indicating that he would “fully integrate climate change” into U.S. foreign policy and national security strategies, as well as its approach to trade.

The economist Ross Garnaut has also speculated that a Biden win could lead to Australia being placed “in the naughty corner” on climate policy.

More broadly, Sullivan said Biden would be “eager to develop a really strong relationship” with Morrison — who has formed close working ties with Trump, even though the Australian government has emphasized points of difference from time to time.

Sullivan said Biden had a deep respect for Australia and its contributions to U.S. security and the history of the alliance between the two countries.

Biden and Morrison were likely to “get off to a strong start” because the former vice president saw Australia as the kind of partner that was central to a finding successful strategies when faced with a range of issues in a fast-changing world.

Sullivan said Biden put like-minded democratic allies at the heart of his foreign policy, because he believed that was the platform upon which the United States could most effectively deal with great power competition and transnational challenges.

“Allies are going to have pride of place in the hierarchy of priorities in a Biden administration foreign policy,” Sullivan said. He said allies including Australia, Japan, South Korea, and NATO were important not just on regional issues but more broadly.

“And yes, the rise of China is at or near the top of the list of big global challenges that we all have to be working effectively together on.”