As one of the most taxing and truly bizarre election years in memory enters its final weeks, most Americans are laser-focused on a single question: Which septuagenarian will occupy the White House for the next four years?

But the most important races for the future of the planet might just be in Maine, North Carolina, Iowa, and Montana, where Democrats and Republicans are tussling over seats that will decide the balance of power in the U.S. Senate — and the likelihood of passing any significant climate legislation.

Across the country, 35 Senate seats are up for grabs, and just four of those seats could decide whether a new administration could pass real, comprehensive legislation to mute the drumbeat of climate disasters.

Biden has promised that, if elected, he will spend $2 trillion on boosting clean energy and work to rid the country’s electricity grid of fossil fuels by 2035. To do either, though, he’d need Democrats to pick up enough seats to hold a majority of the Senate, or many more to overcome a deal-killing filibuster.

Here are the four races that could decide whether the next Congress will pass climate legislation — or drag its feet for another four years.

When Joni Ernst launched her first Senate campaign in 2014, the Republican former state senator knew how to grab the public’s attention. “I grew up castrating hogs on an Iowa farm,” Ernst said, smiling sweetly at the camera during a viral TV ad. “So when I get to Washington, I’ll know how to cut pork.” The spot closed with a tagline that became Ernst’s calling card: “Let’s make ‘em squeal.”

Both Ernst, the incumbent U.S. senator from Iowa, and her opponent, Theresa Greenfield, grew up on Iowa farms — but that’s where any resemblance ends. Ernst was propelled to the national stage by funding from Charles and the late David Koch, two billionaires known for their liberatarian views and fossil fuel empire. According to Politico, the Koch brothers saw Ernst as an ally who would help defeat Mark Jacobs, another Republican candidate for the Senate who had previously expressed support of a national cap-and-trade bill to cut carbon emissions.

Since entering Congress in 2015, Ernst has railed against the Green New Deal, calling it the “creep of socialism into America” and arguing that it would “essentially ban animal agriculture and eliminate gas-powered cars.”

Greenfield, Ernst’s Democratic opponent, has largely focused her campaign on Social Security and health care. But Greenfield hasn’t neglected climate change: In an Iowa Senate debate last month, Greenfield argued that the country needs to take “urgent climate action” and said that she would help Iowa become the “first net-zero farm industry in the world.” The Democratic candidate has also vowed to help strengthen Iowa’s defenses against flooding expected to get worse in a warming climate.

At the moment, the race is neck-in-neck: The most recent polls show Greenfield leading Ernst, 47 percent to 43 percent, and two prominent election analyzers, Fivethirtyeight and the Cook Political Report, still rate it as a “toss-up.”

There are no viral pig ads in Big Sky country unfortunately, but the two candidates running for one of Montana’s coveted Senate seats have managed to create plenty of drama. State climate reports usually don’t make the news, but in August — thanks to a leak from the conservative website the Daily Caller — Montana’s Climate Solutions Plan became the latest flash point in a heavily contested election.

Governor Steve Bullock, the Democratic contender for the Senate, commissioned the report back in July 2019. Most of the 71-page plan focused on expanding energy efficiency and boosting renewables across the state. It did, however, include three paragraphs on the use of carbon pricing to stem emissions of planet-warming carbon dioxide — enough for Senator Steve Daines, the one-term Republican incumbent to use as ammunition against his opponent. 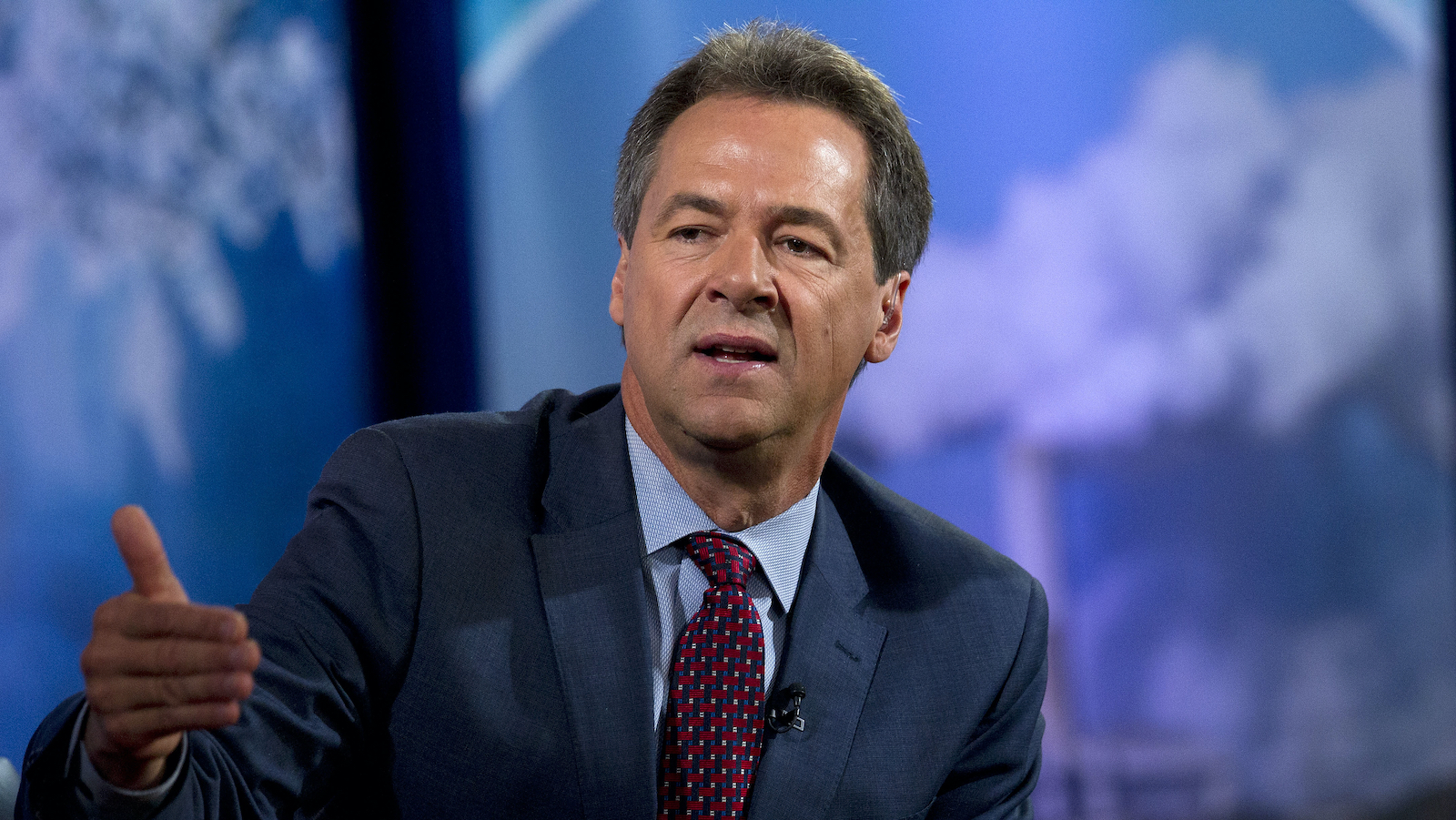 “You still support a job-killing carbon tax,” Daines tweeted at the governor, just a day after sending a letter accusing Bullock of delivering a “gut punch” to the 35,000 Montanans employed in the oil, gas, and coal industry. (Bullock later told the press that he doesn’t support “any carbon pricing proposal put forward.”)

The race between Bullock and Daines could carry far-reaching implications for the future of climate action. For months, Bullock vowed that he would not run for the Senate, even after he dropped out of the Democratic presidential race. “I think that my skill set, and what I’ve done, I just wouldn’t enjoy it,” he told the Montana Lowdown podcast in March.

But as the 2020 races heated up, Bullock changed his tune. (It didn’t hurt that a New York Times columnist, in encouraging Bullock to run, called him “the most important person on the planet.”) Bullock has adopted a fairly middle-ground approach on tackling climate change, supporting both fracking and aggressively expanding renewable energy. Daines, however, recently referred to the 2016 Paris agreement to limit greenhouse gas emissions as the “Paris-China climate accords.”

A recent poll from Public Policy Polling shows Bullock tied with Daines at 48 percent of the vote.

Maine: A moderate under attack

Senator Susan Collins is known to be a moderate Republican, but in moments of high conflict in Congress — when a single vote against the majority could change the result — Collins has typically hemmed and hawed for days before ultimately siding with her Republican colleagues. (Case in point: Collins voted to confirm Supreme Court Justice Brett Kavanaugh in the wake of sexual assault allegations.) This has led to a number of amusing parody headlines, including “Susan Collins to self-quarantine to avoid possible contact with decisions” and “Susan Collins takes hours to decide on lunch before ordering exactly what Mitch McConnell is having.”

Now, in a race against the Democratic speaker of Maine’s House of Representatives, Sara Gideon, some of the senator’s longtime allies are turning away from her. Last year, the League of Conservation Voters — which had supported Collins in her past races — gave her a paltry 21 percent on its environmental scorecard and switched allegiance to Gideon. 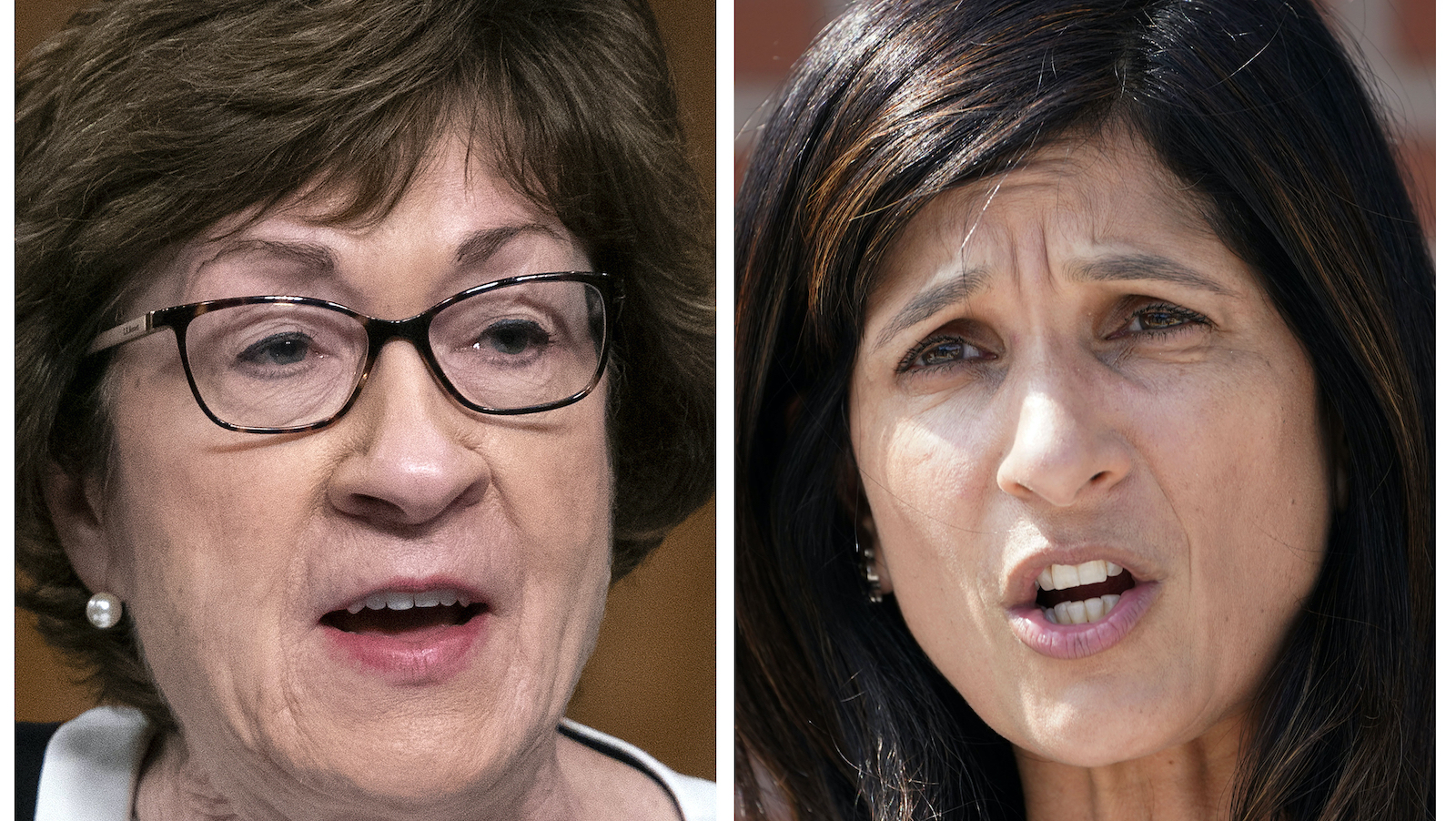 Although Collins is one of few Republican senators who supports taking action on climate change, her voting record hasn’t always reflected that. Although Collins voted against confirming President Trump’s picks to lead the EPA, she supported Trump’s $1.7 trillion tax cuts in 2017, a bill that included authorization for drilling in the Arctic National Wildlife Refuge.

Gideon, meanwhile, has shepherded several landmark climate bills through the state legislature, including one that requires the state to get all of its electricity from renewable energy by 2050. She also co-sponsored a bill for a statewide carbon tax, which Collins has called “Gideon’s gas tax” in attack ads.

Recent polling by the Bangor Daily News gives Gideon a one point lead over Collins. Ousting the sitting senator — who has been in Congress for 16 years — may still be a long shot.

Even against the backdrop of this historically tumultuous election season, the Senate race in North Carolina has started to look like a soap opera. Earlier this month, Senator Thom Tillis, the Republican incumbent, announced that he had tested positive for COVID-19, after attending Judge Amy Coney Barrett’s nomination ceremony for the Supreme Court in the Rose Garden. Hours later, Tillis’ Democratic challenger, Cal Cunningham, faced a scandal of his own: The former state senator, a married father of two, publicly apologized for steamy text messages he sent to a married PR strategist. 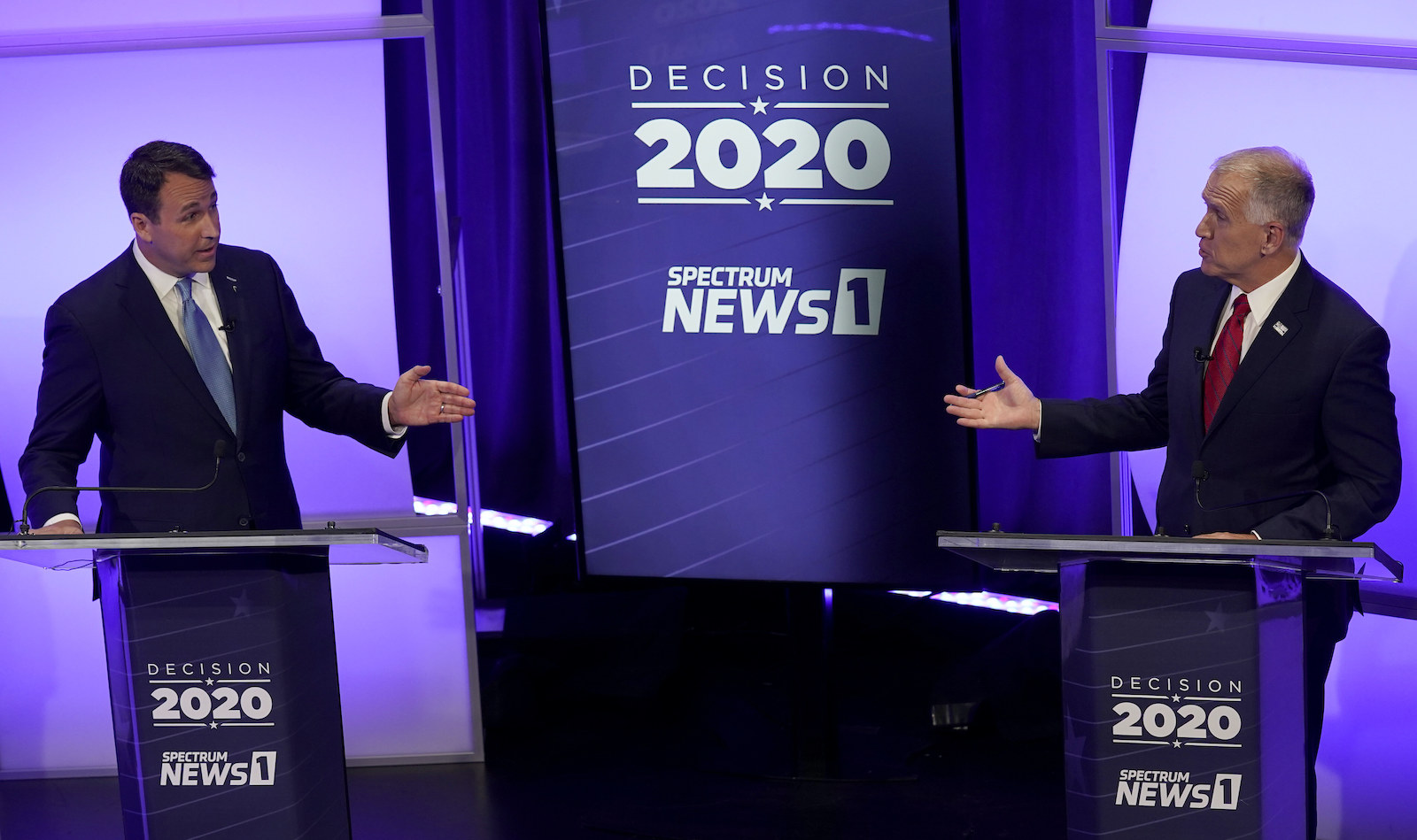 Cunningham has made responding to climate change and record-breaking flooding a centerpiece of his campaign. He opposes the Green New Deal but has vowed to boost investment in renewable energy and thinks the U.S. should rejoin the Paris climate agreement.

Tillis, meanwhile, has made an about-face since his 2014 run for the Senate, in which he told a debate moderator “no” when asked if climate change was a fact. Since then, Hurricanes Florence and Matthew have devastated the Tar Heel State, and Tillis says he now believes that humans do contribute to the overheating planet — but still refuses to support the Paris agreement and cites the importance of mainly “market-based solutions” to combat the crisis.

How the Green New Deal lit a fire under the GOP