Trump will be the fossil fuel industry’s greatest gift 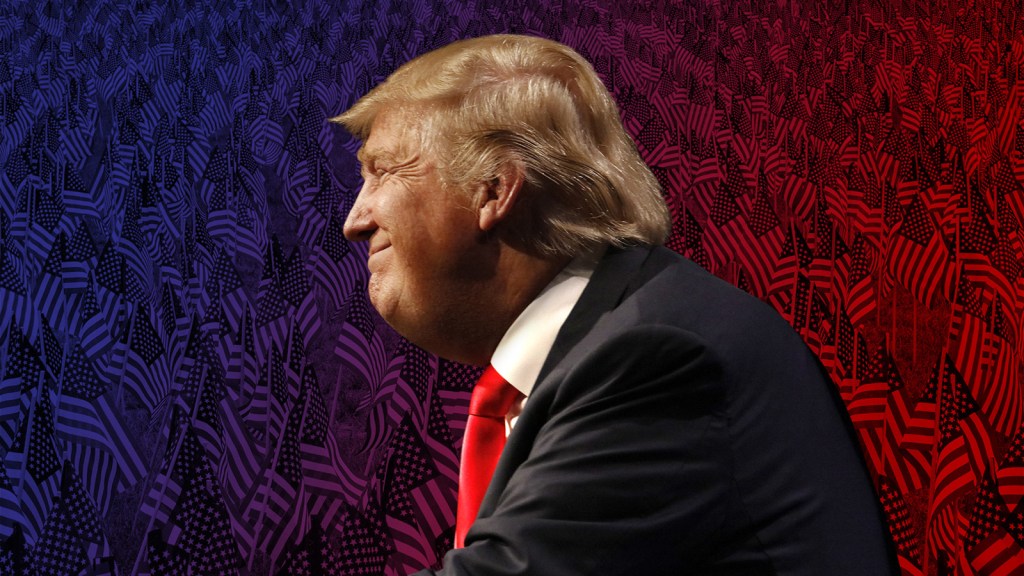 Trump will be the fossil fuel industry’s greatest gift

Among climate hawks, the reactions to Donald Trump’s election have ranged from hopeless to Pollyannaish and everything in between. Former Vice President Al Gore expresses hope that Trump will work with the “overwhelming majority of us who believe that the climate crisis is the greatest threat we face as a nation,” while the New York Times’ Andy Revkin argues that the U.S. president doesn’t make a huge amount of difference when it comes to climate anyway.

Going by his campaign promises, though, the Trump era is shaping up as an open season for the fossil fuel industry. Coal stocks are soaring, and there are strong indications that TransCanada might put the Keystone XL pipeline back on the table.

Trump certainly can’t dismantle climate action and the clean energy economy as quickly as he’s promised (day one), and in some cases, he won’t be able to do it at all. But here’s what’s on his hit list, along with an analysis of what he can and can’t do.

Trump promised to “cancel” the international climate change accord in his first 100 days of office. Seeing that the deal went into effect last week, he will have to wait a little longer. There’s a three-year period before any country can give notice to withdraw, plus one year before that pullout takes effect. But in the meantime, the United States could severely handicap the deal by not following through on emissions cuts and reneging on promised funds for global climate adaptation.

Trump, though, doesn’t determine whether other countries will stay the course. Most of the world remains committed, for the time being. He will, however, be able to severely undermine the next round of international climate negotiations in 2020, which were supposed to bring about an even stronger, more ambitious agreement than the one signed in Paris. Without the United States involved — much less leading climate diplomacy, as Obama did — the effort may be doomed. That’s even more true if Trump follows through on his promise to eliminate all U.S. contributions to global climate finance.

Trump has promised to repeal the Environmental Protection Agency regulations that would curtail carbon dioxide emissions from power plants — the single biggest domestic accomplishment of the Obama administration on climate. Bureaucratically, reversing the regulations isn’t as easy as promised by Senate Majority Leader Mitch McConnell (who thinks “day one would be a good idea”), but Trump’s EPA could choose not to enforce the rule by giving states waivers. The Supreme Court has ruled that EPA has the legal obligation to regulate CO2 as a pollutant under the Clean Air Act, so environmental organizations and liberal states can sue the Trump administration to try to force it to regulate once again. But a court system stacked with Trump appointees would be far less friendly to those kinds of lawsuits. The Clean Power Plan already appears headed for the Supreme Court — which would soon include a Trump appointee in addition to four judges consistently hostile to environmental regs.

Rolling back smog and mercury standards and coal ash regulations

Trump promised to repeal every new rule imposed by the Obama administration that harms coal. All three of these fit the bill. Smog, mercury, and coal ash are conventional air or water pollutants that can sicken people who live near coal-burning or processing facilities. Under Obama, the EPA updated and strengthened these rules (though not always to the satisfaction of environmental advocates).

Based on the latest science, the agency lowered the allowable levels of mercury and smog and regulated the disposal of coal ash. The coal ash rules were weak, and the smog rules were both weak and long-overdue. But it was still bad news for the coal industry. The good news for environmentalists is that, while the executive branch can reverse these rules on its own, it will require a new rulemaking process. That takes time, requiring a public comment period, and it’s also — like any rulemaking — subject to legal challenge. Green groups will likely go after all these moves, arguing that they violate laws like the Clean Air Act that charge the EPA with protecting public health.

Bringing back the coal industry

Trump pledged on the campaign trail to essentially wish the coal industry back into existence on day one. Unless he’s got a genie in a bottle (maybe that explains Tuesday’s results?), this is a complete fantasy. Coal employment is plummeting for a few reasons: Strip mining and mechanization have reduced the number of miners needed, Appalachian mines have essentially been tapped out, and it’s more expensive to unearth the remaining coal than to burn natural gas or convert to wind and solar. It’s a myth that the Obama administration regulated coal out of existence; that was happening anyway. Reversing Obama’s rules would have a very marginal on coal employment and would only temporarily boost coal use, since economic factors are against it.

Trump has already named the Competitive Enterprise Institute’s Myron Ebell, a noted climate science denier, to head his environmental policy transition team. Trump’s favorite for leading the Department of Energy is oil and gas executive Harold Hamm. His other energy advisers include coal magnate Robert Murray, and pro-fossil fuel Rep. Kevin Cramer of North Dakota. The specter has been raised of Sarah Palin as Secretary of the Interior (which manages much of the federal government’s public land).  Although Democrats can filibuster cabinet appointments, there’s a good chance that most Trump nominees will get confirmed.

The Keystone XL pipeline is back from the grave. With Trump’s election, TransCanada, the company behind the pipeline that would bring Canadian tar sands oil to the Gulf, is ready to finally get the greenlight after the Obama administration’s refusal. The Dakota Access pipeline is also a sure bet, says Trump’s energy adviser Cramer. The president-elect has promised that “private sector energy infrastructure projects” — namely, pipelines and coal export terminals — will get a rubber stamp. Trump has also promised to open more of the oceans and federal lands to mining and drilling. The president has wide latitude to fulfill those promises, with only public opinion standing in the way.

Gutting the EPA, rather than abolishing it

Right-wing Republican candidates always propose eliminating disfavored cabinet departments. But creating and abolishing federal agencies is actually the prerogative of Congress. And although there might be enough votes in the extremely anti-government, anti-environment House GOP caucus to get rid of the Environmental Protection Agency, it would be unlikely to pass the closely divided Senate. Dirty air and dirty water poll terribly, after all. Instead, the death by a thousand cuts imposed on the agency since Republicans took control of Congress in 2011 will likely continue. Republicans will reduce the EPA’s budget and pass laws restricting its powers — like the ones the House Republicans have passed repeatedly for the last six years. Whether the Senate will still have enough votes to reject them remains to be seen.

Trump’s most measured comments on climate and the environment came in his written questionnaire to the group Science Debate: “Perhaps we should be focused on developing energy sources and power production that alleviates the need for dependence on fossil fuels,” his campaign wrote. The above list, however, doesn’t instill confidence that Trump will follow through on a “perhaps.”

Over the course of his campaign, Trump showed himself to be a wildcard on a few other energy issues, like when he said he would protect public lands. “I am for energy exploration, as long as we don’t do anything to damage the land,” he said earlier this year. “And right now we don’t need too much — there’s a lot of energy.”

In August, Trump thought local fracking bans should be upheld. But his energy advisers have walked back many of these comments since then. Considering the fossil fuel team he will put in place, the chances are nil that Trump follows through on a few stray remarks.