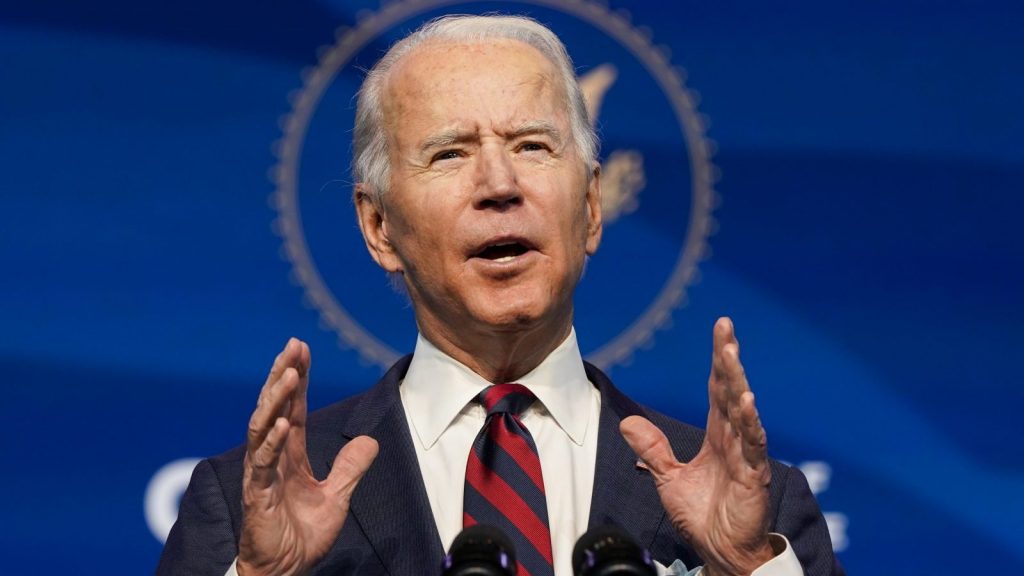 “We need to seize the opportunity to build back and build back better than we were before,” Biden said at an event on Saturday in Wilmington, Delaware, introducing his climate team. “That’s what this administration is going to do with the help of these fine people.”

But that’s a tall order. Biden’s Cabinet will inherit agencies in disarray — the Trump administration rolled back environmental protections, suppressed climate science, and pushed career public servants out in droves. Biden wants to hit the ground running on January 20 with a $2 trillion climate plan that seeks to revitalize the economy, significantly ratchet down emissions, and correct environmental injustices across the nation. His “Climate Cabinet” will be tasked with making much of that happen, especially if Republicans retain control of the Senate and Biden is forced to lean on the powers of the executive branch.

“The policy-making processes that are Cabinet-led are critical to what the president’s ultimately going to try to achieve,” John Podesta, former chief of staff to President Bill Clinton and advisor to Obama, told Grist. “There’s going to have to be real creativity, real attention to using all the authorities that these agencies have, that the White House has, to get the country on the path that President-elect Biden has promised.”

There’s reason to believe that Biden’s Cabinet will be able to get to work on Biden’s climate agenda, even if Republicans try to hamstring climate progress in the 117th Congress. Carol Browner, EPA administrator under Clinton and director of the White House Office of Energy and Climate Change Policy under Obama, says agencies can start regulating greenhouse gas emissions immediately and without Congress’ cooperation. “Whether it’s the work that Transportation and EPA can do on cars and trucks, whether it’s the work the Department of Energy can do on energy efficiency, they all have existing legal authority,” Browner told Grist. “There’s a lot they can do without ever talking to Congress.”

During her time in the Obama administration, Browner worked with the Department of Transportation and the EPA to create the framework to regulate cars and trucks on greenhouse gas emissions. She worked with the Department of Energy to regulate industrial appliances to make them energy efficient. “Those things are significant,” she said. “If done properly and aggressively, they will give you measurable and sustainable reductions.”

Podesta gave a different example of a Cabinet secretary who made a big impact on the environment: Bruce Babbitt. Babbitt, who served as Clinton’s secretary of the interior, moved the needle on conservation in the Clinton administration by encouraging Clinton to use the Antiquities Act to significantly expand the national monument system across the U.S. By the end of his time in office, Clinton had added nearly 6 million acres of protected land to the national monument system. “That doesn’t happen by chance,” Podesta said. “Babbitt was a particular champion.” Haaland, a major proponent of conservation and, if confirmed, the first-ever Native American cabinet secretary, could lobby Biden in a similar way to expand protections to not only land, but tribes and their respective cultural and natural heritages, too.

And while it’s true that Biden’s Cabinet has a mountain of work ahead of it, to borrow a phrase the president-elect wore thin on the campaign trail, his nominees can walk and chew bubble gum at the same time. “They have their work cut out, but it’s not an impossible battle by any means,” Browner said. “You can have a group of people working on fixing all of the bad stuff Trump left behind and you can have another group moving forward… There’s no reason you can’t call the car companies in on day one and say, ‘Let’s talk about how many electric vehicles you’re gonna make by what year.’”

There’s another reason why Biden’s administration will be well suited to pushing through climate policy: Biden hasn’t just appointed climate hawks to head the departments that traditionally deal with the environment, like Interior and EPA; he’s also appointed people with solid climate records to head other departments across the federal government. He tapped Janet Yellen, former chair of the Federal Reserve under Obama, to head his Treasury Department. Yellen has a record of talking about the risk climate change poses to global financial stability. He intends to put former South Bend, Indiana, mayor and rival presidential candidate Pete Buttigieg in charge of his Department of Transportation. During the Democratic primaries, Buttigieg released a $1 trillion plan centered around updating and equalizing the country’s infrastructure. Biden will nominate Xavier Becerra, the California attorney general who has sued the Trump administration over its environmental rollbacks more than 50 times, to lead his Department of Health and Human Services.

“You want people across the government to embrace the program that Biden has laid out,” Podesta said. “It’s really a whole-of-government thing.”