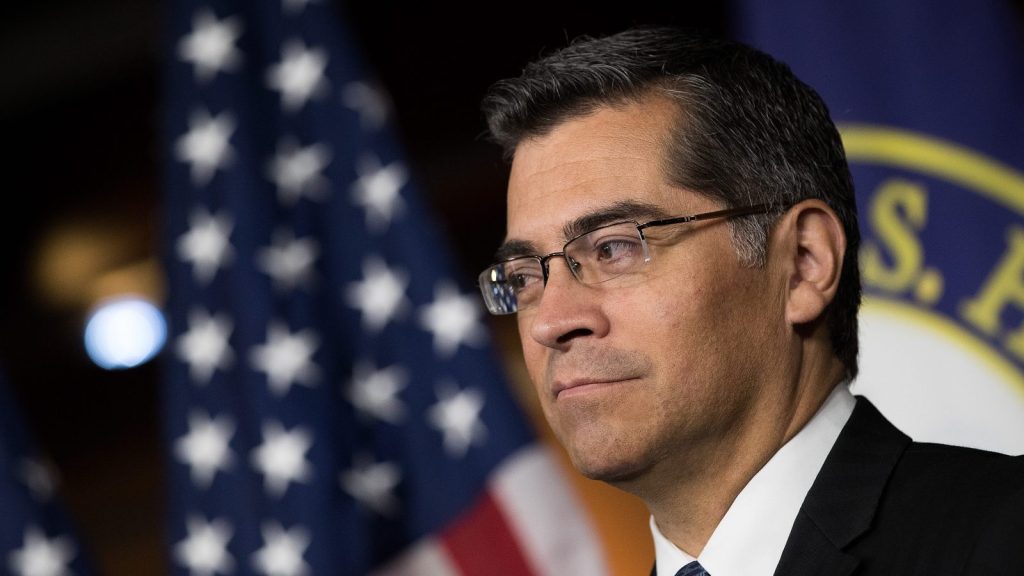 Xavier Becerra, the first Latino attorney general of California, has been a thorn in the Trump administration’s side since President Donald Trump moved into the White House nearly four years ago.

Becerra and a battalion of Democratic attorneys general have taken Trump to task over health care, immigration, and much else, but time and again Becerra singled out the environment as his issue of choice, leading challenges against the administration’s assaults on the National Environmental Policy Act, regulations limiting methane emissions from oil and gas facilities, and California’s vehicle efficiency standards, among other things. He filed more than 50 lawsuits against the Trump administration over its handling of the environment.

Becerra is now set to hang up his boxing gloves and assume a much friendlier relationship with the White House. On Sunday, President-elect Joe Biden nominated him to head up his Department of Health and Human Services. If he’s confirmed by the Senate, Becerra’s first task will be to lead Biden’s national strategy to contain COVID-19. It’s a big job: Becerra will have to salvage the limited remains of Trump’s disastrous pandemic response, battle a vicious second wave of infections, and oversee the rollout of multiple coronavirus vaccines.

Once he’s done with that, Becerra could turn to an even trickier crisis: the public health effects of climate change. Last week, a major report in the medical journal The Lancet outlined the myriad ways in which rising temperatures and other consequences of climate change are worsening public health around the globe. The researchers found that heat, wildfires, infectious disease, livestock production, and other climate-related risks are straining healthcare systems already buckling under the weight of the COVID-19 pandemic. In the longer term, the report demonstrated that climate change threatens to undo the past 50 years of gains in global public health.

The Biden campaign hinted that it may be the first White House to address climate change as a public health issue. In the lead up to the general election, the Biden campaign unveiled a reimagined health department, proposing an “Office of Climate Change and Health Equity” modeled after the Office of AIDS Research established in 1988 by President Ronald Reagan. He also said he would establish a “Health Care System Readiness Task Force” that would “assess the current state of the nation’s health care system resilience to natural disasters and recommend strategies and investments to improve it.”

Becerra could go beyond those recommendations. On Monday, Evergreen Action, a climate policy and advocacy group started by former presidential campaign staffers for Governor Jay Inslee of Washington, unveiled five ways the department could help mobilize a national climate change response, some of which build on parts of the Biden campaign’s platform. “Biden’s choice of Attorney General Becerra signals that HHS is prepared to prioritize climate like never before,” the group said.

Evergreen Action suggests Becerra could use the Low Income Home Energy Assistance Program, a federal program aimed at helping low income families with energy costs, to help states pay for renewable energy projects, energy efficiency, home electrification, and weatherization. Such a directive would help low-income Americans through the economic fallout of the pandemic, the group says, by lowering energy bills. Becerra could also tap the National Institutes of Health, the largest public funder of biomedical research in the world, to fund more research into the consequences of rising temperatures on public health. The NIH currently spends less than 2 percent of its budget on climate-related research.

“The climate crisis is a threat multiplier set to exacerbate every existing public health disparity,” Evergreen Action’s report said. “HHS must treat climate like the health crisis that it is.”

There’s reason to believe Becerra will do just that, even without taking his lawsuits against Trump’s assault on environmental regulations into account. Becerra earned a 91 percent lifetime score from the League of Conservation voters for his more than two decades in Congress representing California.

In an interview with Grist earlier this year, Becerra said conservation was a virtue he learned as a byproduct of growing up in a working-class, Mexican-American household. In his home, turning off the lights, saving food, and cutting down on trash became second nature. “At the end of the day, you find that out of necessity you become really good stewards of the land,” Becerra said.