The big blue gap in the Green New Deal 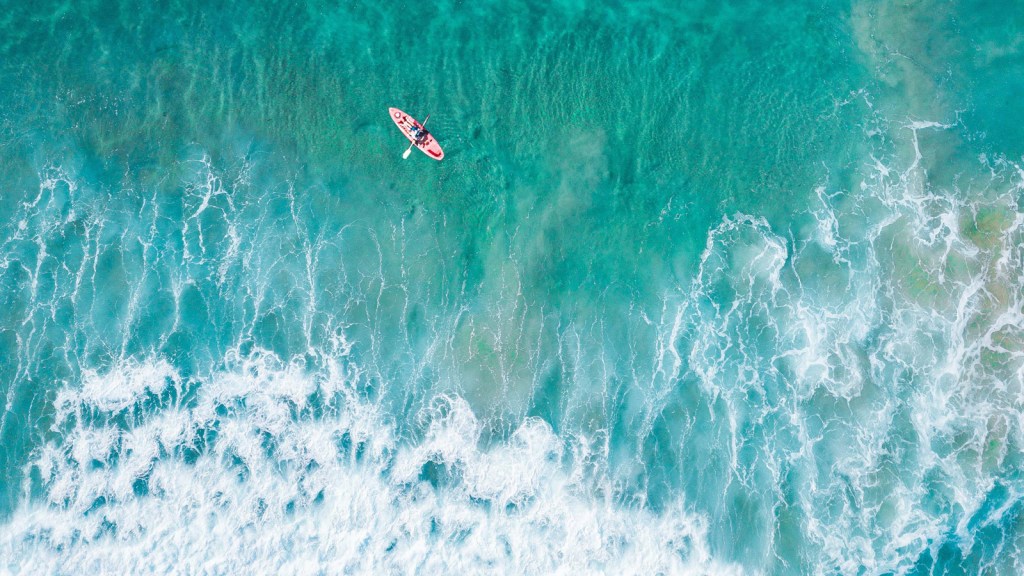 The big blue gap in the Green New Deal

Dr. Ayana Elizabeth Johnson is a marine biologist, founder and CEO of the consulting firm Ocean Collectiv, and founder of Urban Ocean Lab, a think tank for coastal cities. She was named to the Grist 50 in 2018. Find her at @ayanaeliza.

Bren Smith is founder of GreenWave and author of Eat Like a Fish: My Adventures as a Fisherman Turned Restorative Ocean Farmer (Knopf). Find him at @greenwaveorg.

In February, Representative Alexandria Ocasio-Cortez and Senator Ed Markey introduced a resolution to Congress calling for an ambitious re-imagining of the U.S. economy — one that would tackle both climate change and inequality. Now with 94 co-sponsors in the House, 12 in the Senate, and broad support among Democratic presidential hopefuls, this vision is called the  Green New Deal.

The Green New Deal resolution spans energy, transportation, farming, health care, and employment. But there’s a key piece that’s been overlooked: the ocean. The ocean is one of our nation’s greatest resources — not just for recreation and seafood, but also for mitigating climate change.

As a marine biologist, a conservation leader, and an ocean farmer, we all believe that the ocean can go from unsung solution to policy cornerstone. To make that happen, the United States will have to do four things: 1. restore and protect coastal ecosystems; 2. invest in renewable offshore energy; 3. bolster the “blue economy;” and 4. vastly expand regenerative ocean farming.

First, re-plant and re-green our coastlines. This should be core to the Green New Deal’s goals of lowering climate risks, reducing pollution, and removing greenhouse gases from the atmosphere. Marshes, wetlands, seagrasses, and mangroves can absorb up to five times more carbon per acre than terrestrial forests. These ecosystems also provide better and less expensive flood and storm protection than seawalls — wetlands prevented $625 million in damages during Hurricane Sandy. Every dollar spent now to reduce risks from disasters will save around seven dollars in damages later. Plus, these investments help protect poor communities and communities of color that are often hardest hit by climate change-strengthened storms.

We could start by fully funding the National Oceanic and Atmospheric Administration’s (NOAA) Coastal and Estuarine Land Conservation Program, and creating a Climate Conservation Corps that includes an emphasis on coastal resiliency projects.

Second, invest in technology that generates electricity from offshore wind and waves. This will be key to achieving the goal of generating all of the country’s electricity with renewable, zero-emissions technology. Offshore wind projects can generate more energy than turbines on land — and more reliably — due to stronger and more consistent winds at sea. Wave and offshore solar energy can also help meet our energy needs. This makes good sense geographically, given a large portion of Americans live near the coasts. When sited carefully, this industry can also create job opportunities without conflicting with existing ocean uses.

Third, bolster and modernize ocean industries from fishing, to shipping, to tourism. Reaching the Green New Deal goal of creating millions of good, high-wage jobs is only possible with a thriving blue economy. This sector is worth over $352 billion in the United States annually, and employs over 3.1 million people. Commercial fishing must be managed more dynamically as fish migrate toward the poles, away from warming waters. Shipping is in need of a major transformation – if it were a country, it would be the sixth largest greenhouse gas emitter globally. Coastal tourism and recreation — which requires a healthy ocean for surfing, swimming, and fishing — is responsible for 72 percent of blue economy employment and 31 percent of its GDP.

One important step here is to pass the Keeping America’s Working Waterfronts Act, to ensure local communities have the coastal access and infrastructure needed to fuel this economy.

Fourth, expand eco-friendly ocean farming. The Green New Deal aims to provide good jobs and to feed our growing population, while drawing down atmospheric carbon. So it’s great that the resolution mentions sustainable agriculture, but it should not overlook regenerative ocean farming. Growing seaweeds, oysters, clams, and mussels near the coast would absorb millions of tons of carbon and buffer the impact of storm surges on local communities. And what isn’t consumed by people can be turned into potent organic fertilizers and animal feeds. Researchers at the University of California at Davis found that adding dried seaweed to a cow’s diet can reduce their methane emissions by nearly 60 percent.

Regenerative ocean farming could create millions of jobs, and should be supported under the Green New Deal’s aims of transitioning to sustainable farming and ensuring all Americans have access to healthy food. Federal support should include creation of a blue carbon fund, administered by NOAA, that rewards ocean farmers for carbon and nitrogen sequestration, and inclusion of shellfish and seaweed in the Federal Crop Insurance Act.

Of course, there are other reasons that the ocean and coasts should be a priority as we tackle climate change. According to the National Climate Assessment, sea level rise could be around 6 feet in the next few decades, which would “reshape the U.S. population distribution, with 13.1 million people potentially at risk of needing to migrate… by the year 2100.” According to Surfrider Foundation’s State of the Beach Report, nearly 75% of coastal areas are not prepared for future sea level rise.

We can’t hold back the ocean; we must proactively plan for and adapt to sea level rise. Infrastructure investments must not be made in places that will be inundated, and we must overhaul flood insurance to stop funding reconstruction in high-risk areas, and instead help people move out of harm’s way. If we ignore this science, we risk wasting huge amounts of funding and further entrenching inequality, instead of ensuring resilience for future generations.

While rising seas represent material threats to coastal communities, the ocean can, and should, be a big part of the solution — it can catapult us toward the Green New Deal’s vision of simultaneously improving our environment and economy, while reducing inequality. With over 40% of the U.S. population (and rising) living in coastal counties, ensuring the ocean is included in Green New Deal policies is not about directing funds to protect “coastal elites,” but about protecting tens of millions of Americans of all classes and races where they live. Our food security, jobs, economy, and safety, not to mention cultures, depend on the ocean.