Wanda Kashudoha Loescher Culp is a Tlingit artist and activist, and the Tongass coordinator for the Women’s Earth and Climate Action Network (WECAN). Osprey Orielle Lake is the executive director of WECAN and author of the award-winning book “Uprisings for the Earth: Reconnecting Culture With Nature.”

Within the Alaskan homelands of the Tlingit, Haida, and Tsmishian peoples, there is a saying: “When the tide is out, the table is set.” Cascading from the highest peaks, down to the lowest tide, life thrives in this unique ecosystem, providing sustenance and nourishment for Indigenous and local communities. From the beach asparagus that pokes out along the oceanside to the salmon that make their way along the woodland rivers to their hereditary spawning grounds, the forest feeds, heals, and endures.

The Tongass National Forest is the largest intact temperate rainforest remaining on Earth, spanning 500 miles of southeast Alaska, providing habitat and refuge to more than 400 wildlife species, including some of the highest concentrations of wolves, bears, and eagles in North America. The forest, approximately the size of West Virginia, is also the foundation of traditional Tlingit lifeways, from cultural and spiritual practices to the food and medicines they depend upon — a tether to ancestors who have lived in reciprocity and respect with this land since time immemorial.

Now it is under attack. On October 29, the outgoing Trump Administration exempted the Tongass from the hard-fought 2001 Roadless Rule, opening more than 9 million acres, including vital old-growth trees, to industrial logging, roadbuilding, and other potential development such as mining.

Old-growth trees are the anchors of the forest biome. In the Tongass, some have been alive for more than 800 years. Not only do these trees provide a rich understory in which biodiversity thrives, studies demonstrate that old-growth trees absorb and store more carbon compared to younger, smaller trees. Heralded as “America’s climate forest,” the Tongass stores 8 percent of the total carbon held in the forests of the contiguous United States.

By reopening the forest to further destruction, we will lose one of the nation’s most important carbon stores, perpetuate food insecurity in a region highly dependent on subsistence living, and further escalate biodiversity loss and the global climate crisis.

In June, nine Native Alaska tribes filed a petition with the U.S. Department of Agriculture to stop the repeal of the Roadless Rule, stating, “The Tongass can no longer be viewed as stands of timber waiting for harvest,” but rather a resource for the benefit of its local people and the climate at large. 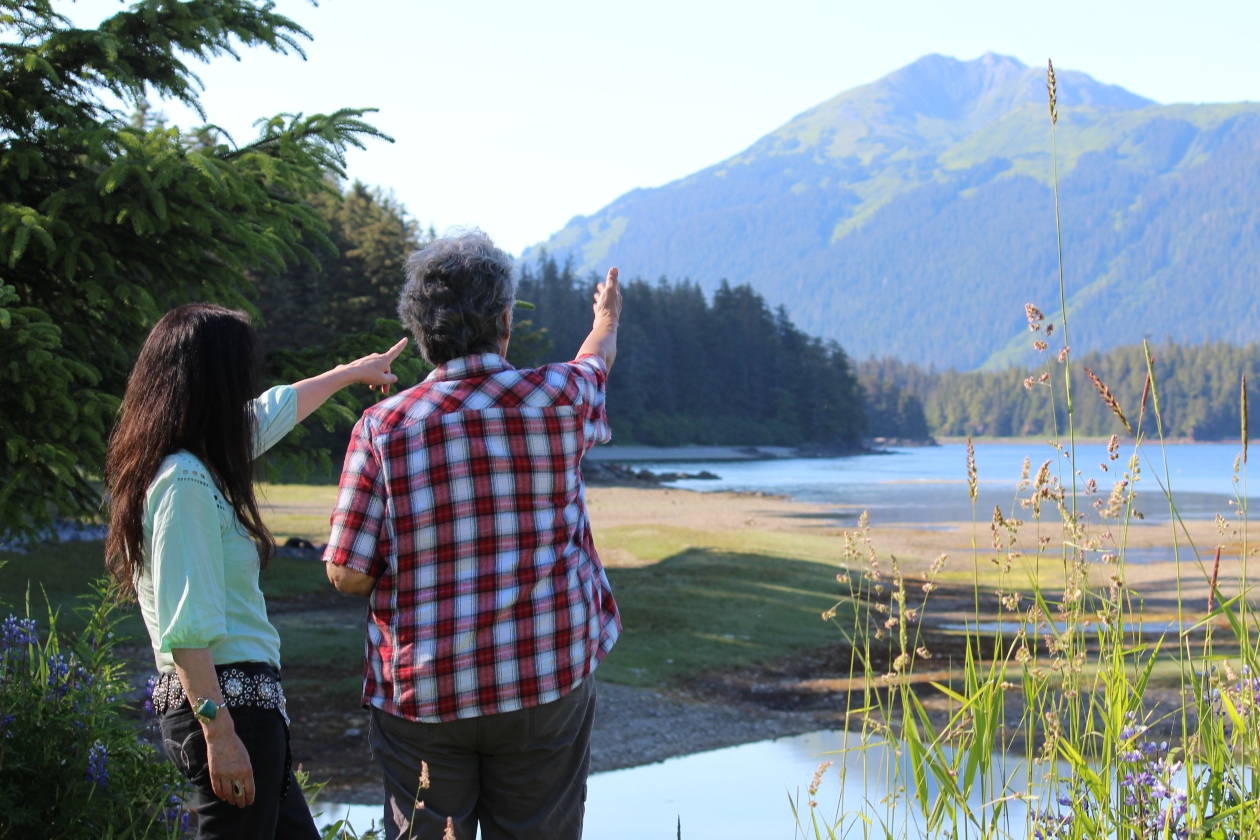 The fight for the Tongass started in the 1970s when the timber industry first wounded the forest, razing entire stands of old-growth trees, poisoning rivers through acidification, and altering the landscape indefinitely. In 2001, the Clinton administration halted logging and development in many of our country’s forests with the national Roadless Rule. The Tongass is healing, with second-growth stands finally flourishing, yet large swaths of stumps serve as a reminder of what can and will be lost if the forest is opened again to extractive industries.

That is why the organization we lead, the Women’s Earth and Climate Action Network, joined several others — including Earthjustice, Natural Resources Defense Council, several Alaska Native tribes, southeast Alaska small businesses, and conservation nonprofits — in filing a lawsuit in December challenging the exemption.

Proponents claim reopening the Tongass will support local economies and prop up the timber industry. However, the USDA’s own analysis shows such a move will not create any new logging jobs or income. In fact, the timber industry comprises less than 1 percent of the economy in southeast Alaska, while fishing and tourism, which rely on an intact forest, make up almost 25 percent of the regional economy.

This month marks the 20th anniversary of the Roadless Rule. While we are seeking a legal remedy, we are also looking to the Biden administration to show bold climate leadership. We are calling on President-elect Biden to swiftly initiate a new rule-making process within the Forest Service to reinstate roadless protections in the Tongass. If we are to meet the goals of the Paris Climate Agreement, which Biden has pledged to rejoin, we need to protect old-growth forests — thus protecting the Tongass should be at the top of the Biden administration’s agenda.

In 2021, as movement leaders redouble their efforts to repair and reweave our society toward justice and well-being, we know the Biden administration must act quickly to implement policies and practices that uplift the leadership and solutions of grassroots and frontline communities. A critical aspect of getting the U.S. back on track is to protect, respect, and implement the climate solutions we already have, including Indigenous peoples’ rights over lands they have stewarded with great care for thousands of years.

As spoken in the Tlingit language, the As Kwani, or Tree People, are all of our relatives, and the trees need us to stand with them now and fight for a livable future.

Chronic illness doesn’t stop me from enjoying the outdoors. Ableism does.

Public banks can help make real climate progress. Why is there only one in the U.S.?