This story is part of Fix’s Outdoors Issue, which explores how we build connections to nature, why those connections matter, and how equitable access to outside spaces is a vital climate solution.

Our ancestors relied on the land and sea to sustain themselves. They hunted, fished, planted, and navigated the ocean by the stars — practices that emerged from specific locations and were accompanied by rich cultural customs. While these traditions have endured for some, modernization has robbed many people of their connection to the land. And for immigrants and people of color especially, the severing has often come from displacement, forced assimilation, environmental degradation, and barriers to owning or accessing land.

The threat that these forces bring to bear hasn’t gone unnoticed — or unanswered. Scores of organizations are reclaiming land-based traditions. Jewish farmers, for example, are looking to the Torah for practices like the shmita year, a mandated season of rest and regeneration for the land. The Eyak people in Alaska are farming kelp, an ancient and nutritious food source that revitalizes marine ecosystems and sequesters carbon. These traditions provide more than just livelihoods and belonging; they offer insights for navigating a planet under stress.

Fix spoke with five people representing a diversity of histories and customs about how they are reconnecting with their ancestral traditions. Each is guided by the conviction that their heritage provides the nourishment and know-how we can’t afford to lose. Their comments have been edited for length and clarity. 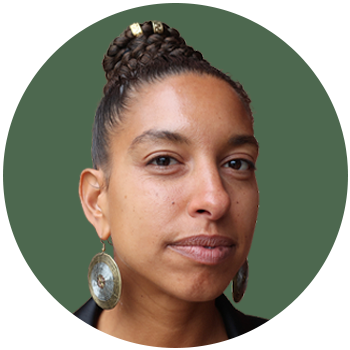 Leah Penniman is the co-director and farm manager of Soul Fire Farm, an Afro-Indigenous community farm in Petersburg, New York, and the author of Farming While Black.

There’s a false narrative that Black people’s only relationship with land is through chattel slavery, and that all the good ideas around sustainable ag are either ahistorical or European. Afro-Indigeneity in agriculture is really about reclaiming the truth of [our] noble agrarian legacy, and adopting and building upon those ancestral practices.

My nickname on the farm is “Perennial Papa,” because I’m completely obsessed with perennials. I’ve been turning our annual production into jaden lakau, which is Haitian Creole for “house garden,” and includes fruit trees interspersed among mint, bee balm, chamomile, and other medicines. They’re high-yield, they reduce pest pressure, and they attract pollinators. We also use silvopasture, which is the planting of trees and shrubs in a grazing pasture such that carbon is sequestered, animals have access to shade and to forage, and the manure from the animals fertilizes the trees. [The climate-solutions nonprofit] Project Drawdown has identified silvopasture as an important solution to climate change.

Afro-Indigenous agriculture includes the darker compost-making of the women of Liberia and Ghana. It includes the practices of the Ovambo people in Namibia who do mounding and raised beds. Earth-building is also an Afro-Indigenous technology, echoed across many Indigenous people.

A lot of people come through our programs at Soul Fire Farm [asking] not just, “How do I run a farm business that can support my family?” but, “How do I connect to the cultural and ancestral practices related to land that may have been lost in my particular lineage?”

The obvious moment of divorce was when [millions of] Black people were ripped away from their indigenous homelands, and then the trauma associated with chattel slavery and all of its incarnations left a mark. And then there was the Great Migration, when a lot of folks started to measure success as getting as far away from the land as possible. Folks are now a couple generations away from that acute trauma and realizing that, in leaving behind the red clays of Georgia, there’s also a huge amount of cultural and spiritual belonging that was left. 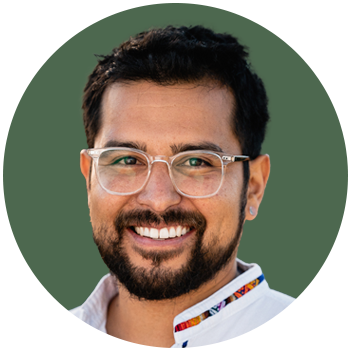 Ángel Peña is the executive director of Nuestra Tierra Conservation Project, founded by conservation advocates who identify as Latinx/Latine/Hispanic working on outdoor equity and accessibility in the Southwest.

We’re public-land rich down here in southern New Mexico. That said, I’m a first-generation Mexican American, and the Border Patrol is a real living entity here on the southern border. They run around in big trucks, fully armed, and cause all sorts of ruckus on our public lands. I can tell you that initially, [spending time outdoors] was very intimidating, just because of where I come from.

The Nuestra Tierra Conservation Project was born because we wanted to get our youth out, because we didn’t have those opportunities. In El Paso, Texas, the only state park was $5 a head. For my family, it was a very real barrier in addition to the time and the know-how, which is why we are laser-focused on sourcing everything from putting gas in the car to appropriate equipment [for youth].

Folks have always interacted with the landscapes around them — fishing, bird hunting, pheasant chases. These are traditions that have been going on from time immemorial. For us, it’s always: Where’s the next generation? How are we including them? I am very excited to be putting a couple of amazing youth hunters in the truck, and we’re going to explore the Bootheel of New Mexico. We now have the time and space to re-engage with these lifelong traditions.

It behooves us to continue to be better at engaging and interacting with the landscapes all around us. Sportsmen and women are some of the biggest conservationists out there. And we, along with Congresswoman Veronica Escobar, are asking the president to use the Antiquities Act to designate Castner Range as a national monument, which would absolutely add to our strong swing against climate change.

Can we imagine the opportunity to really know where we came from and how we got here, and how important tradition and culture and learning experiences are? That’s what conservation means to us. It means singing, it means dance, it means community. That really is what’s at stake. 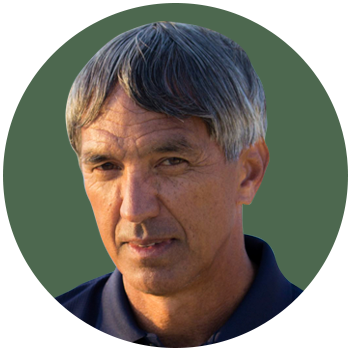 When I graduated from high school, I knew nothing about my ancestry, how they got to the middle of the Pacific Hawaiian Islands, how they were the greatest navigators of their time. It wasn’t taught in schools, so we were really on the cliff of the dark, black road of extinction — culturally, linguistically, everything.

I was a student of and witness to the miracle of the Hawaiian Renaissance in the 1970s, where extraordinary visionaries built a replica of a deep-sea voyage canoe powered by the wind, then found one of the last six master navigators from Micronesia, Mau Piailug, to be our teacher. We need a similar renaissance for the globe.

Our mission is called Mālama Honua, which means to care for our Earth, and our pathway to the world that we want to live in is through education.

Hōkūleʻa, our traditional voyaging canoe, uses no fossil fuels. We have an escort boat for safety, and originally we powered it with solar panels, but in the end we had to switch to diesel engines powered with biofuels. The navigation system is based on stars and other clues — we look at planets, the sun, the waves. We see birds that nest on certain islands and follow them. It’s really trusting that nature has given you all the clues. Nature is going to show you the way.

I think that experiences like this on the ocean for 20 to 25 days will change every single crew member. The way we learn today is disconnected from nature in a deep way. [But our] education is on the deck of canoes. We sail to learn about the earth, because you can’t protect what you don’t understand. If you’re talking about climate change, you’ve got to protect the oceans. 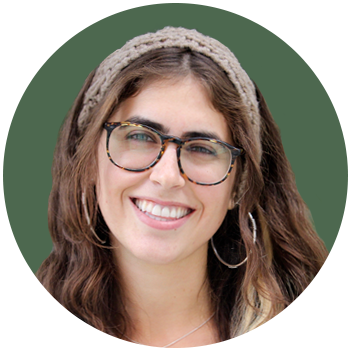 Shani Mink is director and cofounder of the international Jewish Farmer Network, which teaches traditional agricultural knowledge and expertise to create a more just and regenerative food system. It developed the Jewish Seed Project to revive ancient Jewish crops.

The original story of the Jewish people is of an agrarian people building their spiritual expression, festivals, holidays around an agrarian lifestyle. And for some Jewish people, it consistently has been that story. But there are so many stories — exile, persecution, displacement — that came in and have obscured this old [one].

Sometimes I think of a painting. I imagine a pastoral, agrarian scene. And over it is a picture of an American businessman or an American doctor. To a lot of folks, what it looks like to be Jewish in the modern world is so sterile and far from anything like farming. That’s why [the Jewish Farmer Network] exists, because people have that sort of visceral, “Wait, these two things, [Jewish and farmer], can exist in the same sentence? [They] can mutually reinforce each other?” — which is this big cognitive, spiritual, emotional leap over generations of trauma and internal and external anti-Semitism.

Every seven years is the shmita year, where we let the land rest and we’re forced into an awareness of nature. You can harvest and glean, but you’re not dragging your tractor over your land, compacting and eroding your soil, and disrupting the biodiversity. [Shmita is made possible] through planting more perennials, investing in fermentation, in storage crops. If we actually give [the land] true rest every seventh year, then it’s able to go into the next six years with a greater degree of vitality and resiliency.

Myself and my team, and also the wider world of Jewish environmental education, we’re slowly chipping away at the paint to reveal this story that’s hidden underneath, filled with so many nuggets of wisdom and ancient and yet visionary technologies for how to live in right relationship with the Earth. 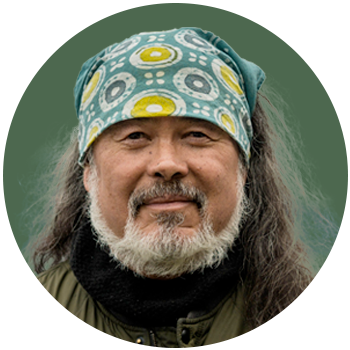 Dune Lankard is the founder and president of the Native Conservancy, the first Native-led and owned land conservancy in the U.S., focusing on habitat restoration, Indigenous food sovereignty, and cultural revitalization in Alaska.

When I think about our connection to the land and to the ocean in this climate fight — we’re the ones who make our living on the ocean. We’re still fishermen, we still gather berries and have fish that go through the Copper River Delta. After the Exxon Valdez oil spill, a lot of people never went out into the dead zones. We fished in the dead zones and knew what a collapse it was.

The power of place to me has always been the bounty, the beauty, the abundance — the trees, the freshness of the air, the saltwater on your lips. The Indigenous peoples were the original guardians and stewards. [With the threat] of ocean acidification, ocean warming, ocean rise, the need for Indigenous peoples’ stewardship is now much greater.

I found this book by [seaweed expert] Dolly Garza, who wrote about kelp and Indigenous peoples’ relationship to it, and found that thousands of years of history were tied to harvesting of kelp and herring roe. So what I’m doing is organizing the Indigenous peoples to build a Native kelp [farming] cooperative. Kelp can sequester carbon five to 20 times more than living terrestrial forests. Here’s an opportunity to actually do something regenerative and do it for the ocean.

The Indigenous peoples want to be a part of the restoration of the ocean, because they’re the original stewards of the land. They want to feed their people with traditional food sources. They want to build a regenerative economy that relocalizes lost jobs in their villages.

[The Native Conservancy] makes sure [our youth] all get out on the water, that they make that connection with wild places because that’s what revives your spirit and maintains your culture. We want to teach them how to reappropriate their relationship with their traditional food sources. [If we don’t], what’s going to be lost is the ability to not only survive, but to thrive.

Our power grids are failing. Distributed energy resources might be our way out.